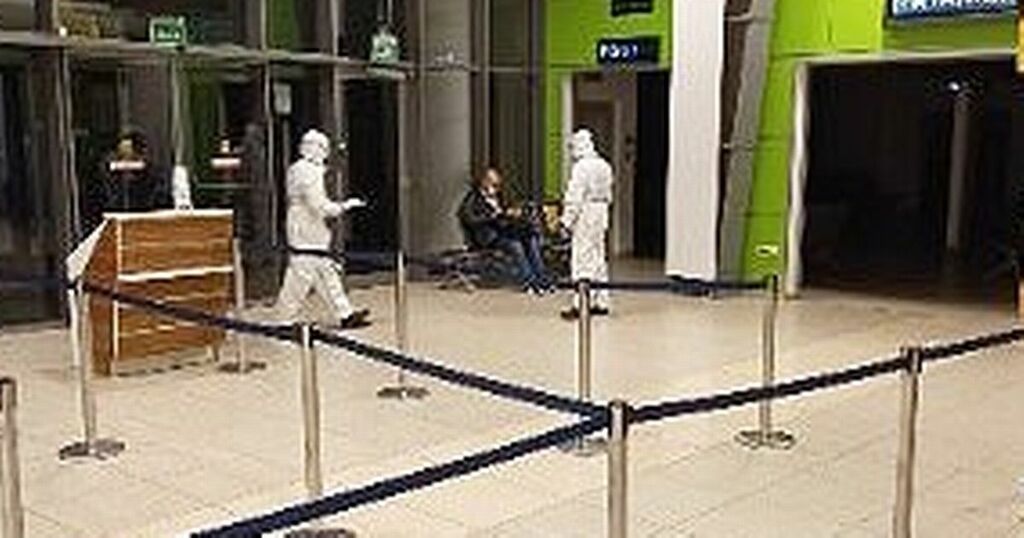 A British man is facing jail in Poland after he allegedly faked a Covid test ahead of his flight back home.

The 39-year-old could be sentenced to eight years behind bars after he reportedly tried to leave Poland with a fake test certificate.

He was detained by border guards at Lodz airport as he tried to board a flight back to Britain.

It is claimed he changed his Covid status from positive to negative on the doctored certificate.

The Brit said he changed the result of the test because he 'wanted to return home quickly', a border guard spokesman told Mail Online.

"According to the sanitary procedure, such a document exempts the traveller from compulsory quarantine in our country, but when returning to the UK, the traveler is required to have a current Covid-19 test performed 72 hours before arrival.

"The result of the test was positive."

The passenger was allegedly caught out when his details were put through the system at passport control.

It highlighted that he was subject to a self-isolation order until the end of the week.

If he is found guilty, he could be handed a prison sentence of between six months and eight years.

Poland is currently on England's amber travel list, meaning anyone flying into the country must take a Covid test in the three days before arrival.

They will also have to take a test after landing in England, with those who are not double-jabbed forced to self-isolate for 10 days.

It comes as the traffic light system for foreign travel could be overhauled within weeks amid speculation that the green and amber lists could be scrapped.

Officials will conduct a formal review of the rules on overseas travel by October 1, which will examine the system of designating countries as red, amber or green due to the Covid-19 risk.

The assessment - which is separate to the regular updates of which countries go on each list - will take in advice from experts from the Joint Biosecurity Centre and "wider public health factors".

Green and amber categories could be axed to simplify the system, which already allows double jabbed travellers to avoid quarantine, according to the BBC.

However the red list is likely to remain in place, meaning travellers from high risk countries would still be required to quarantine.