British Isis fighter El Shafee Elsheikh has been found guilty of involvement in a vast kidnapping operation that caused the deaths of American, British and Japanese hostages.

Elsheikh, 33, was convicted of eight federal charges, including hostage-taking resulting in death, conspiracy to murder US citizens outside of the United States and conspiracy to provide material support to terrorists.

He was found guilty on Thursday by a jury at a federal court in Alexandria, Virginia, following a landmark three-week-long trial and around five hours of deliberation.

That kidnapping scheme led to the killing of American journalists James Foley and Steven Sotloff, and aid workers Kayla Mueller and Peter Kassig. The indictment also holds him responsible for the deaths of British aid workers David Haines and Alan Henning, and Japanese journalists Haruna Yukawa and Kenji Goto.

Over three weeks, the jury heard evidence from former hostages, families of his alleged victims, another former Isis fighter and US officials who interviewed Elsheikh following his capture.

The so-called Beatles, whom the prosecution named as Elsheikh, Alexanda Kotey and Mohammed Emwazi, were accused of at least 26 kidnappings in Syria between 2012 and 2015, most of them westerners. Emwazi, who was killed in a drone strike in 2015, was thought to be the ringleader of the group and carried out the executions of hostages. Kotey pleaded guilty in September 2021 to his involvement in the murders of Foley, Sotloff, Meuller and Kassig, and is due to be sentenced next month.

In closing arguments on Wednesday, prosecution attorney Raj Parekh said Elsheikh had engaged in “systematic, premeditated, and relentless abuse and torture” of hostages along with his co-conspirators.

Elsheikh’s defence team has denied that he was a member of the Beatles, and instead claimed he was “a simple Isis soldier”. But his own words – information he corroborated in interviews with media outlets while in detention – formed a crucial part of the prosecution’s evidence.

Throughout the trial, the prosecution has interspersed testimony from witnesses about their time in Beatles captivity with interviews given by Elsheikh to various journalists.

In those interviews, he named some of the western hostages who he watched over, admitted to collecting emails for use in ransom notes, and to beating them.

“I’ve hit most of the prisoners,” he told one interviewer, in a video shown to the court. “I did have transgressions. I did transgress physically,” he said, when asked about the beatings.

He also tried to justify his ill-treatment of prisoners by claiming it was necessary to keep prisoners in line because they didn’t have a proper facility to prevent them from escaping.

“Subduing prisoners is used as a preventative of escape,” he said.

Elsheikh’s defence team tried to have those videos thrown out of evidence, suggesting that he was forced by his Kurdish guards to give confessions during his detention. That motion was denied by the judge, who claimed wellness checks by US officials who visited him at the jail showed no signs of mistreatment.

During closing arguments, Mr Parekh said those clips were a key reason why the jury should find Elsheikh guilty.

“Let’s start with the most obvious reason to conclude that Elsheikh was one of the three notorious Beatles: he brazenly told you so himself,” he said. “You’ve watched video clip after video clip of interviews in which the defendant admitted to and described in granular detail his integral and essential participation in the crimes we have charged here, which form the horrendous criminal conduct in this case.”

The jury heard from numerous former hostages of the Beatles, who gave harrowing testimony about their time in captivity.

Federico Motka, a former hostage of the Beatles, who described how he and his fellow captives were given dog names by their jailors, who subjected them to a “regime of punishment” for perceived transgressions.

The jury also heard emotional testimony from several family members of hostages that were eventually executed by Isis in gruesome propaganda videos.

Diane Foley, the mother of James Foley, was notified of his killing in a phone call from another journalist in August 2014, nearly two years after his kidnapping while on assignment in Syria.

“I didn’t believe it. It sounded too horrific,” she said. “I hoped it was a cruel joke.”

Earlier, she told the court that James – whom she referred to by his nickname, Jim – had put himself in danger “so that the world would know what was going on in Syria”.

“He was aware of the danger, but said he had promises to keep,” she said.

Speaking after the verdict, Diane Foley spoke of her relief.

“Praise God. I’m so thankful. I’m so proud of the American justice system. El Shafee Elsheikh was treated with a great deal of mercy. He had four attorneys ... Hopefully we were able to turn this into justice, not revenge,” she told reporters outside the court.

She also lamented the government’s failure in bringing her son and other Americans home.

“When we really needed to bring the full force of the government to bear to bring them home, that failed,” she said. “They were abandoned.”

“Today, an eight-year chapter of pain for my family has finally come to an end. While nothing can truly compensate for the hole David’s murder left in our hearts, the verdict provides us with some closure and ensures that all three surviving members of the gang involved in my brother’s murder have now faced justice,” he said.

“My brother and the many other innocent lives taken by this terrorist organisation were never afforded justice. This unanimous judgement is a triumph for society over ills like terrorism and helps differentiate us from the hateful, divisive ideologies that fuel these individuals,” Mr Haines added. 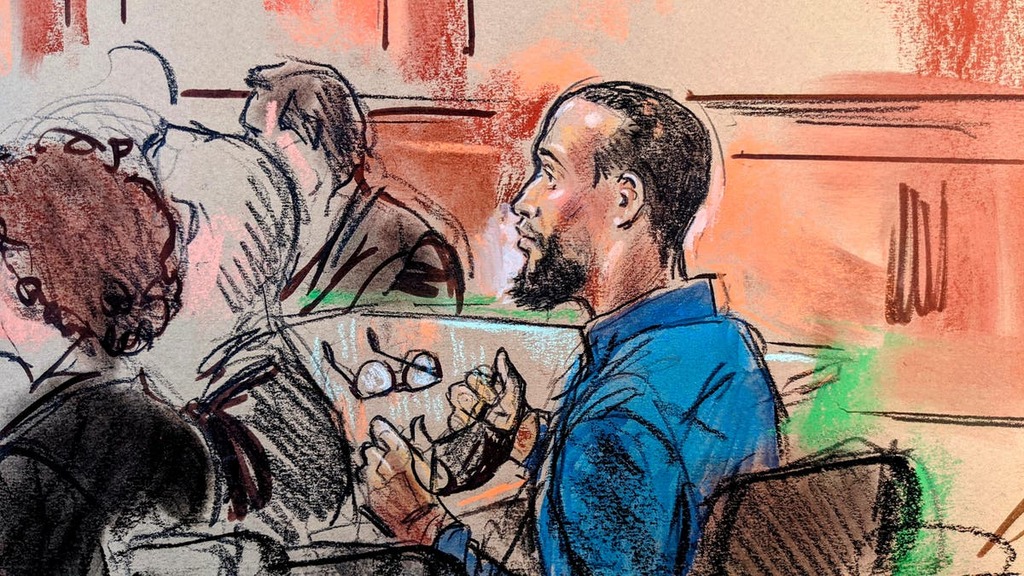 ‘Relentless abuse and torture’: Prosecution wraps evidence in trial of British Isis fighter as jury deliberates
El Shafee Elsheikh denies being one of a kidnapping group nicknamed the ‘Beatles’

A jury began deliberations Wednesday in the trial of El Shafee Elsheikh, a former British national who went to Syria…