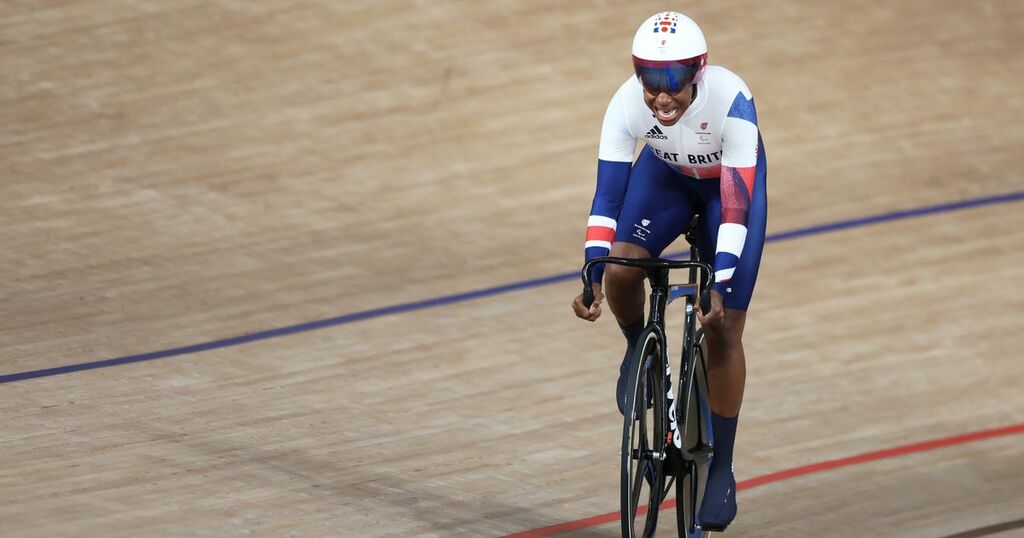 British Cycling will prioritise developing riders from ethnic minorities over the next three years after a shocking statistic emerged from the Tokyo 2020 Olympics and Paralympics.

Kadeena Cox and Kye Whyte were the only two non-white cyclists involved in the showpiece summer events for Team GB.

And as it stands that ratio won't change with the current flock of future stars, with 95% of all riders on BC's talent development programme being white.

To alter this, the governing body has vowed to increase the number of cyclists on that programme by 10% in the next three years.

There's good news for ParalympicsGB too, with disabled riders being targeted as well as those from ethnic minority and low socio-economic backgrounds.

"It flows through every element of the priorities of the strategy," he said.

"We're really keen to start measuring how we succeed in this. It's a real step change for us and we know we've got a lot of work to do."

British cyclists won 36 medals this summer across the Olympic and Paralympic games, adding to successes at previous Games in London and Rio.

But despite their success on the track, off it British Cycling has endured some high profile scandals in recent times.

The body was caught up in a bullying and sexism scandal around the 2016 Olympics with several high profile riders sharing their stories publicly.

And former chief medic Richard Freeman was found guilty at a medical tribunal earlier this year of ordering banned testosterone 'knowing or believing' it was to help dope an unnamed cyclist in 2011.

Facer, who joined British Cycling in January and immediately had to deal with the aftermath of the Freeman scandal, says the organisation has moved on from those dark clouds.

"We have to learn the lessons of the past and make sure we continue to get better and better and continue to change our governance as it's required," he said.

"But the past doesn't equal the future. I have come into an organisation which I think sets the standards, not just for this country, but globally, in terms of the governance measures we have in place. You can see a whole new bunch of riders coming through who really understand the boundaries of where we go.

"We're in a different world to the previous one. If you look at our governance and everything else over the last four or five years, we're in a significantly different place.

"Some of that is reflected when you see the smiles on the faces of the riders at Tokyo. It's about winning with a smile on your face."