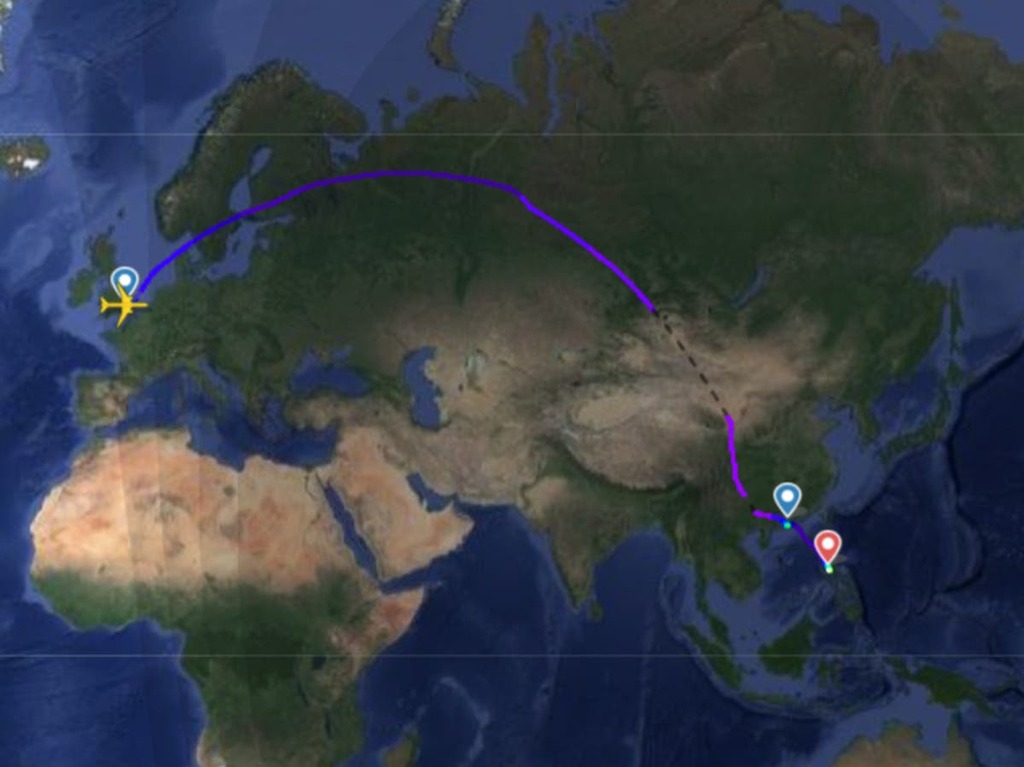 Passengers on a British Airways flight had to spend the entire night on the plane on the tarmac during a diversion that lasted for 22 hours.

Flight BA31 from London Heathrow to Hong Kong on 8 October had made the 11-hour journey without a hitch until the approach to Hong Kong.

Tropical storms thwarted two attempts to land the Boeing 777 aircraft, before a “plan B” had to be deployed and the flight diverted to Manila in the Philippines – 700 miles away.

The plane touched down two hours later, but there were further complications.

A return to Hong Kong wasn’t possible as the storms continued, while Covid restrictions meant most of the passengers were not eligible to enter the Philippines.

The result was that all travellers and crew had to spend the night onboard.

The flight had landed at 4pm local time on Saturday and didn’t take-off again for Hong Kong until 10am on Sunday, meaning passengers were stuck on the grounded jet for around 18 hours.

They finally arrived in Hong Kong at 12pm – following one more aborted landing and “go around” before touching down – approximately 22 hours behind schedule, and 33 hours after first leaving London.

Video shared on social media shows passengers bursting into applause and cheering when the plane landed in Hong Kong.

A British Airways spokesperson told The Independent: “Like other airlines, our flight diverted to Manila due to tropical storm Lionrock, it later safely landed in Hong Kong.

“We cared for our customers on board the aircraft and apologise for the inconvenience.”

Passengers onboard praised BA cabin crew for the way they handled the situation.

“Thank you all,” tweeted one. “Applause in HK for British Airways fantastic crew BA31.”

Another commented: “The crew were all brilliant and handed everything professionally, and were stuck in the same situation. Kudos to British Airways.”