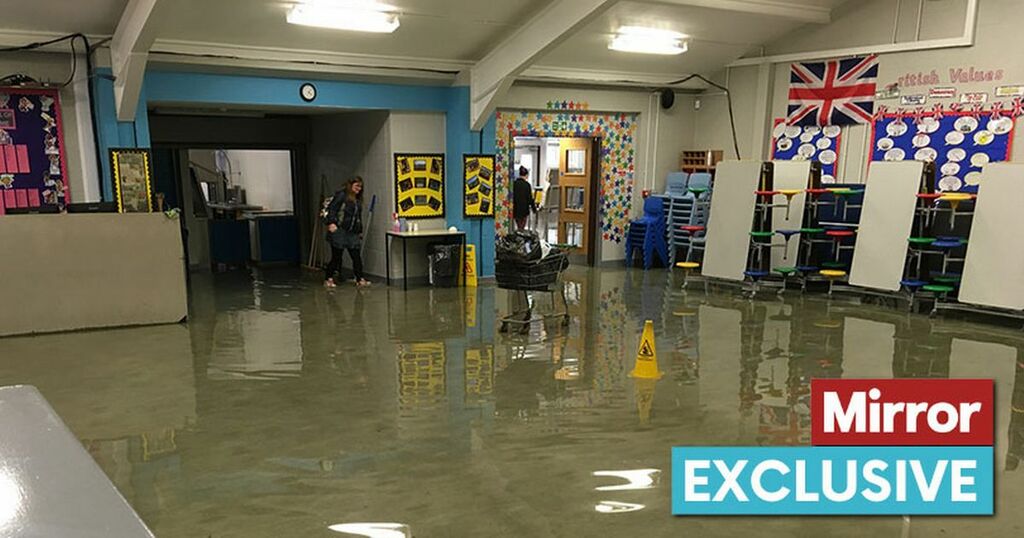 This is the worst-built school in Britain – where flooding, sewage leaks and sickness from toxic fumes have hit students.

Some have never even played on the fenced-off field, filled with ­craters and rubble including dangerous glass and ceramic material.

Head Steve Marsland said: “For five years since the construction finished, some of the kids have been through their whole school life ­having never been on the grass.

“They’ve had to be evacuated because of sewer gas, paddle through sewage with rain pouring in, get sent home due to floods. You name it, they’ve had to endure it.

“We’re in a built-up area next to a motorway and shopping centre, so our kids come to school almost Lowry-esque. This is the only green space in the area but now there is no grass for them to play on.

“People who see it are absolutely flabbergasted. It’s like a war zone. The clowns who have done the construction work have made it a place not fit for children. The year after the work finished our attendance went down from 95% to 60% due to illness from sewage fumes.

“The sewage flooded into our bathrooms and our youngest ­children were actually sat in it.

“One child thought they were doing the right thing by getting on their hands and knees and mopping up the raw sewage.”

In the school’s ­local authority, Tameside, more than 30% of children are on free meals – but flooding has left the school’s kitchen closed for weeks.

Mr Marsland, 62, went on: “We’ve had to close the school six times. This is without all the closures due to Covid so children have been at home for a disproportionate amount of their school days and missing their education.”

The problems have led to the school being closed for up to three weeks at a time.

Mr Marsland, who has been the head for 25 years, says the 19th century building may have to be demolished and rebuilt.

Defunct construction firm Carillion carried out the refurb, costing £2.7million, from 2013 to 2015 – just over two years before it went bust.

Pupils went to a disused secondary school as the work took place.

But on the first day back, they had to be sent home within hours because experts found the building didn’t comply with fire regulations.

Work to patch up problems has already set the school back £670,000 and it could cost £5million to completely resolve them.

The issue was raised in the House of Commons last week by the town’s Labour MP and former Russell Scott pupil, Andrew Gwynne.

The Department for Education is now due to sit down with Mr Gwynne to discuss the issues.

Mr Marsland added: “Luckily we have a great team of staff who have kept morale and progress high, so it’s not affected their education as much as it could have done. But the stress and the strain on our staff and parents has been horrific.”