Britain's Queen Elizabeth attended the Chelsea Flower Show on Monday, the latest of several appearances that have helped to ease public concerns about her health ahead of a national celebration of her seven decades on the throne.

The 96-year-old monarch was driven around the Royal Horticultural Society's annual festival of garden design in West London in a buggy, saving her from having to walk around the show's attractions.

Early next month Britain will honor the queen's Platinum Jubilee with four days of pageantry and celebration. Buckingham Palace has previously said she intends to attend a number of different events.

Last week she made a surprise appearance at the opening ceremony for a new rail line in London and the week before attended a horse show in the grounds of her Windsor Castle.

Earlier in May she missed her annual address to parliament, with the palace citing episodic mobility issues. Until recently, she had not been seen often in public following a night in hospital last October for an unspecified illness. 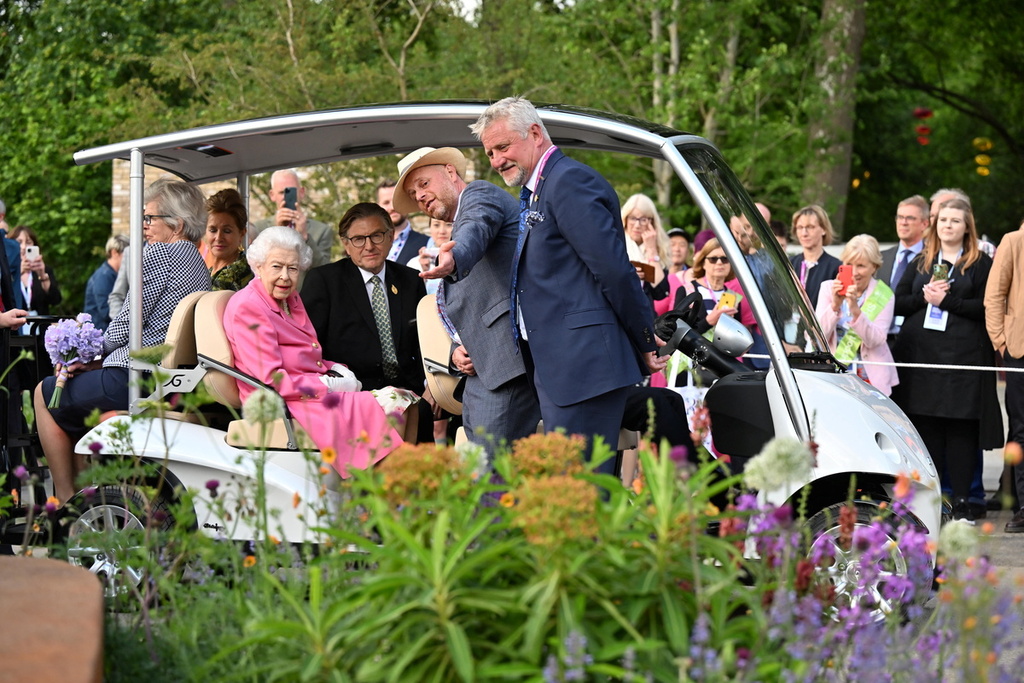