With crying children, accusations of bias and judges pecking each other on the bottom, it's safe to say that Britain's Got Talent has had its fair share of awkward moments.

The coronavirus pandemic meant that fans were forced to wait two years to see the weird and wonderful contestants - and the four judges - back on our screens again after production was cancelled last year in the pandemic.

From doggy doubles and claims of a fix to mass discomfort when a small child was left sobbing on stage, the long-running entertainment programme hasn't been without its controversies...

One of the shows most infamous scandals came back in 2013 when Simon Cowell planted a smacker on Amanda Holden's backside.

This came after 71-year-old Kelly Fox took to the stage in series nine to perform Kiss My Ass, prompting Simon to get a little carried away and plant a smooch on Amanda's bottom.

Some tuning in at home thought the scenes were inappropriate for children. So much so, a member of the National Association of Headteachers described the episode as "scenes no mum or dad with an ounce of morality would want their child to see". Yikes!

Speaking of children, Hollie Steele was just 10 years old when she took part in the semi-final back in 2009 and broke down in tears trying to sing Edelweiss.

She asked if she could start again but was told they had run out of time. Thankfully Simon eventually intervened, allowing little Hollie to sing at the end of the show.

However, the show still came under fire as accusations that BGT was allowing to be exploited began to surface.

Speaking 10 years on from the traumatic performance, Hollie said: “Before I went on to do it… I didn’t have my mum backstage and it was a bit like, this is new to me, it was live as well which was new to me."

The world fell in love with Jules O'Dwyer and Matisse after they were Britain's Got Talent champions in 2015.

But that spark soon fizzled out when the public learnt that imposter pup Chase sneakily stepped in for Matisse for the tight-rope stunt in the semi-finals.

Ofcom and ITV were inundated with almost 1,000 complaints, forcing Simon Cowell to launch an investigation.

No formal action was taken against the act even though Ofcom ruled that viewers had been misled. However they still performed in the Royal Variety Performance, although some irate BGT fans said they didn’t deserve the title.

It's unclear whether Jules is still performing but she was seen in 2018 presenting an award to a therapy dog at an awards show held at Crufts.

In series four of BGT, emotional Jessica Hobson burst into tears when she was criticised by Simon Cowell and David Hasselhoff for singing Beyonce's Single Ladies.

When asked by Ant and Dec if she wanted to respond, she said: "I didn't choose what I wanted to sing. Apparently it was somebody..." Her mic was then cut off, causing fans to question if she had been set up by producers.

Back in 2012, the Britain's Got Talent voting app caused chaos for viewers.

As thousands of fans across the country spent £1.49 to buy three votes to save their favourite acts, a technical glitch during the first live semi-final meant that more than half of votes did not go through.

The app was then halted for the rest of the series.

After investigating the matter, Ofcom ruled that ITV was at fault.

At the end of the audition stage in the 2018 series, judge Alesha Dixon was forced to defend her Golden Buzzer choice.

Contestant Lifford Shillingford wowed the audience and judges with a version of Sam Cooke's A Change is Gonna Come.

Alesha was so blown away she chose him as her Golden Buzzer act, sending him straight through the live semi-finals.

The public weren't quite so happy though, and took to Twitter to rant about the fact Alesha already knew Lifford from back in the day when she was in Mis-Teeq and he'd supported them on tour.

Alesha hit back though and told us: "He's not a friend. That sounds cold, but I don't have his phone number. I haven't seen him in years.

"When I say I know him, I know his music. I remember him from back in the day.

"There were shows that Mis-Teeq were doing that he was too. There was just a mutual respect and understanding between us." 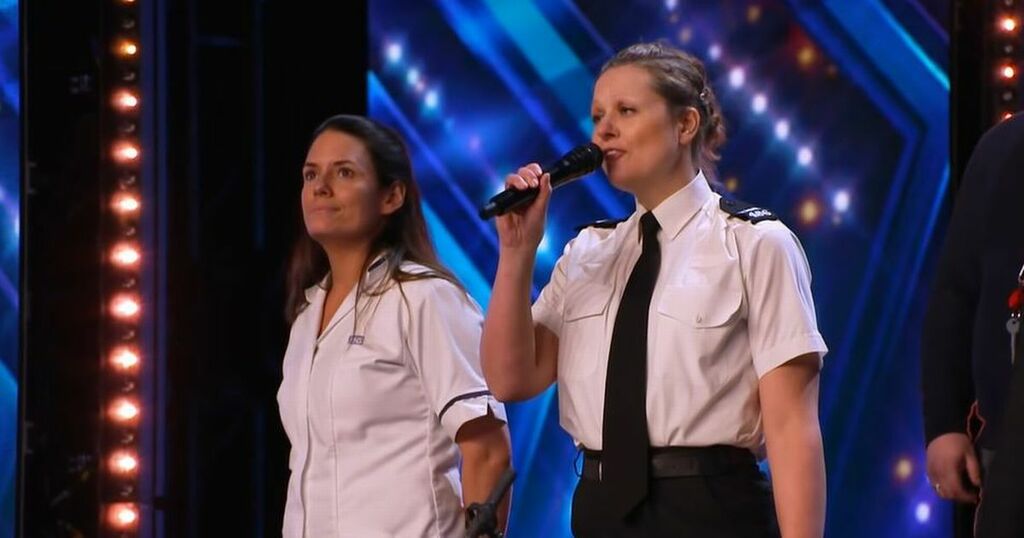 Frontline workers reduce Britain's Got Talent judges to tears with heartfelt audition
After a tough two years a group of frontline workers took to the stage, and the performance really touched many…

Daily Mirror
Britain's Got Talent: Where former winners are now, from musicals to X-rated pantomimes

From major musical roles to Platinum Jubilee Celebrations, here's where the former Britain's Got Talent winners are now