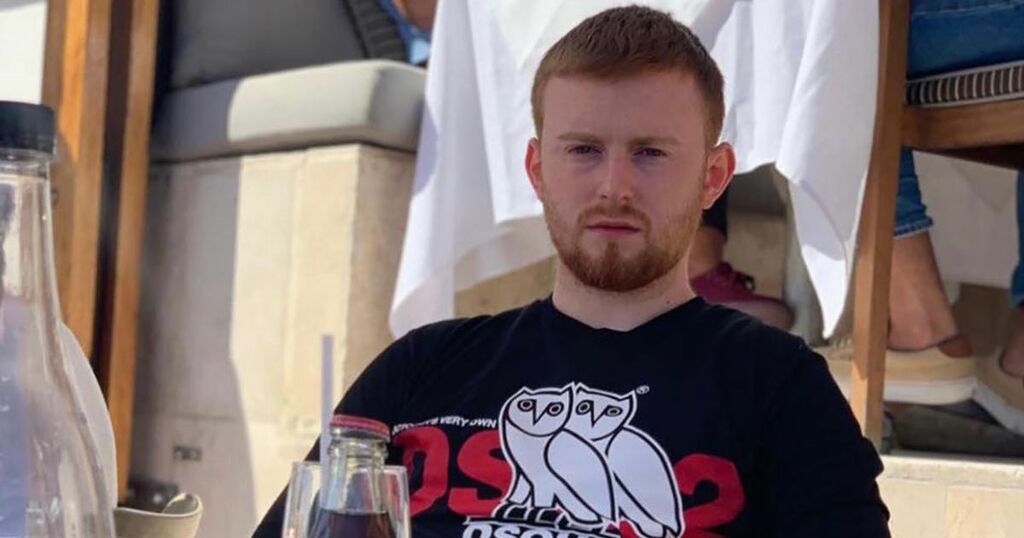 A former semi-pro footballer has been jailed for 25 years in Dubai for drug trafficking after police found four small bottles of harmless cannabis oil he claimed were left in his car by a friend.

Billy Hood, who works as a football coach in the United Arab Emirates, said he was forced to confess to a false statement written in Arabic by heavy-handed detectives.

The 24-year-old from Kensington, west London, said he did not know the bottles of CBD oil and a vape pen were left in his company vehicle after giving a friend from London a lift to the airport two weeks before his arrest.

He was with another friend at his apartment on January 31 when Dubai police pointed a Taser in his face as he went to his car to retrieve a phone charger.

The officers handcuffed Mr Hood and allegedly threatened to electrocute him if he refused to cooperate, then demanded to see the drugs, but Mr Hood claims he no idea what they were talking about.

Mr Hood, who describes himself as an anti-drugs fitness fanatic, thought they had the wrong man and volunteered his property and body to be searched.

The officers told Mr Hood they were interested in him due to social media, but never asked for his phone or computer, his legal team said.

Police found a few thousand pounds in cash in his apartment that his new employer paid him in cash while his bank account was being set up, Mr Hood said.

This was confirmed by his bosses and written in his contract, lawyers acting for Mr Hood said.

Officers also arrested Mr Hood's friend when they discovered him in the apartment.

Mr Hood allowed police to search his company car and gave a urine sample as he believed he had nothing to hide.

Using CBD oil in a vape is legal in Britain and is often used to relieve pain, anxiety and stress, but as it still has traces of THC - the main psychoactive ingredient in cannabis - Mr Hood was detained under the UAE’s strict drug laws.

He was reportedly transferred to Al Barsha police station and kept in an isolation cell for 14 days without any contact with the outside world.

Mr Hood has now been prosecuted and sentenced for 25 years for trafficking, supplying and possession and has been held at the police station for nine months.

After initially refusing to sign a confession at the behest investigating CID when he was taken to a holding cell, Mr Hood eventually gave in after four days of pressure.

Mr Hood, who used to play for semi-pro Kensington and Ealing Borough FC, said he told police when he was asked about the bottles: “To my knowledge, it is normal vape oil.”

When he first refused to sign the document and asked for an English translation, the head officer laughed and told him, “if you do not sign, you will never leave CID,” his legal team said.

Officers tested the urine sample and it came back negative, but after four days of being detained Mr Hood agreed to sign the statement without knowing what it said.

In a statement to his lawyers, Detained in Dubai, Mr Hood said: “I had just moved to a new home in Dubai and a friend of mine came around to see my new place.

“I ordered a food delivery then went to my car to get a second phone charger for him to use when I was suddenly approached by police.

“They jumped out to arrest me, handcuffed me. One officer jumped out and pointed a Taser at me, threatening to use it if I didn’t cooperate.

“They demanded I show them where the drugs are. I was shocked, scared and confused.

“I told them I wasn’t aware or in possession of any drugs or substances. They wanted to search my car then my apartment and found nothing.

"The next evening, I was taken to Al Barsha police station and kept in an isolation cell for 14 days without any hygiene products. I had no contact with the outside world.”

The sportsman could not believe he was being accused of something he is "wholeheartedly against", adding: “I do not smoke vape pens, cigarettes or even shisha.

“I coach football six to seven days a week. I am always working with kids and in schools all over Dubai.

“From age 16, I played football at a professional level for more than two years. I have always had a zero tolerance on any drugs or illegal substances.

“For me to be accused of promoting and selling drugs in a country that has the same beliefs and values as me is very upsetting as it affects my future.

“One of the main reasons I moved to the UAE was to pursue my coaching career. I have spent six-plus years collecting my coaching badges and would never let something such as drugs ruin everything.”

Breda, Mr Hood's mother, described the trauma the family have suffered over the last nine months and begged Sheikh Mohammed, the vice president and prime minister of the UAE, to intervene in the case.

The 55-year-old teaching assistant said: “If he doesn’t win his appeal, we will never be the same. We will have lost our beloved Billy.

“I have hidden myself away, crying and crying when I imagine what our sweet boy is going through.

“It is the worst stress I've ever been through and I feel helpless. He's always been such a good boy and has never been troublesome.

“He helps out children, coaches and volunteers. He's never been into drugs, ever. It is impossible that he is guilty of the allegations against him.

“Please investigate this case, Sheikh Mohammed. My son does not deserve to lose his whole life over CBD oil that wasn't even his.

“The FCO [British foreign office] has done nothing to help us. We are so disappointed. After learning of the other cases where people have been set up by police or falsely accused of a crime, I can't believe the British government has not put this in their travel warnings.

“Would people still go to Dubai if they knew they could lose their freedom even though they've followed the law?

“I know my son wouldn't have. The FCDO [Foreign, Commonwealth & Development Office] needs to tell British citizens and give them the information to decide whether to take the risk or not.”

Billy’s brother, Alexander, has set up a GoFundMe page in a bid to raise money for his legal fees and has so far raised just over £11,000.

He said: “It’s been difficult to cope with Billy’s ongoing detention and the idea that he could be in a UAE prison until he’s 50. Our mother, Breda, is beside herself.

“It’s just not something anyone envisions happening to their own family. How could we? Billy is a healthy, fitness focused guy. Unlike other kids, mum never had to worry about him getting into drugs or smoking.

“We never thought for a moment that going to Dubai could be a one way ticket for him. It’s one thing if you’ve done something wrong but a whole other story when your life is being ruined as though you’re a criminal when you’re not.”