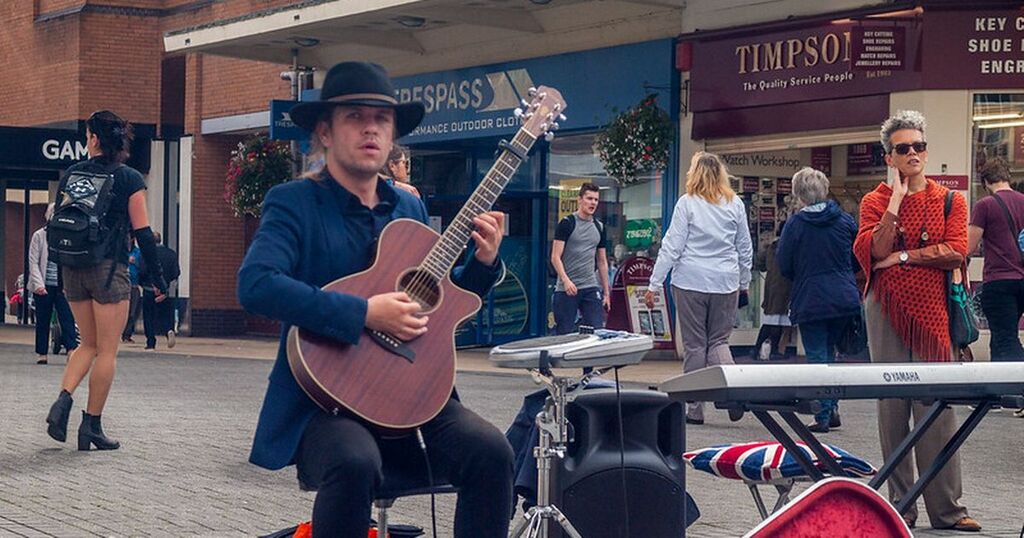 Bosses at Bristol Bus Station are to set up the city’s first official ‘Busking Spot’ where busking will be officially sanctioned and performers will have to pass an audition to play.

The city might be a well-known busking hotspot, with the likes of George Ezra, Phat Bollard and Soeur all performing in the streets of the city centre in recent years.

But until now there has never been an official busking spot which is organised and where performers have to audition for.

First West of England is now inviting Bristol’s performing artists to audition for the chance to take up one of the spots, which will run on Fridays and Saturdays inside the bus station itself.

First’s operations director Chris Hanson said they wanted to bring something extra for bus passengers, and also help musicians out because they’ve had a harder lockdown than most with a busking ban in force until as late as May this year.

“Bristol’s performing arts scene is one of the most vibrant in the country and we wanted to show our support for it in some way,” he said. “We’ve all missed the thrill of listening to live music so we think our customers are going to love this as they pass through the station.

“There is such a large number of people coming through the bus station every day, this is a great opportunity to be seen and heard by literally thousands and maybe even get ‘spotted’ by a talent scout and become the next Ed Sheeran or Sheryl Crow."

Bristol has an formal busking code, which was written up by Bristol City Council in 2017 in conjunction with city centre business leaders, the police and buskers themselves.

It's fairly informal, however - unlike the set-up in Bath city centre where a formal rota exists, or in London, where performers need licences and have to pass auditions to busk in places like Covent Garden and on the Tube.

While Bristol's set of rules don't specify where people can or can’t busk, it does suggest limiting time in one spot to 90 minutes, not busking near cash machines, not blocking shop windows or doors and keeping a lid on the volume levels.

There are a number of popular spots for buskers across the city centre, notably in the centre of Broadmead, at the junction with Union Street, at the top of Cascade Steps by the fountains in the centre and on the western end of Pero’s Bridge - where the uniquely dulcet tones of Bristol’s most famous, or infamous, busker Rob Burn can often be heard.

First Bus is keen to quality control the performers who will play the spots inside the bus station, and people have to send in a clip of themselves performing.

For those who want to audition, they should send their full details and a short clip of themselves performing to busking.bristol@firstbus.co.uk.

Auditions will be held during the week of September 20 in front of a panel of judges. Applicants must be over 18. Only small amplifiers will be allowed and sessions will be a maximum of 90 minutes between 10am and 5pm.

Full details and terms and conditions can be found here.