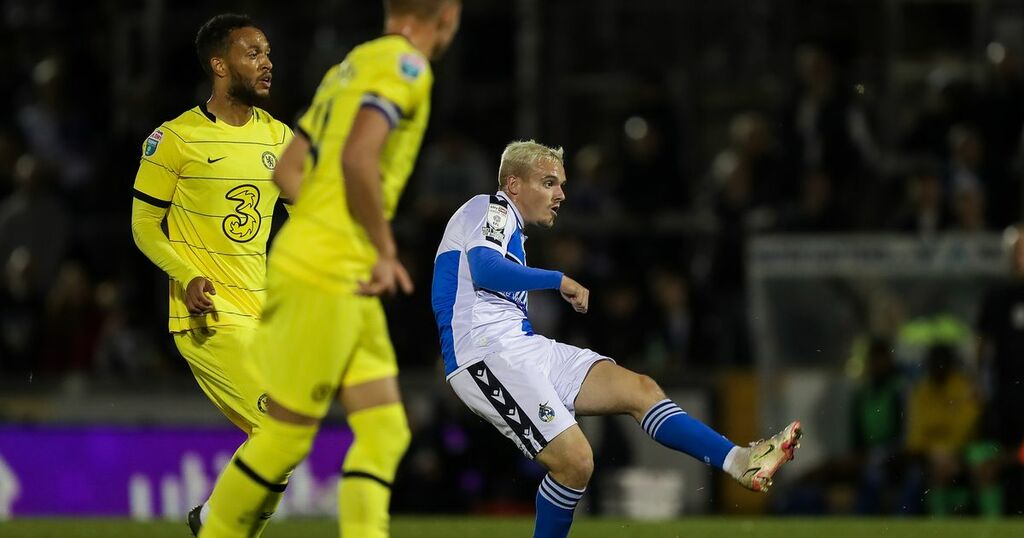 Showed his acrobatic ability to fling himself high to his right to get a fingertip on Xavilr Simons' long-range strike. Continued in the same vein after the break, making further good stops from range. Distribution was excellent. Unlucky to concede twice.

Showed his versatility extends to right back, with his defensive instincts coming in handy to read and intercept a defence-splitting pass to prevent a golden chance for the visitors. Some lax play on the ball in the second half.

Unfortunate to have the own goal go against his name, with a deflection on the cross making it very awkward for him with a Chelsea man ready to tap in. Otherwise, this was an eye-catching debut full of progressive passing from defence and confidence on the ball. Less composed in the second period, but a good first start.

Too casual on the ball in the first half, carelessly hitting his pass against a Chelsea man to concede a chance. That woke him, but he made another poor decision in his own area and Ward was needed to rescue him.

His understandable rustiness after a long period on the sidelines was most apparent in the defensive third. Worked well high up the pitch, but his positioning was suspect occasionally in the first half. The miles in his legs should have him back in contention for a spot in the squad on Saturday.

Exuded confidence on the ball as well as physicality and an ability to turn away from opponents. A small point, but his passing was quick and firm, showing his belief in his ability to wrap the ball into teammates and spark attacks. That confidence was misplaced shortly after the break, overplaying in his own box when a decisive clearance was required.

Displayed nimble feet repeatedly to escape the Chelsea press. Tenacious without stamping his mark on the game.

Will be frustrated he did not make more of a scoring chance in the first half, with Ethan Wady smothering his lofted effort. This was a chance to make a statement to the manager, and Westbrooke will feel he could have done more.

Not his night. Worked hard but had next to nothing to show for it.

Chelsea may have some of the country's top young talents in their academy, but it was Thomas who mustered the outstanding moment of class with a beautiful finish that showed of his most cultured left foot, curling beyond Wady from 20 yards. Rovers' main goal threat all night, with Chelsea looking far more comfortable once he was taken off.

Took up good positions, but struggled to impose himself on the game. Joey Barton will be delighted to get an hour into his star man's legs ahead of a busy period for the Gas, though.

Looked nervous, which is forgivable on his debut, but was more assured with each passing minute.

Some nice touches but could have played Thomas in behind shortly after coming on.