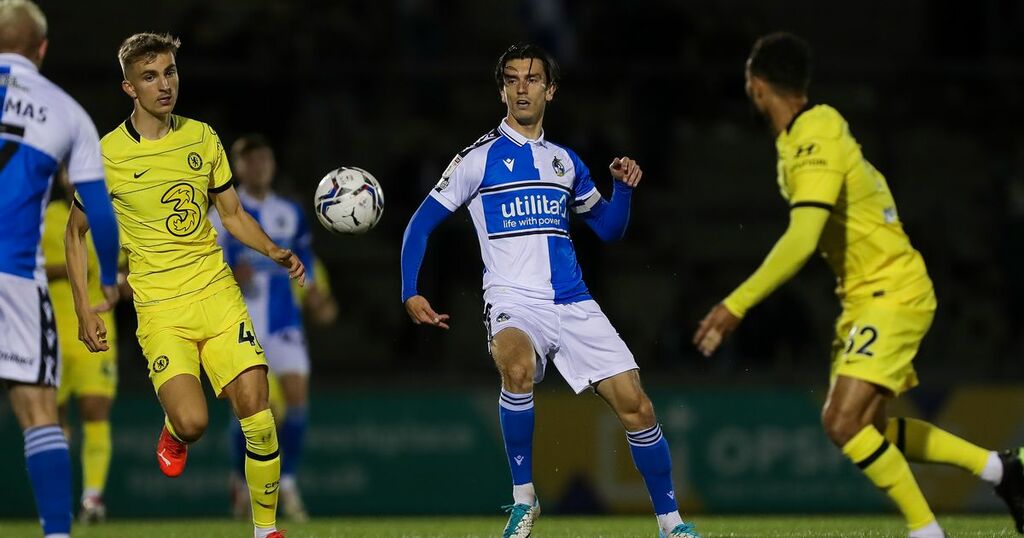 For Zain Westbrooke, the summer must have felt like a waiting game; firstly, to know exactly where he stood in Joey Barton's vision for Bristol Rovers and then, when it became clear he didn't, staying patient as to where he'd be playing his football next.

In the end, the offers didn't materialise. Westbrooke and Rovers hamstrung by the contract he signed in 2020 which, amid football finances wrecked by Covid-19, was too much of a financial risk for League One clubs, despite the 24-year-old's obvious talents.

Westbrooke's appearance in the Papa John's Trophy against Cheltenham Town on deadline day confirmed that his immediate future would be bound to Rovers for at least the next four months but the waiting game now starts again for the former Coventry City midfielder.

With plentiful reinforcements arriving in his position over the summer and tactical tweaks made by Barton, Westbrooke remains in north Bristol with no - as yet - obvious pathway into the first-team.

And as he lined up against Chelsea on Wednesday - for his first start since August 10 - he appears in some kind of Papa Johns-related limbo (or hell, perhaps).

It's a position that no footballer wants to be in, lest of all one who for all the concerns over his physicality and defensive game, is of League One-level talent. But credit to Westbrooke he is knuckling down and trying to take his opportunities as and when they arrive.

Made captain for the night against Chelsea, Westbrooke gave glimmers of what he can bring to the Gas party and as injury issues persist and the fixtures begin to stack up moving into November and the festive period, perhaps the waiting game could prove to be worth it, as he told Bristol Live ...

Zain, frustration at the result, what do you make of the game?

Yeah, I think it’s always difficult coming into these games as it’s a bit of a mixed team. You’ve got younger lads and senior lads who need minutes.

I thought we did well in the first half. We were definitely on the front-foot for most of it. We had a slow 10 minutes and ended up conceding which probably let us down there.

Again, the set-piece in the second half, we are frustrated with. But it’s always good for the likes of me to get 90 minutes in, get back in the team and get back in the managers face and show myself and again for the young lads to do the same thing.

Yeah, I think we were good on the ball. We worked it well and we also were good on the high press to win it back and create chances. I think second half when the substitutions started happening it made it difficult to keep that flow.

But credit to the young lads for putting in the effort and wanting the ball which is the main thing and showing what they can do.

You mentioned it at the start there for more senior players like yourself that haven’t had as much game time along with people making their debut and young players coming on, it’s quite a difficult thing to get right….

Yeah, it’s always hard to get the cohesion going. I thought we managed it quite well in the first half. We looked quite seamless in what we were doing.

We were talking to each other and it went quite well. I mean we’re always going to be annoyed at the result. No one wanted to lose that game but that’s how it happened and we can take positives from it.

I guess one of the more annoying things is the way they scored their goal. Defensively I’d guess that’s one you’d look at and be thinking we’ve got to do better than that?

Yeah, that’s frustrating especially playing against a 21’s team. You don’t want to be conceding from set-pieces, if anything we want to put a lot of pressure on them from set-pieces.

So, we’re going to have a look at that but obviously the main focus is Saturday now.

For you personally just great to get 90 minutes and being involved after not getting much game time as you’d probably like….

Yeah, definitely. I think cup games are a way for a lot of us who aren’t playing to get minutes and that’s what it was for me tonight and show what I can do again.

And the captain’s armband, was that special for you?

And actually, all of this coming after a couple of months where you might have been leaving the club that’s quite a turnaround…

Yeah, I think it is. I’ve not lost any trust or faith in anyone here at the club. I’m still the same person I was back then. So, I know where I stand.

It must’ve been a difficult time for you as you were not quite sure where your future lied and if you’ve had a future here at the Mem?

Yeah, I think maybe in pre-season it felt that way but as soon as the season starts and the transfer window is over, I’m in the squad and I’m here to try and get a place in the team and push on as far as we can get.

The result hasn’t gone your way but a couple of wins in the league it’s important if you put a good run together between now and Christmas, who knows what’s possible…

Yeah, definitely. We’ve sort of turned the tide a little bit, changed the momentum and we wanted to keep that winning momentum going tonight, we haven’t done that but again the focus is on Saturday.

We’ll take the 3-0 win from the previous Saturday.

And some of the young lads are certainly going to remember tonight with some making their debut, it’s the kind of thing you’re never going to forget…

Yeah, definitely. And I hope they enjoyed that. We had quite a few fans there today to make it a bit more of a special experience for them, which is nice.

Zain, I hope you don’t mind me asking, where are you with your life in football? Has your confidence been dented by the past few months?

I wouldn’t say my confidence has been dented. This is football, it’s not always plain-sailing. One minute you’re feeling at the top, the next you’re at the bottom.

You’ve got to try and keep yourself level because that’s just how the game goes and you’ve got to keep working hard every day because when that chance comes you don’t want to miss it.

Has the manager given you any specific targets to maybe put yourself right back into contention for a starting place?

Not particularly. He knows what I can do and what I can bring to the team and if I get my opportunity, I have to take it every time which is what the lads who are starting have to do because there’s 25 people all wanting a starting shirt in the team.

Where do you see yourself on the pitch? Because last season you played perhaps quite a bit deeper than you would’ve wanted to play, are you setting your sights on wanting to have the number 10 role in this team for example…

Again, I would play anywhere in the team. I want to be there on a Saturday at 3pm starting. But the gaffer sees me more as an attacking midfielder so that’s where I’ll be playing.

And just your general view on the group on where you see it. Obviously, it wasn’t a win tonight but it seems like for the last couple of weeks there’s been a turn not just in results but the way the team is playing…

Yeah, definitely. It’s never easy when you bring in a lot of new players. It’s not going to click straight away and we had the same issue last season and we need to not continue to change too much.

We’ve kept to what we do, putting in the same practices every day in training and it will turn and I think it has now. The morale has always been high in the group, we haven’t lost that.

I can imagine some squads are not a great place to be if you’re not in the team, it might be quite focused on certain players, but do you feel like it’s different here even if you’re not starting every game…

Yeah, and I think that has to be the culture at any team. I don’t think you’re going to be successful if you’ve got 11 happy players and the others not so happy.

Of course, you’re not going to be happy when you’re not starting, but you need to keep that positive energy for the team because we all have one common goal that we all want to win.

Zain, you have a tough game on Saturday at Bradford, do you have any memories of playing at Valley Parade? It’s going to be a big crowd there…

I’ve not played there yet in my career, so it’ll be the first time for me when I travel there.

But I know they have a big following in a big stadium. Hopefully that can be good for us if we can control the game, that crowd can turn against them and we can really do something there.