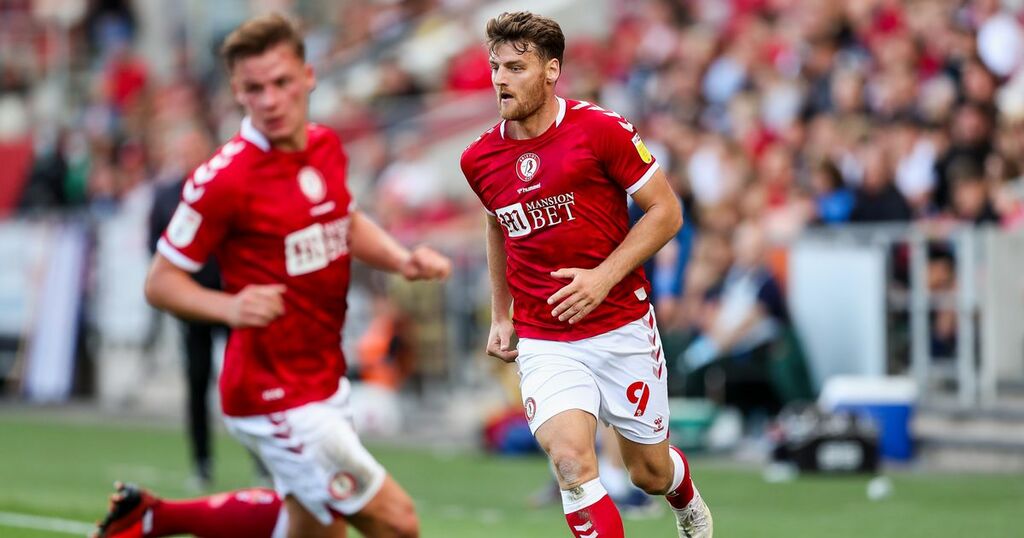 It's true of every game to an extent but there is an interesting dynamic and sense of tension leading into this game, between Nigel Pearson's process and the perceived importance of the match against Nathan Jones' Luton Town.

To address the first part, the City manager is confident that his system, game plan and the players' application at Ashton Gate is working to the extent when it's only a matter of time before they finally seal three points at home.

However, with that winless run now at 13 games and Fulham and Bournemouth the next two visitors to BS3 beyond Luton, does this game take on added significance given it's the most winnable (a refrain the manager absolutely loathes but given the comparative strengths of the three teams does seem valid).

Is Pearson's belief in his side's progression at the point where only a few minor tweaks are regarded to break through the glass ceiling or, taking into account what lies on the horizon, are slightly more accentuated changes required on Wednesday night to get them over the line?

Based on the manager's words on Monday, it appears very much the former, plus the fact the 0-0 against Preston was of a level where it was hard to see many, if any players, taken out of the starting XI. But here is how we see the Robins lining up against Luton ...

Dan Bentley will obviously maintain his place in goal with the captain approaching the 100-game mark for Bristol City (Luton will be his 97 th appearance in all competitions for the club, he really has been a fine piece of business).

Saturday’s clean sheet would have immensely satisfying for the captain, felt perhaps more keenly his defenders with Bentley’s performances last season not adequately rewarded in a statistical sense. He only kept nine across 2020/21, and just two under Pearson before the shutout against Preston.

There is little reason to suggest anything will change directly in front of him with Rob Atkinson and Tomas Kalas growing their understanding of each other and continuity and consistency breeds the sort of reliability that Pearson wants from his defenders.

And that, coupled with the 0 in the goals against column on Saturday is why there’s every reason to suggest Pearson’s defence will remain untouched.

At right-back, Zak Vyner can still cause concerns when fronted up 1v1 but overall the 24-year-old enjoyed a good performance on the weekend, with one crucial tackled to deny a goalscoring chance.

George Tanner travelled with the squad to Ashton Gate on Saturday but it would seem unlikely he’s thrown in just yet and Danny Simpson wasn’t part of the matchday 18.

It’s on the left where there is only any real source of debate given the auxiliary role Nathan Baker continues to play as a result of his strong performance at Cardiff and solid display versus Preston.

He isn’t an attacking full-back of the variation and explosiveness of Jay Dasilva, that is without question, but he is the superior defender and that probably counts for a lot when considering who’s likely to play at left-wing.

Assuming Cam Pring keeps his place, is Pearson confident enough in Dasilva’s defensive work to cover the relative rookie (even though he's just three months Dasilva's junior)? Yes, they can interchange and the latter can easily push further up the pitch with Pring then dropping in at left-back.

But Pearson’s natural pragmatism and sense of security implies that with Baker in that role, he can afford to be a little more adventurous further up the field and/or it provides adequate cover behind Pring.

As tempting as it may be, now is not necessarily the time to be overtly adventurous, it’s about getting points on the board as his message is absorbed by the players so that, by Christmas and beyond, the understanding is built up and then is the time to start to be expansive.

That thinking was behind the double pivot of Andy King and Matty James but this is an area of the field that could witness change for the visit of Luton.

King, in particular, could drop to the bench given an away day at QPR looks perfect for his tactical discipline and overall control in the middle of the park. If that’s also Pearson’s thinking it seems unlikely he starts three games in a week. The manager wants a level of intensity and, quite simply, King probably hasn't played enough football over the last 12 months, at 32, to do that.

Not that it was in any doubt but that all-but guarantees James’ place in the XI as there’s no way the manager is willingly dropping both his lieutenants.

As to the identity of who replaces King, Joe Williams is fit again and Tyreeq Bakinson made the bench on the weekend.

The former would provide tenacity and box-to-box energy which could well be required in providing a bridge between midfield and attack, while Bakinson’s power and runs from deep also add a bit more penetration in midfield.

But with both a little under-cooked for first-team minutes and Williams working his way back to fitness, this could be the time to bring man/boy of the moment Han-Noah Massengo back into the middle and use his energy and drive in the centre of the pitch.

It’ll be a test for the Frenchman, both on and off the ball, but his confidence is high and he’s just a player in form who’s impacting each game he plays in. If the influence he’s been having on the inside right can be transferred into the core of the team it could have a huge effect on the rest of the team.

He’ll need to be a little more defensively disciplined and watch for runners in behind, although he has James to help him out for that, and while the 20-year-old will be ostensibly a holding midfielder, he is able to break forward with the more experienced figure sitting in.

That then frees up a space on the right and with Andi Weimann now firmly classified as a striker, Antoine Semenyo and Alex Scott are the prime candidates to fill it.

Semenyo ended the game against Preston almost as a quasi right wing-back and although that’s unlikely to stick, it’s clear that his manager sees him as a wide forward, with designs on cutting inside into the penalty area, as oppose to going on the outside ala, say, as a crude example, Niclas Eliasson.

To be blunt, in a 4-4-1-1, does Semenyo possess the necessary defensive game to not only fulfil his tasks off the ball but also support Vyner when he’s attacked? The answer, at this stage of his career, is probably no.

As talented a prospect he is, the only formation that truly suits him, at least as a starting player, appears to be a 4-3-3 where he’s to the right of a central striker. Pearson believes his team will eventually be able to play that system, but now probably isn’t that time.

That then leaves Scott, who Pearson actually views as a good presser and a diligent defender who would, of course, provide creativity wherever he plays on the field.

Although not his No1 position, that right-hand channel could afford the 18-year-old a little more space than in the middle ground and with Pearson not happy with the delivery and territory down the wide channels against Preston, Scott can help address that.

Moving over to the left, and unless Callum O’Dowda is deemed fully fit, it looks like Pring should retain his place.

There is a lot to be said for starting Nahki Wells in this game, not just because of the fact he’s probably due one having played only 64 Championship minutes so far. The issue is, how exactly does he fit into the line-up with Pearson wanting players adapting to the system, not the other way around.

Based on that model, it appears a case of Weimann or Wells, with the Bermudian not really a targetman in the Martin mould, but mobile and agile like the Austrian, albeit without the same level of pressing intensity off the ball.

A Weimann-Wells partnership could actually be really exciting but unless Pearson stacks his team with playmakers – beyond just Scott – it’s hard to see it working as those runners need balls in behind.

Pearson was insistent his front two are “in form” but just need to produce at home and you just feel that, for all Wells’ qualities, Weimann and Martin will be given one more game together before he considers changing it up for QPR. Ultimately, not enough has gone wrong to force a radical alteration.

That being said, there has to be a consideration that Martin – who suffered a reasonably serious injury last season – and Weimann – who suffered a very serious one – may not be able to play three games in a week, or at least it would be risky for them to do so.

Martin is the only senior No9 Pearson possesses. Overplaying him to potential injury could be catastrophic. But only the manager and his staff will know how possible that is and when Martin needs to start games from the bench.

The question therefore is when does the manager stick or twist regarding his attacking players?