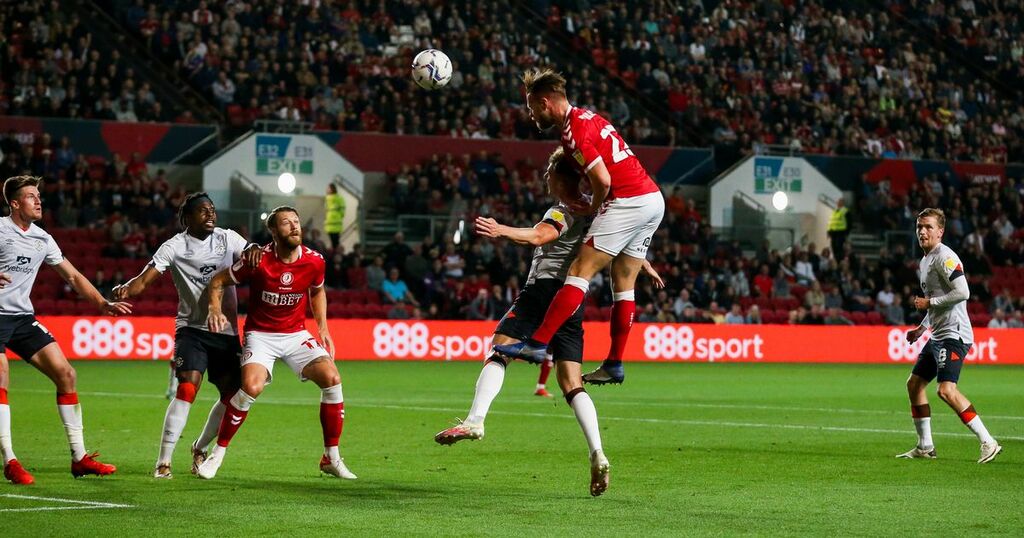 His second half was considerably quieter than the first in which he was called upon to make two very fine saves to keep City in the game; first from Henri Lansbury's low drive, sprawling to his right to parry - which Luke Berry really should have then scored - and then to deny Cameron Jerome at point-blank range. Possibly at fault for the equaliser as he left his line to collect the ball.

Defensively he was sound enough, but some of his distribution further up the field was a little erratic, particularly when trying to link the play, and he was taken off at half-time as Nigel Pearson introduced Jay Dasilva and went to a more overtly attacking line-up.

Until the goal, this was quite the showing by the big Czech who was everywhere, defending his own penalty area with blocks and well-timed interceptions and big booming headers. He was shifted to right-back in the second half and it didn't impact his performance but the goal just took an element of gloss from all the defenders' displays.

Was given a really good test by Cameron Jerome and the contest probably would have gone to the judges before the striker was withdrawn. Didn't get on the ball as much as usual with Luton snapping into tackles and making it difficult for him.

A fifth career goal for the defender and his first since September 2019 against Preston. Baker rose to meet Dasilva's free-kick and the whole stadium seemed to stop for a moment as it bounced into the far corner. Beyond that decisive moment, Baker performed admirably in his auxiliary role at left-back but looked more comfortable when moved back into the centre.

Shifted into the centre to replace Andy King in the engine room and although not quite as obviously influential as he was against Preston, he snapped into tackles and was buzzing around the opposition midfield throughout. There was one fantastic diagonal run in the first half from one side of the pitch to the other.

The legs of Massengo around him gave him that little bit of extra time on the ball but his passing wasn't as efficient as it has been in previous games. Will be interesting to see if he starts at QPR given the minutes in his legs in such a physically-demanding position but James is so important in terms of the overall structure and positioning.

A lesson for the young midfielder who looked to be replaced tactically, as opposed to anything related to an injury. Was selected to provide greater dynamism in City's attack but struggled to get into the game out on the right, although he did have a good chance with a far-post header which he failed to get a strong enough connection.

A strong shift from the winger who just needs to add that little bit more consistency with his final ball but his will to always attack his man and try and force an opening is incredibly admirable. One fine run and cross set up an early chance for Scott, and then it was his acceleration down the line and strength to draw in three Luton defenders that won the free-kick that led to the goal.

Similar to Preston on Saturday in that the Austrian was full of his usual running and will to find gaps, but either didn't get the service or wasn't making the required runs. Hard to criticise but neither of the front two had the desired impact in the final third.

As is now customary, the veteran got through a ton of work chasing balls down the channel and trying to hold it up with his teammates but there was just that element of disconnect between midfield and attack.

A surprise replacement for Scott and looked to run at the Luton defence and make things happen.

Gave City far greater attacking impetus down the left, as well as giving Pring an additional option to play off, with his cross leading to Baker's goal.