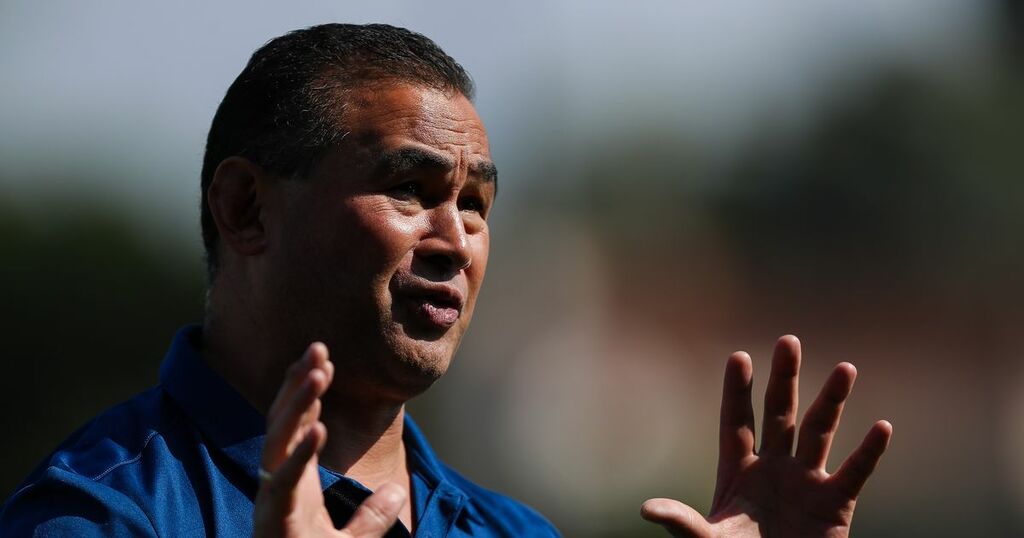 Having finished top of the table at the end of the regular season and after half an hour gone at Ashton Gate in the semi-final back in June, the Bears had one foot in the final, leading 28-0 having played some of their best rugby since Lam’s arrival almost four years earlier.

But Harlequins' belief, a series of errors from the Bears, and loss of control of the momentum of the match saw the London side peg Bristol back to win 36-43 in overtime.

For some coaches, it could have been a crushing blow that caused them to reevaluate their philosophies on the game. But Lam remains resolute.

Speaking ahead of the start of the 2021/22 Gallagher Premiership season which sees the Bears kick-off the new campaign at home to Saracens on Friday night, Lam said: “I honestly believe we have got a game that can beat any team with our structure of the game and how I would like it to be played.

“What I am dependant on is the players to come and play the game.

“That is the importance of having quality staff and coaches [to upskill them] and that is what we are doing.

“At the end of the day we have got human beings playing the game and as human beings all of us make mistakes, the key is if you raise the boys’ self-awareness of our system and structures they will identify where the improvements need to be.

“I had three players who made key mistakes [in the second of the semi-final] and before I even had to say anything they sent me a personal message to highlight what they had done wrong - which is great.

“That is great as a coach, the worst thing is when people sit there saying I didn’t do anything wrong and there is a blame culture.

“It is not the [style of our] game that lost us the semi-final, it is about our ability to do it.”

After a British and Irish Lions series this summer which left fans underwhelmed by a dull, uninventive style of rugby played by Warren Gatland’s side in the 2-1 series defeat in South Africa, questions have been raised as to whether coaches have a duty to the game to play an entertaining brand of rugby

Saracens, for all their European and domestic success in the last decade, play a brand of rugby moe akin to the latest incarnation of the Lions. A game built on territory, pressure and physicality.

In many ways. Bristol are the polar opposite, but Lam believes you can still win silverware as swashbucklers.

And the 2019/20 European Challenge Cup trophy sat in his office is evidence he is right, as is the Premiership trophy at Quins who play an equally attacking and flamboyant brand of the game.

Lam said: “I think the way I want to play the game can both entertain and win. It can achieve both.

“The way everyone gets the opportunity to play every element of the game, to run with the ball, pass, clean out, make tackles - but the biggest thing they all get the opportunity to do is to improve as a rugby player, and improve in learning the game.

“I believe our way is entertaining because it is an all-round game. It is not about running everything or kicking everything, it is about using what is needed to win rugby games and it is generally entertaining as I have been told and as our 10,000 season ticket holders - which is a record - can attest to.

“There are going to be 20,000 at Ashton Gate this weekend for Saracens, Bath looks set to be a sell-out, people wouldn’t come if it was boring and they also won’t come if we are losing.”

With a world-class, settled squad assembled going into the new season, the proof will be in the pudding.

You can guarantee the Bears will entertain over the 24 league games this season, but whether they can win the biggest prize in English rugby for the first time in the professional era remains to be seen.

For more exclusive Bristol Bears content sign up to South West rugby writer John Evely's Rugby Week newsletter right here with a team of the week and all the latest news from around the West Country during the 2021/22 season.