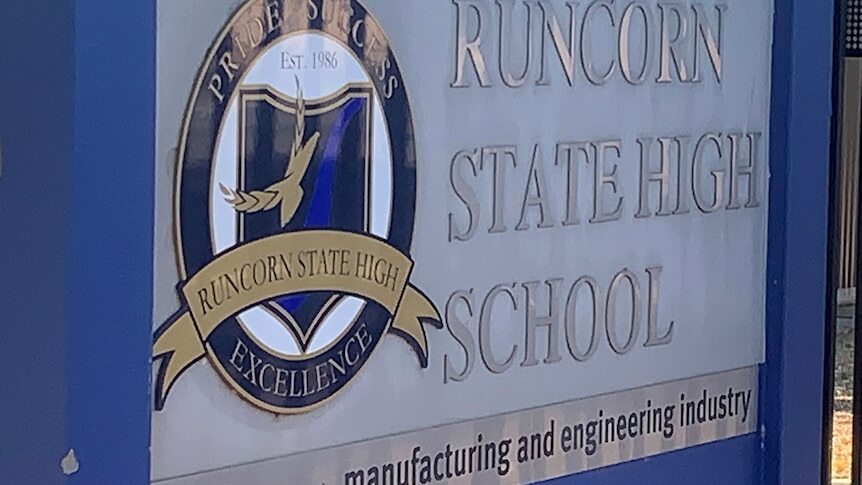 Four students from Runcorn State High School and their families have been tested for COVID-19 and will isolate at home after the students allegedly mixed at a house party with locked-down teenagers from Sunnybank's St Thomas More College.

More than 1,000 students and their families from the Sunnybank school are just days into their 14-day home quarantine period, after a 13-year-old student tested positive on Friday last week.

In a statement on Wednesday afternoon, Runcorn State High School said it was advised its students tested negative.

The Department of Education said it was advised by Queensland Health on Tuesday.

"The school has acted appropriately and the students were sent home and asked to isolate, obtain a COVID test and follow health advice about when they can attend school again," a spokesperson for the Department of Education said.

"The school will remain open and will continue to liaise closely with Queensland Health and follow their advice in relation to any potential actions that may need to be taken to minimise any risks to students and staff."

In the meantime, a new public health alert was released..

"We are asking all Queenslanders to regularly monitor the list of exposure venues on the Queensland Health website and follow the public health advice, as there may be more locations," Queensland Health said in a statement, without providing further details of the case.

Premier Annastacia Palaszczuk told State Parliament Queensland was winning the war against COVID-19, with no new cases of community transmission overnight and just one case in hotel quarantine.

"We are frequently told nowhere in the world has stopped the spread of Delta except at this stage in Queensland," she said.

"Other states have to fight just to get a taste of freedom back, Mr Speaker. We are going to fight to hold onto ours."

But Griffith University's head of infectious diseases Nigel McMillan said the Delta strain was on our doorstep, and with so many cases in New South Wales, a big outbreak was imminent.

He said Queensland would have to go through the same transition Victoria and New South Wales had gone through recently.

"So I wouldn't be showing off about it so much at this stage," he said.

"We do have some advantages people have talked about — our outdoor lifestyle and the sunshine and we have been very quick off the mark.

"So at this stage, we have been very lucky, but Delta is coming."

Twenty-nine cases are currently active in Queensland, including eight from the recent cluster in Brisbane's south.