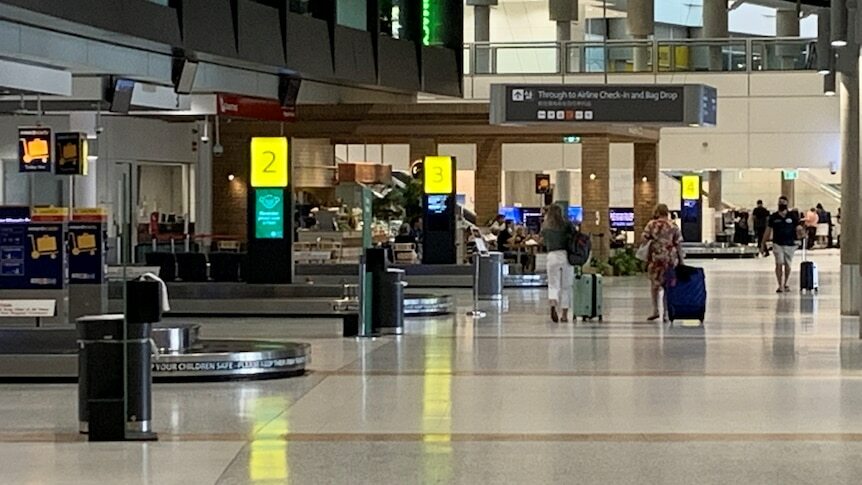 A passenger who flew into Queensland without a valid border pass has tested positive for COVID-19.

Queensland Health announced Brisbane Airport as a close contact site on Sunday afternoon, after a case recorded in NSW visited the domestic terminal on Saturday morning.

A NSW Health spokesperson confirmed the infected passenger flew from Sydney to Brisbane on Friday on Virgin Airlines flight 917 and did not have a valid border pass to enter the state.

The person was taken into hotel quarantine and tested before flying back to Sydney on Saturday.

That test came back positive, leading Queensland Health authorities to announce that anyone who was at Gate 24 between 6:18am and 7:00am on Saturday would be considered a close contact.

Those who were at the domestic terminal between 8:25am and 9:00am on Friday and 6:00am and 7:00am on Saturday are considered low-risk contacts.

Queensland has not recorded a locally acquired cases since October 5, with just 14 infections in hotel quarantine recorded in that period.

The low numbers led to parts of the state's south-east and Townsville easing some restrictions last Friday.

Around 7,000 tests were conducted on Sunday.

More than 25,500 vaccine doses have been delivered by Queensland Health in the past 24 hours.

A home quarantine trial is set to start on Monday for 1,000 returning Queenslanders.