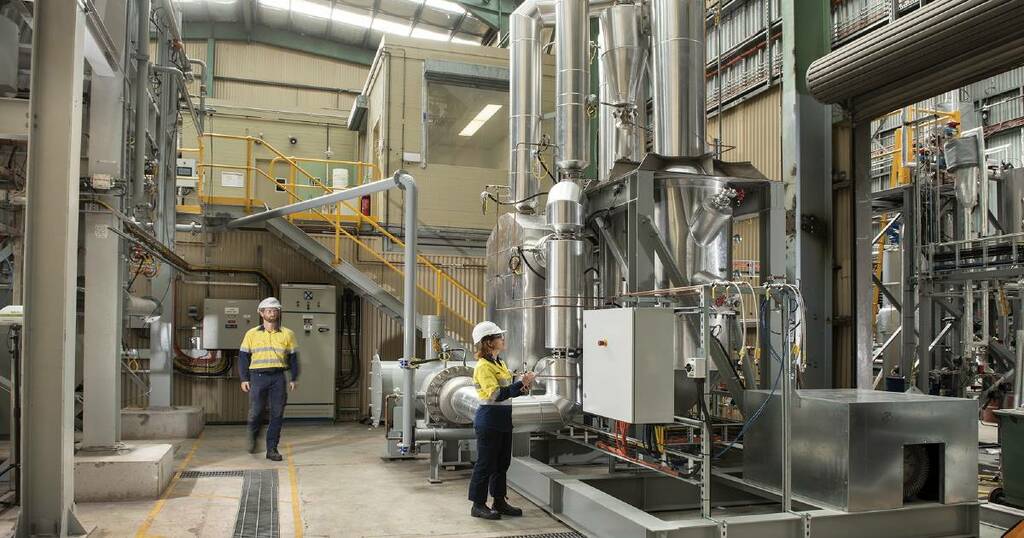 Birmingham Post
Australia could rapidly shift to clean transport – if we had a strategy. So we put this plan together

Australia has no clear strategy to decarbonise transport. That’s a problem, because without a plan, our take-up of clean technologies…

The Saudi government says it wants to boost commercial and economic partnership in priority areas with the Netherlands. A Saudi…

Newsroom.co.nz
Get all your news in one place
Latest Business news:

Bringing business to the table in reforms

As businesses try to handle the scale and pace of government reforms, a new Deloitte report shows how the sector and the state could break down barriers to collaboration for the benefit of Aotearoa  |  Content partnership

The traditional relationship between the state and the business sector could perhaps be best described as one of symbiosis mixed with scepticism.

Governments of the day live or die by the numbers contained in unemployment statistics and business confidence surveys, while companies’ finances can be disproportionately affected, for good or bad, by the actions of an administration.

But when it comes to including different voices in major reforms, BusinessNZ chief executive Kirk Hope says, there is sometimes a reluctance to treat business in the same way as other interest groups.

“It often feels like there is an inherent bias against a business voice, that there’s somehow something wrong with a business group expressing a perspective about something that can often bring broader benefits than self-interest.”

Breaking down biases on both sides is among the drivers of a new Deloitte State of the State report, Moving mountains – Big change for better futures, which argues the “politically-sponsored and public sector-led” model of reform is in need of a rethink.

“Government and the public service are not always best positioned to pull the right levers, or do not always have the capability that is needed. Business and community partners also play a key role in co-creating new narratives and shifting mindsets through public discussion and influence,” the report says.

“Government is really the custodian of the intent and the outcomes that are going to be achieved through a reform, but just one of the players - possibly a very influential player, and they need to play a leading role, but they don't need to do everything.” - David Lovatt, Deloitte partner and public sector lead

Speaking to Newsroom, Deloitte partner and public sector lead David Lovatt says that while businesses may often be consulted on changes, they have rarely been given a genuine chance “to shape and participate or even deliver reforms on behalf of New Zealand”.

“Government is really the custodian of the intent and the outcomes that are going to be achieved through a reform, but just one of the players - possibly a very influential player, and they need to play a leading role, but they don't need to do everything.”

The one-dimensional world of decades past, with a greater demarcation between the roles of business and government, has given way to a widening range of grey areas, Lovatt says - but neither the public service nor business has fully adjusted to the new normal.

“In many areas business would like to be able to participate more and would like to lead, but I think people right across the spectrum are just defaulting to maybe how things used to be rather than how things could be.”

Girol Karacaoglu, the head of Victoria University of Wellington’s School of Government and a former Treasury chief economist, spoke to Deloitte for its report and likewise believes there is a missing piece of the puzzle when it comes to handling reforms.

“My constant point right through has been that one of the things we are missing is an infrastructure that actually gives effect to including multiple voices, and one of the critical voices is business.”

The traditional view of the relationship, where businesses seek maximum profits without care for others and the government cracks down on them as a regulator, must give way to the concept of genuine partnership, Karacaoglu says.

As an example he mentions Queenstown, where the business community has benefited from a flow of tourists but other residents have agonised about the environmental effects and wider societal implications for the region.

“When Covid-19 hit and business realised that tourism money was drying up for a while, especially international tourism, all of a sudden there was a rich vein of conversation about the potential pathways ahead.”

Another area where the potential for genuine partnership is on display is in the climate and sustainability space, as Deloitte partner and climate lead Andrew Boivin notes.

Boivin mentions the Aotearoa Circle, a partnership of public and private sector leaders focused on protecting the country’s natural resources, as an example of the opportunity for collaborative reform.

A governance group has been working together on roadmaps for change in the seafood and energy sectors, among other areas, “really combining forces between the public and private sector”.

“I was lucky enough to be in a room with the sustainable finance forum, Toitū Tahua, and you can just see the energy when you do bring public and private sector together, combining the pragmatism of legal and accounting professionals with the dynamism of financial sector leaders – the energy and ideas that emerge can be a real driver for institutional change, in a truly positive sense.”

One reason why Kiwi businesses and governments may find it easier to work together on the climate is the inherently long-term nature of the problem.

Often, Hope says, there is a conflict between the scale of ambition in a government’s reform plans and the three-year political cycles which leads to an emphasis on speed at the expense of quality.

“The Government does that [large-scale work] quite poorly because they’re very keen to get a piece of legislation or a framework for reform in place so they can demonstrate that they’ve achieved something politically.”

That is perhaps a contributor to one of the key concerns from business groups and other figures about the next phase of government reforms, as noted in the Deloitte report - “the demand on their time for engagement and consultation, as well as the perceived potential of a pile-up of change that is poorly coordinated across reform agendas”.

That problem, Lovatt says, can be addressed by changing the way in which governments engage with business and the wider community, taking a more joined-up approach instead of managing consultation issue by issue.

“Rather than repeating work and doing it multiple times, join up and actually think about the collective impact and where you want to go with a business or sector and engage with them across that range of changes. That's going to be much more effective, and possibly even something that you can do within three-year electoral cycles.”

Governments could also make better use of the talent within the private sector, the report says, combining efforts in areas of high demand for reform rather than competing to poach personnel.

“Secondment models between participants in the system - not just public sector departments but business, iwi and community participants - should be encouraged, formalised and invested in.”

Boivin says that would be particularly useful for climate change work, with demand outstripping supply as the public and private sector drive towards decarbonisation.

“We’re a small country with limited qualified resource when it comes to addressing climate change. Given the pace and scale of reform in the climate space, the provision of access to shared climate mitigation and adaptation resources makes sense. Rapid decarbonisation presents an enormous challenge to both business and government, which is why the provision of clear guidance and ready access to resources is crucial for decisive and cohesive action, rather than everyone trying to do it themselves”

Hope points to another of the Deloitte report’s key recommendations, the establishment of a dedicated Reform Office to review and test reform plans, as an example of where the public sector can learn from its private counterparts.

One of the critical determinants of successful reform, the report notes, is when there is alignment around the case for change - and not just within the machinery of government.

“Critically, alignment is not just about political sponsors. The support of citizens and participants in a system, especially those with the most to lose from reform, was identified by many of our interviewees as an imperative.”

Businesses have much to lose from reforms gone wrong - but much to gain from a new approach to collaboration.

Birmingham Post
Australia could rapidly shift to clean transport – if we had a strategy. So we put this plan together

Australia has no clear strategy to decarbonise transport. That’s a problem, because without a plan, our take-up of clean technologies…

The Saudi government says it wants to boost commercial and economic partnership in priority areas with the Netherlands. A Saudi…

Newsroom.co.nz
Get all your news in one place