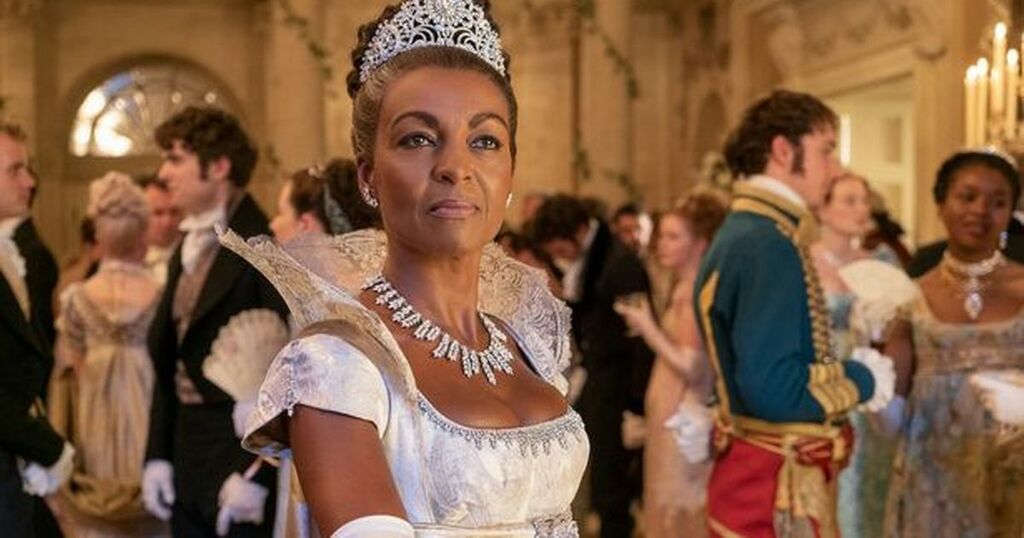 Bridgerton star Adjoa Andoh has opened up about how the popular costume drama is set to be overtaken by hit new Korean drama, Squid Game.

The 58-year-old actress joined the Jeremy Vine Show panel today to talk about the new series of the costume drama.

She said there will be ‘new kids on the block’ this season mentioning the new arrival of Simone Ashley - best known for her role as Olivia Hanan on Sex Education.

The first series of the show had 82 million households fixated on the storyline following the Duke of Hastings and Daphne Bridgerton.

The Mirror reported this week how the popular modernised period drama could soon be overtaken by Netflix’s new South Korean drama, Squid Game.

Released earlier this month, the show follows a group of contestants who fight for survival while taking part in a game show to win a cash prize.

Netflix's co-CEO Ted Sarandos had said it will "definitely be our biggest non-English-language show in the world" and there was "a very good chance it’s going to be our biggest show ever," the Mirror reports.

Presenter Jeremy Vine mentioned how ‘popular’ Bridgerton has been with viewers since its release on Netflix on Christmas Day in 2020.

The panel then joked about how the Bridgerton cast should do a crossover with the most-talked about new Netflix show.

Jeremy said: “Maybe you should assemble all the Bridgerton characters and give them a task.”

“Yes, try and bend over in that corset and pick up a penny.” Adjoa replied.

Jeremy Vine also asked if actor Regé-Jean Page - who played the Duke of Hastings - wanted to leave the show or if he was ‘gently squid gamed’.

Adjoa replied: “No, no one is squidding Regé my dear. The format of the show is each of the Bridgerton siblings, will they won’t they, so each book is based on that,” she added.

“So Regé's chunk was done, when he married the Phoebe character. He’s a young, thrusting, super talented actor, he’s got other fish to fry!”

Jeremy Vine then added: “He could be the next Bond!”

Watch the Jeremy Vine Show on Channel 5 weekdays at 9.15am.