Bridgerton season three: Everything we know so far including cast and teaser trailer

Since Bridgerton landed on Netflix on Christmas Day in 2020, the hit period piece has amassed a huge fan base, with viewers eager for season three to return to their screens.

Based on Julia Quinn’s beloved novels, Bridgerton has pulled viewers into a world dominated by class, society galas, and romantic scandals.

The Regency-era romance logged 193 million hours of viewing time worldwide, the most any English-language Netflix series has received in its first three days.

Filming of the Shonda Rhimes-produced show has kicked off, and season three is promised to be a compelling watch.

What can fans expect from season 3?

The plot will focus on the relationship between Colin Bridgerton (played by Luke Newton) and Penelope Featherington (Nicola Coughlan) - who viewers discovered in previous seasons is also Lady Whistledown.

Nicola teased the plot back in May, revealing: "Like Lady Whistledown, I have been keeping a secret for quite some time and I can confirm to you all that season 3 is Colin and Penelope’s love story.”

Want to get the latest TV news direct to your inbox? Sign up for our daily newsletter HERE

The season will be taking its cue from Julia Quinn’s fourth novel Romancing Mr Bridgerton, skipping past the third instalment of the Bridgerton book series An Offer From A Gentleman.

Fans will see Penelope giving Colin the cold shoulder after she heard him disparaging her at the ball in the series two finale.

Her long-held crush for Colin ended on a sour note, after he told a group of gentlemen: “Are you mad? I would never dream of courting Penelope Featherington - not in your wildest fantasies.”

The plot will follow Penelope’s search for a suitable spouse who will give her the independence to continue her lucrative sideline Lady Whistledown and freedom away from her mother Lady Portia Featherington (Polly Walker) and her sisters Prudence (Bessie Carter) and Philippa (Harriet Cains).

While Penelope starts receiving unprecedented attention from numerous suitors, Colin begins to realise she was the one who truly appreciated him.

Eloise will also be finding a new friend as she remains feuding with Penelope.

Penelope will be trying to keep her secret Lady Whistledown identity under wraps, but with her growing profile, this becomes increasingly complicated.

Viewers have watched endless saucy scenes from the first two seasons, so we suspect the third will be no different.

What cast can we expect in season 3?

Three new people have been added to the show, which has started filming in London.

James Phoon, who fans might know from Wreck, will take on the role of Harry Dankworth.

He is said to make up what he “lacks in wit and intelligence” with “serious good looks”.

Stay Close actor Daniel Francis will embody Marcus Anderson, who is a "charismatic presence who lights up any room he enters."

He will be gaining the notice of “certain matriarchs in the ton” but also “the ire of others”, suggesting he may be something of a rake.

And lastly, The Crown's very own Sam Phillips will be playing Lord Debling, a lord with unusual interests.

His wealth and title make up for his eccentricities and he’s slated to have “no shortage of interest from young ladies” this season.

The star is also a director and producer and has previously featured in The Crown and The Syndicate.

Netflix has previously confirmed Hannah Dodd would be replacing Ruby Stokes as Francesca Bridgerton as the original actress has been cast as the lead on Lockwood & Co., also on the streaming platform.

Francesca has been described as a “bit of a mystery” with a “reserved nature”, and is “fortified with a dry wit and pragmatism that confound the fickle ton yet seem to draw attention when she least desires it”.

Simone Ashley is expected to reprise her role as Kate Sharma and Charithra Chandran as her younger sister Edwina.

Can we expect a teaser trailer soon?

A short teaser was released on the Bridgerton Instagram page announcing filming has started with the cast members holding up three fingers as confirmation.

The teaser ended with Coughlan confirming the news about filming and Newton hopping into a carriage with her.

A more detailed trailer of season 3 can be expected at a later date. 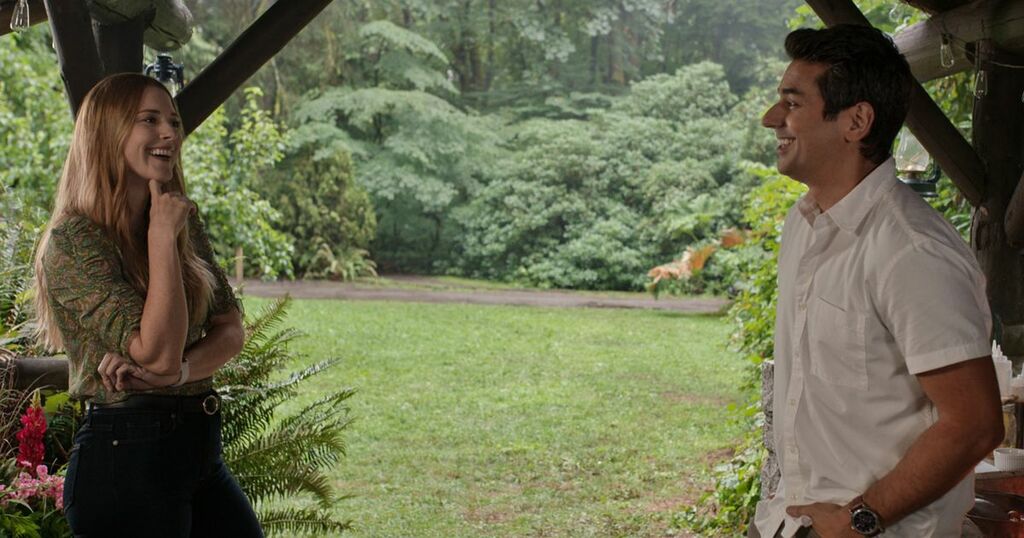 Virgin River Season Five: Everything we know so far, filming dates and more
The not-so-quiet life in Virgin River has been getting more twisted ever since Mel arrived in the first season, but…

Daily Mirror
From analysis to the latest developments in health, read the most diverse news in one place.
Turns out these Virgin River stars are married in real life

They’ve been together since meeting in acting school

The Independent UK
Enola Holmes 2: Release date, cast, plot and everything else you need to know

Stranger Things outcast Eddie Munson is based on a real-life person named Damien Echols, who was wrongly convicted of murder…

Bangkok Post
One place to find news on any topic, from hundreds of sites.
Comic-Con 2022: Wakanda Forever, Sandman and Bill Murray joins the MCU

Plus 16 new Marvel projects, a Dungeons & Dragons film, the new Lord of the Rings series, a sneak peek…