Bridgerton season 3: Next series will focus on Penelope and Colin’s love story

Dear reader, Lady Whistledown has decreed that the third season of Bridgerton will focus on third son Colin Bridgerton and his relationship with Penelope Featherington.

The news was unveiled at a Bridgerton panel event in Hollywood on Sunday night by Nicola Coughlan, who plays Penelope on the hit Netflix period drama.

This gossip from the Ton may have caught fans of the series off guard, as it presents a shake-up to the order of Julia Quinn’s series of novels, on which the series is based.

Seasons one and two followed the storylines laid out in Quinn’s books, focusing on romances between Daphne Bridgerton (Phoebe Dynevor) and the Duke of Hastings (Regé-Jean Page) and then between eldest Bridgerton son Anthony (Jonathan Bailey) and Kate Sharma (Simone Ashley).

“I really feel like it’s Colin and Penelope’s time,” Jess Brownell told Variety. “I feel like, especially in the last season, there are these moments of tension between them. Instead of treading water on that dynamic, we wanted to push it into their season. It really felt like the perfect moment to tee it up.”

Currently, Colin (played by Luke Newton) is very much in fans’ bad books. Season two (spoiler!) ended with Penelope overhearing him tell a group of Ton men that he would “never dream of courting” her. It would have been a brutal scene for anyone to hear, but for Penelope - who has a long-standing crush on her friend Eloise’s brother - it was particularly tough, and she left the ball in tears.

“Like Lady Whistledown, I have been keeping a secret for quite some time,” said Coughlan at the panel.

The Irish actress teased that “people are going to be really obsessed” with the storyline of #Polin. Adding to the anticipation, Coughlan said that when it comes to those racy scenes Bridgerton is oh so well known for, fans are not going to be disappointed, saying: “From what I have heard, I think people are going to be extremely pleased.”

The 35-year-old said: “I have shot sex scenes before, but not in the Bridgerton way. It’s really funny because Luke and I have known each other now for three years. In the beginning, we used to joke about [doing a sex scene together] all the time.”

The news has garnered a ton of responses online - and not all of them good.

“I have nothing against Polin, but it doesn’t make any sense for them to be the main couple in s3. How can they be ready to be a couple, if they’ve barely grown individually? This is a joke,” tweeted one disappointed viewer.

Others were thrilled with the news: “Screaming, crying, loving. My #Polin finally come true,” said a fan.

“My other only wish for polin is a chaotic proposal. his proposal better be so unhinged and chaotic and dramatic!!!! i want us to all be ripping our hair out and screaming and shaking and throwing up!” said another.

wait my other only wish for polin is a chaotic proposal. his proposal better be so unhinged and chaotic and dramatic!!!! i want us to all be ripping our hair out and screaming and shaking and throwing up!

I have nothing against Polin, but it doesn't make any sense for them to be the main couple in s3. How can they be ready to be a couple, if they've barely grown individually? This is a joke.

In an interview with Netflix, Newton previously said: “There’s so much love for that relationship, which brings its pressures because there are people that are really excited about this story to come to the forefront. But also it really warms me.”

Colin Bridgerton is the third son in the titular family. Penelope Featherington is the youngest Featherington sister, but has a second identity as high society gossipmonger Lady Whistledown - which was revealed to viewers at the end of season one.

Season two was released on Netflix on March 25 and became the most-watched English-language speaking show on Netflix ever. The third instalment is already in the works, but it will take some time until fans can enjoy streaming the next chapter. 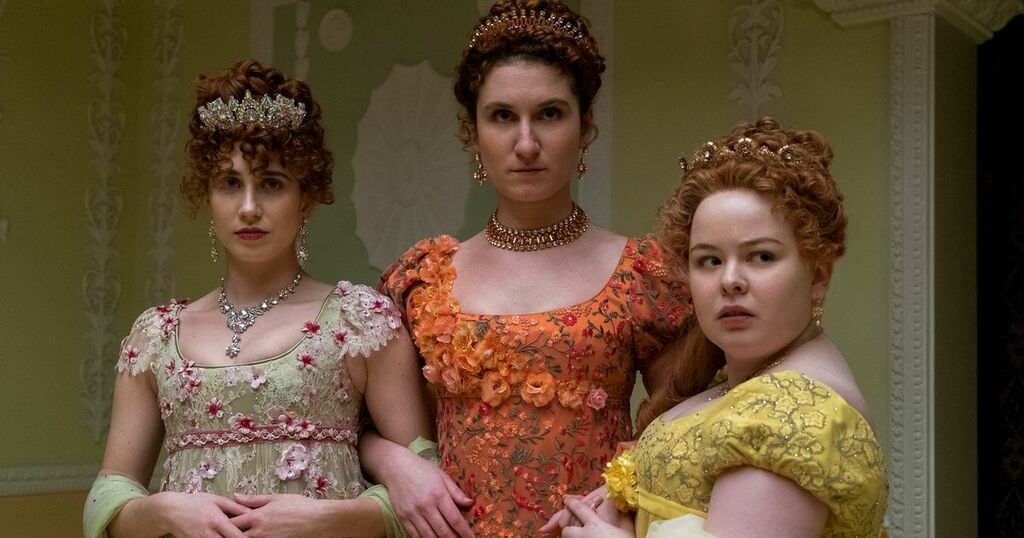 Netflix's Bridgerton: Nicola Coughlan says third series will focus on Penelope and Colin's love story
Nicola Coughlan, who is also known for her role as Clare Devlin in Derry Girls, said that the third series…

Bristol Post
From analysis to the latest developments in health, read the most diverse news in one place.
Bridgerton showrunner explains decision to break from the books and focus on Penelope and Colin in season 3

The new season will be straying from the books for season three, but there's still good news for Bridgerton fans