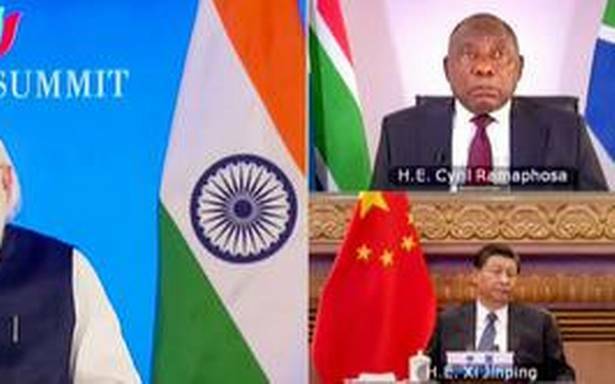 The BRICS has adopted a counter-terrorism action plan, Prime Minister Narendra Modi said on Thursday while chairing a virtual summit of the five-nation grouping.

India hosted the summit in its capacity as its chair.

"It is a matter of great pleasure for me and India to chair this summit on occasion ofthe 15th anniversary of BRICS," the Prime Minister said.

India has received full cooperation from all BRICS partners during its presidency of the grouping, he noted.

The Prime Minister said the BRICS has made many achievements in the last one and a half decades and that it is an influential voice for emerging economies of the world today.

Asserting that it is for the first time that BRICS has taken a collective position on strengthening and reforming multilateral systems, Mr. Modi said,"we have to ensure that BRICS is more productive in the next 15 years".