Brian McFadden has discussed plans for a fourth child with fiancée Danielle Parkinson.

The Boyzlife singer opened up about fatherhood and revealed the couple's plans for another child after suffering two miscarriages in 2020.

They turned to IVF after trying for a baby for two years and after welcoming third baby Ruby last year, Brian said it 'felt like a miracle'.

In an interview on FUBAR Radio, which airs tonight from 6pm, the 42-year-old reveals all about his wedding plans and extending their family.

Speaking to hosts Bobby Norris and Stephen Leng on Access All Areas, the singer said that his wedding had been delayed three times due to the Covid pandemic.

"We were getting married in South Africa," he said. "Then the first pandemic wave hit, so we had to cancel because everyone was locked down."

Brian added: "Then everything got lifted and we had to go back into lockdown, so we cancelled it again. On the third time, we were told we could go to South Africa and have the wedding, but South Africa was on the red list, so we would all have to go into hotel quarantine in the summer holidays.

"That would be a sexy honeymoon, wouldn’t it? Be in a beautiful vineyard in Africa and then spend two weeks in a Holiday Inn at Gatwick airport getting Margherita pizzas shoved under the door. No thanks."

On his plans to extend the family, Brian said: "Yeah absolutely, we had IVF treatments to have Ruby … we had four fertile eggs, the first two were implanted and they miscarried, Ruby was the third, and the fourth one is the strongest.

"We’re going to wait probably a few more months and then we are going to try with that last egg."

"But Molly and Lily are twenty-one and nineteen and when I had both of them, I was in Westlife, so I had no time.

He added: "I am seeing absolutely everything with Ruby, I’m pretty much with her every day, she comes everywhere and if she doesn’t come, I can go on Facetime and I can talk to her and see her.

"It’s just been the most incredible experience of my life, and I just wake up every morning so excited to see her."

Also, in the interview Brian McFadden spoke about his relationship with fellow bandmate Keith Duffy.

He said: "It’s two best mates on the road having fun.

"A lot of people when they start in a pop group, especially from the nineties are put together, they don’t know each other, you have to get to know each other, and you don’t really have a choice … but for Keith and me, we were friends and then we started this thing together.

"We knew we loved each other already.

"We have this great system together where we know how to look after each other, we know when not to p**s the other person off, we know if somebody’s in a bad mood then don’t push their buttons.

"We very rarely have any fights or bad days and if someone is having a bad day, the other person takes care of them, so there is a lot of harmony in our group." 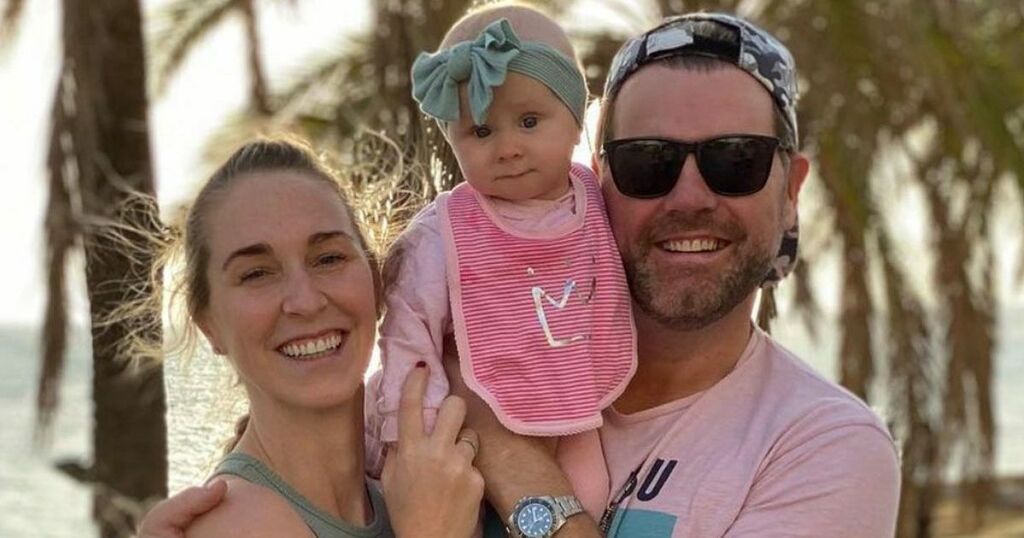 Daily Mirror
From analysis to the latest developments in health, read the most diverse news in one place.
Boyzlife’s Brian McFadden planning fourth baby with fiancée after miscarriage tragedy

Mum-of-one Ola Jordan says that she wants to have another baby and whilst she aims to conceive without help, she's…

'But everything has been great so far and we are really excited,' he said

Wales Online
One place to find news on any topic, from hundreds of sites.
Most popular baby names for 2022 as Gary makes comeback