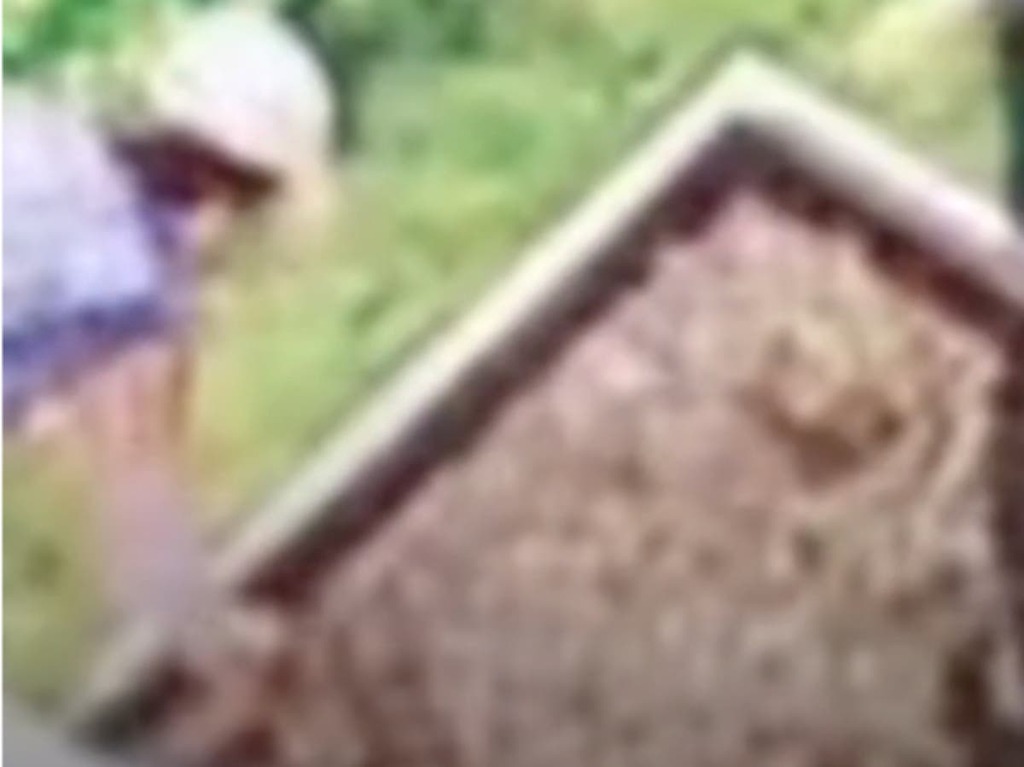 In what may be one of the most far-reaching theories on Brian Laundrie’s disappearance so far, internet sleuths are claiming the fugitive may be hiding in a bunker underneath a flower bed in his parent’s yard.

Mr Laundrie is wanted for questioning in connection with the death of his fiancé Gabby Petito, who went missing while the pair were on a road trip together. Her body was discovered at a Wyoming campsite on September 19 and her death was ruled a homicide. Mr Laundrie has been charged with one count of bank fraud, and police identified him as a person of interest in Ms Petito’s disappearance. He has been missing for several weeks.

In the video, a woman said to resemble Ms Laundrie tends to a flowerbed as an unrecognisable man stands nearby.

TikTok users posited the unlikely claim that as Ms Laundrie bends over the soil, a hand reaches out of the flower bed and hands her something, which she places in her pocket.

TikTok user, charlienovasite, posted a clip showing zoomed-in drone footage and wrote: “There is definitely someone there. You cannot change my mind.”

Another internet sleuth, mamabear_xo, also shared the video on Tiktok, and insisted “Brian is under the garden bed. Watch him hand his mother something.”

The original source of the video clip and when it was shot were not immediately clear.

Other social media users were quick to ridicule the theory and pointed out that the Laundries’ home had already been searched by the FBI, reports the New York Post.

“I can’t believe people actually think Brian Laundrie is in a bunker under their flower bed. Realistically, who would coincidentally have an underground bunker in their backyard already OR be able to build one by the time they realized Gabby was missing,” Twitter user Erin Burns wrote.

Another Twitter sceptic, Nancy Elizabeth tweeted: “Stop with this ridiculous story about Brian Laundrie hiding in a stupid flower bed in the parents backyard. It’s not remotely funny.”

According to his parents, Mr Laundrie has been missing since September 13, when he left to go hiking in the Carlton Reserve. A major hunt has been underway for him over the past few weeks, which has largely focused on the 25,000-acre nature reserve.