Breyer: Supreme Court leaker still appears to be a mystery

It's a Washington mystery that no one seems able to unravel. The Supreme Court apparently still hasn't found the person who leaked a draft of the court's major abortion decision earlier this year.

In a television interview airing this weekend, retired Supreme Court Justice Stephen Breyer, who left the court in June when the justices began their summer break, says he hasn't heard that the person's identity has been determined.

Breyer, 84, was speaking with CNN anchor Chris Wallace. According to a transcript provided by the network, Wallace asked about the leak, which happened in May: “Within 24 hours the chief justice ordered an investigation of the leaker. Have they found him or her?”

“Not to my knowledge, but ... I’m not privy to it,” Breyer responds. Wallace presses: “So in those months since, the chief justice never said, ‘Hey, we got our man or woman?’”

“To my knowledge, no,” again responded Breyer, who despite being retired maintains an office at the Supreme Court. The interview is to air Sunday on “Who’s Talking to Chris Wallace?”

Other justices have also suggested recently that the identity of the leaker remains unknown to the court. At a conference in Colorado this month Justice Neil Gorsuch said it is “terribly important” to identify the leaker and he is expecting a report on the progress of the investigation, “I hope soon.” Justice Elena Kagan also said recently she does not know if the investigation Roberts ordered has determined the source of the leak.

Breyer, a liberal appointed to the court by President Bill Clinton, also spoke on a range of other topics with Wallace.

He was a about Virginia Thomas, a conservative activist and the wife of Justice Clarence Thomas, and her involvement in helping former President Donald Trump try to overturn his election defeat. Thomas has faced criticism for texting with White House chief of staff Mark Meadows and contacting lawmakers in Arizona and Wisconsin in the weeks after the election. She recently agreed to participate in a voluntary interview with the House panel investigating the Jan. 6 insurrection.

Breyer, who watched his liberal colleague Justice Ruth Bader Ginsburg opt not to retire when President Barack Obama could have named a like-minded replacement, said he would miss being on the court but that it was time to leave. Ginsburg died near the end of former President Donald Trump's term, and he named the conservative Justice Amy Coney Barret to replace her. Barrett was confirmed just days before the presidential election that ousted Trump from office.

“I’ve done this for a long time. Other people should have a chance. The world does change. And we don’t know, frankly, what would happen, if I just stayed there and stayed there. How long would I have to stay there? ... I owe loyalty to the court, which means don’t muck things up. Do things in a regular order,” Breyer said. 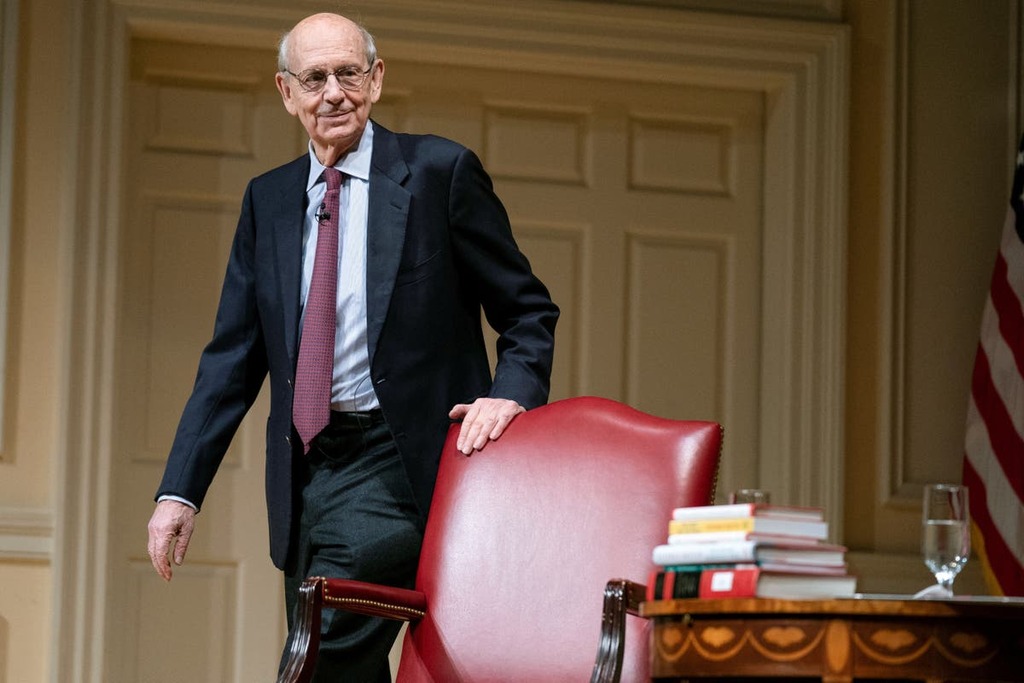 Breyer says leak of Supreme Court draft to overturn Roe v Wade was ‘very damaging’ as leaker remains unknown
Now retired, former justice said he did ‘everything I could’ to persuade court against revoking constitutional right to abortion

The Independent UK
From analysis to the latest developments in health, read the most diverse news in one place.
Ex-Supreme Court Justice Stephen Breyer refuses to condemn Ginni Thomas over efforts to overturn election

‘Was I happy about it? Not for an instant’, former Justice Stephen Breyer says

The Independent UK
Breyer: "I am very, very, very sorry" Roe was overturned

"Was I happy about it? Not for an instant. Did I do everything I could to persuade people? Of course,…

The Guardian - US
One place to find news on any topic, from hundreds of sites.
Supreme Court justice’s wife agrees to interview with Capitol riots panel

Conservative activist Virginia Thomas, the wife of Supreme Court Justice Clarence Thomas, has agreed to participate in a voluntary interview…