By Reed Landberg and Golnar Motevalli 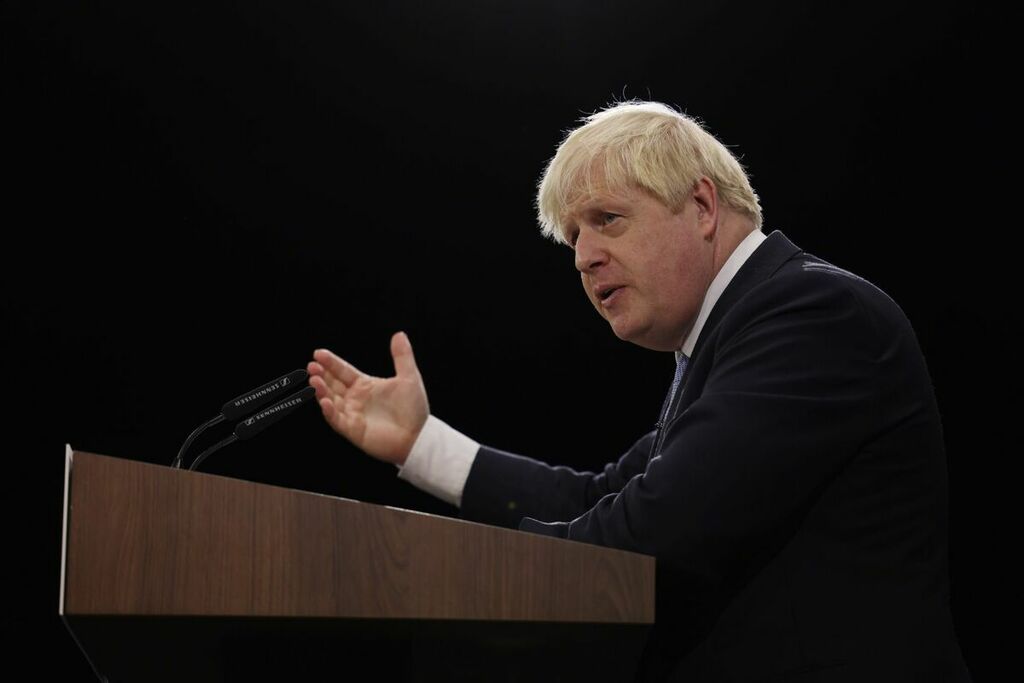 Britain is headed for a clash with the European Union this week over the border controls in Northern Ireland, an issue that could erupt into a full trade war and threaten peace in the region.

The U.K.’s Brexit minister David Frost on Tuesday will seek “a significant change” to the Northern Ireland Protocol, which governs trade flows with Ireland after Britain left the EU.

“No one should be in any doubt about the seriousness of the situation,” Frost said in the text of a speech to be given in Lisbon on Tuesday. “That is why we are working to reflect the concerns of everyone in Northern Ireland, from all sides of the political spectrum.”

The rift threatens to erupt just as the government is struggling with a number of other headaches. But the prospects of starting another fight with Brussels could help Prime Minister Boris Johnson nudge the narrative away from how Britain is reeling from a supply-chain crisis that Brexit has exacerbated.

Britain remains at loggerheads with France over fishing rights, and U.K. ministers spent the weekend bickering about how to cope with a surge in energy prices. Concerns are growing about a major United Nations climate summit Johnson is hosting in Glasgow next month. Meanwhile, the Treasury is working on a budget statement due Oct. 27 as speculation mounts that rising inflation will prompt the Bank of England to lift interest rates earlier than previously expected.

‘From Crisis to Crisis’

Both the Labour opposition and some of Johnson’s Conservatives have expressed concern that the administration doesn’t have a grip on the issues.

“They are lurching from crisis to crisis, and it’s patiently not in control,” former Conservative Deputy Prime Minister Michael Heseltine said in an interview on Sky News. Speaking to the BBC, Labour’s Emily Thornberry said “this government has wave after wave of crisis. We shouldn’t be in a situation where we wait until there’s a crisis and then react.”

As part of the Brexit deal last year, Johnson agreed to customs checks between Northern Ireland and the British mainland. The deal allowed most of the country to escape EU regulations, and avoided the prospect of a hard customs border on the island of Ireland.

Since then, the U.K. has been pushing the EU to completely scrap the Northern Ireland Protocol and refused to implement key elements of the deal. The EU has said that it won’t renegotiate the pact, but is willing to make adjustments to ease bottlenecks between Britain and Northern Ireland.

Frost’s remarks released over the weekend suggest the U.K. is digging in for deeper changes than the EU appears ready to make. Frost will tell diplomats that a major revision of the pact will be a “pre-requisite” for better relations between the EU and U.K.

Frost told European Commissioner Maros Sefcovic that removing the European Court of Justice’s authority over the Northern Ireland protocol is a “red line” for the U.K. That prompted a heated exchange on Twitter with Ireland’s Foreign Minister Simon Coveney.

Coveney said the U.K. has created “a new ‘red line’ barrier to progress that they know EU can’t move on.” Frost retorted that the demand on the ECJ is not new and that “the problem is that too few people seem to have listened.”

Coveney told RTE Radio on Monday that London is “shifting the playing field” by demanding the EU drop ECJ jurisdiction over the protocol. “I believe the U.K. ultimately do want to get a deal, but they will need to compromise too,” he said.

Over the coming week, Frost plans to share a legal text on the changes that the U.K. wants. He says they’re needed to reduce the threat to landmark 1998 peace deal that eased sectarian violence in Northern Ireland.

On Thursday, Sefcovic signaled the bloc was willing to offer Johnson’s government greater flexibility in shipping pharmaceuticals into Northern Ireland and over the inspecting food products. Customs checks will also be simplified and local institutions will have a bigger role in the process, Sefcovic said.

Johnson has threatened to invoke Article 16 of the protocol, which gives either side the right to suspend parts of the agreement if it causes “serious economic, societal or environmental difficulties.” In that instance, the EU would have the right to take reciprocal measures to safeguard the integrity of the single market and that could disrupt the broader trading relationship between the two sides.