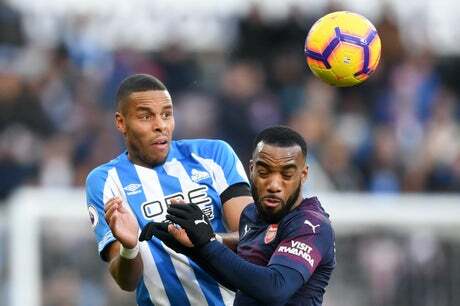 Brentford have completed the signing of Denmark defender Mathias Jorgensen.

The 31-year-old, who is better known as Zanka, has joined the Bees on a one-year deal subject to confirmation of a work permit and international clearance.

The centre-back was previously a free agent after leaving Turkish side Fenerbahce earlier on this summer.

Zanka has Premier League experience after playing for Huddersfield Town when they had two years in the top flight between 2017 and 2019.

The defender spent last season on loan from Fenerbahce to Danish Superliga side FC Copenhagen and helped them finish third.

Brentford boss Thomas Frank said: “We are pleased that we could strengthen our squad and bring in a top quality experienced player to the group. This was especially important after Mads Bech picked up an injury.

“Zanka brings a wealth of experience from different leagues and a lot of international games, he has also played in the Premier League before.”

Zanka’s deal with Brentford includes the option to extend his stay by a further 12 months until June 2023.