It started with a Friday night win over Arsenal to start the campaign and there were plenty more memorable moments for Bees fans, as the club finished in 13th and just five points off the top-half.

Brentford’s challenge now will be ensuring they don’t suffer from the kind of second season syndrome that almost saw Leeds go down.

The season in one word: Feelgood

Star of the show: Christian Norgaard

Somehow continues to be among Brentford’s most under-rated players despite also being acknowledged as their best.

A touch harsh, but there have not been many and the drop-off after No 1 David Raya was sidelined was huge.

The win at the Bridge was an incredible result, but the opening-day win over Arsenal set the tone for what followed.

Losing at home to Norwich wasn’t great, but the loss at St Mary’s started a run of eight without a win that left the Bees fearing the drop before Christian Eriksen was brought in and ready for action.

At 24, he’s perhaps a touch old for this, but the German has been one of many breakout performers in this first top-flight campaign in only his second season in English football.

Thomas Frank has been a breath of fresh air. A decent, engaging man, a superb coach and deserving of his Manager of the Year nomination.

Had to wait a long time for first Premier League campaign — and it has delivered. They, too, have added so much to the division with the home atmosphere on some memorable nights. 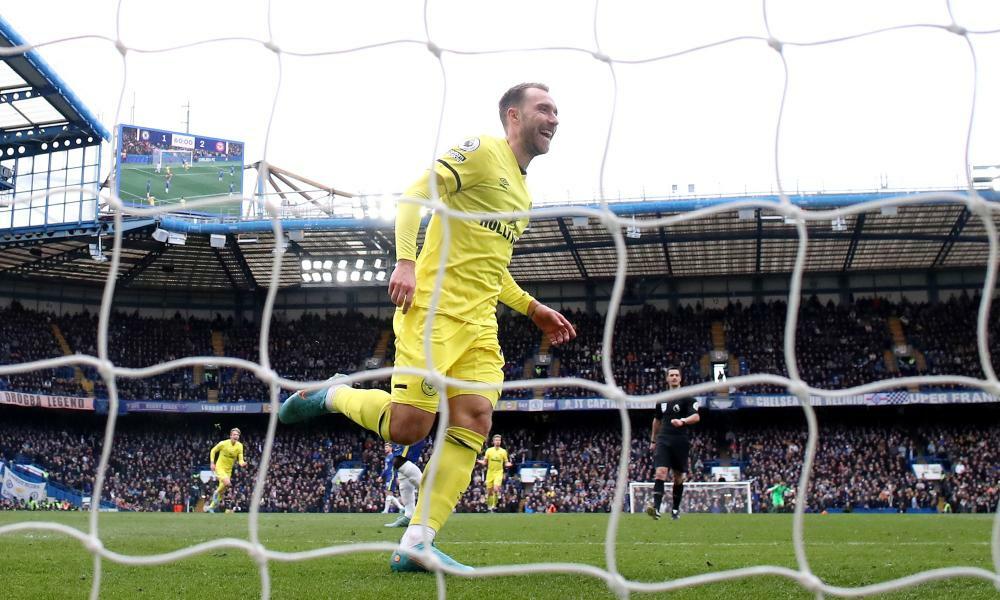 The Guardian - UK
One subscription that gives you access to news from hundreds of sites
Premier League 2021-22 review: the season’s best photos

Our photo editor selects his favourite frames – including epic celebrations, crunching tackles and a bizarre banner featuring the ‘Moyesiah’