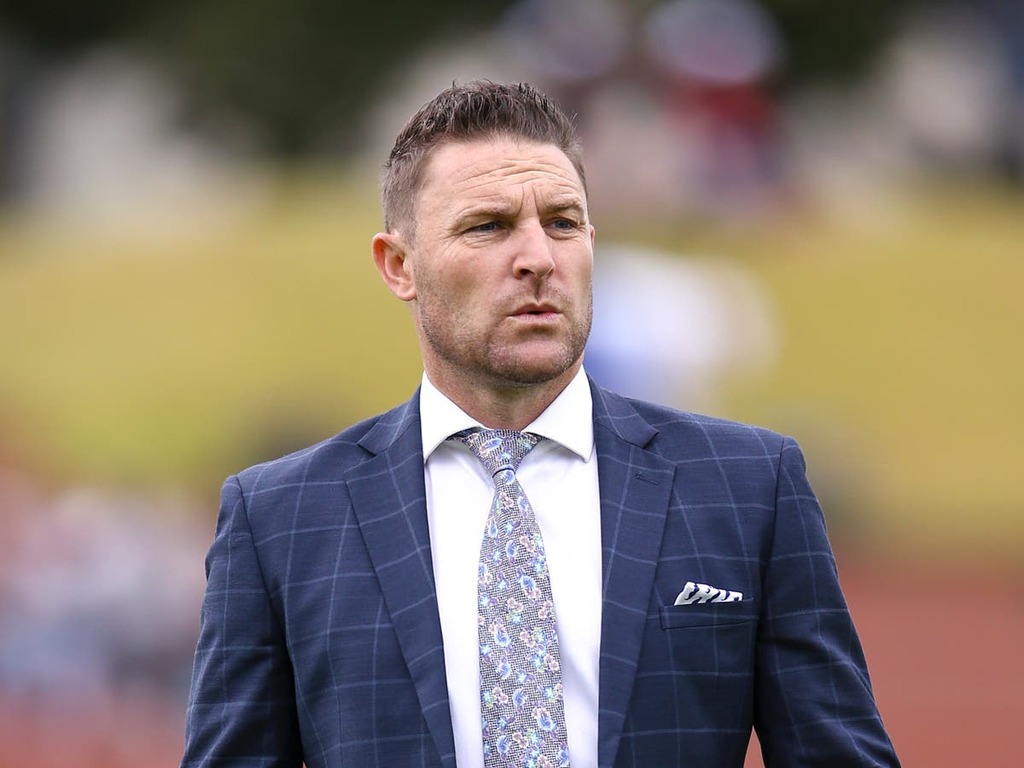 The Independent UK
One subscription that gives you access to news from hundreds of sites
Set for England coaching job, Brendon McCullum to quit KKR

MUMBAI: Former New Zealand captain Brendon McCullum will quit as the Kolkata Knight Riders coach at the end of IPL…

Brendon McCullum’s appointment as England’s Test coach appears imminent with the New Zealander having informed close contacts that he has been offered the job.

Reports in India suggest he has also handed in his notice at Kolkata Knight Riders and will be free to begin a new role after their final game of the Indian Premier League season has concluded next Wednesday. A formal announcement from the England and Wales Cricket Board is expected before the end of the week, with the 40‑year‑old McCullum emerging as favourite following the completion of the interview process.

His first task as coach would be to prepare the side to face the team he once captained, New Zealand, in a three-Test series next month. After the Black Caps won the World Test Championship last summer Kane Williamson, the captain, credited McCullum with instigating the “drastic changes in terms of the culture” that propelled the team forward.

The Indian Express has reported that KKR’s players have been told about McCullum’s departure, with an unnamed insider quoted as saying: “He informed us that he won’t be part of KKR going ahead as he will be taking up a job as England cricket team coach. He informed us during a team meeting a few days ago.”

The new England director of men’s cricket, Rob Key, said last week that a job in the IPL would not stop a candidate from being appointed coach of the Test team, but McCullum has decided to concentrate on his role with the ECB. “It’s not an issue if they’re the best person,” Key said.

“You have to move with the times and I can’t see why Jos Buttler, for instance, could play the whole IPL but our coaches couldn’t be there for it all. Who knows where the IPL will be in five years’ time but at the moment there’s no international cricket when the IPL’s on. I’d rather have the best person for 10 months a year than someone not as good for 12.”

McCullum guided KKR to the IPL final last year, albeit via a stunning and unexpected turnaround after the team lost five of their first seven games. This season they have struggled and only the bottom-placed Mumbai Indians have lost more than their seven matches.

While McCullum’s appointment could be confirmed as early as Thursday, the process of recruiting a white-ball coach continues, with the interview process still incomplete. Matthew Mott, the 48-year-old head coach of the Australia women’s white‑ball team, has emerged as a leading contender for the equivalent job with England’s men, for which his chief rival is thought to be Paul Collingwood, who acted as interim head coach for the five-match Twenty20 series in Barbados in January as well as their three‑Test tour of West Indies in March.

Should McCullum and Mott be thrown together by the ECB it would be a reunion for a pair who first combined at KKR in 2008, when McCullum was a player and Mott the assistant coach. Later that year McCullum was apparently instrumental in Mott being shortlisted by New Zealand as they sought a new coach for their men’s team. He was offered the job but, aged 35 and having by then spent only one season as a first-class coach, chose to stay with New South Wales and Andy Moles was appointed instead.

Potential rivals for the role with England’s white-ball team include Gary Kirsten, who has slipped from being the favourite for the Test job to an outsider for the short-form role since the recruitment process began, the former Australia all-rounder Shane Watson, who is assistant coach with Delhi Capitals in the IPL. Stephen Fleming, the New Zealander who is head coach of the 2021 IPL champions Chennai Super Kings, is another contender.

The Independent UK
One subscription that gives you access to news from hundreds of sites
Set for England coaching job, Brendon McCullum to quit KKR

MUMBAI: Former New Zealand captain Brendon McCullum will quit as the Kolkata Knight Riders coach at the end of IPL…