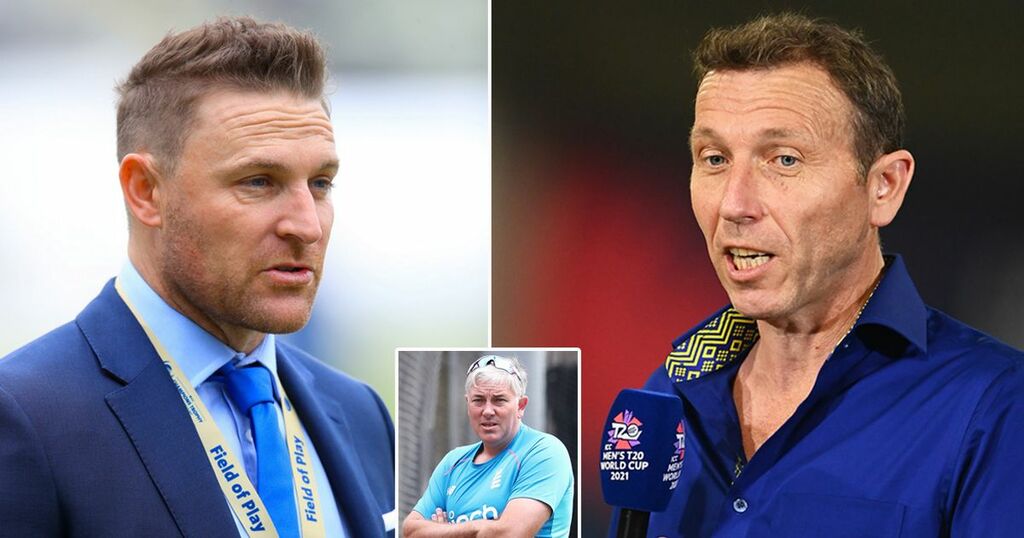 Michael Atherton says new England coach Brendon McCullum is the "anti-Chris Silverwood"
Brendon McCullum has been tasked with turning around England's woeful Test form, with the side winning just one of their…

The former New Zealand captain is understood to have signed a four-year contract.

Brendon McCullum has been confirmed as the new England Test coach, with the New Zealand legend replacing former head coach…

Brendon McCullum’s appointment as England’s new head coach of the Test team could turn out to be an inspired choice, according to former captain Michael Atherton.

The former New Zealand skipper will leave his job at Indian Premier League franchise Kolkata Knight Riders to take over a red-ball side that has fallen to bottom place in the World Test Championship.

The 40-year-old has never coached at first class or Test level, but he is renowned as one of the sport’s most progressive thinkers and dynamic leaders.

McCullum is understood to have agreed a four-year contract, edging out the likes of Gary Kirsten, whose credentials with South Africa and India had once made him favourite to land the job.

Atherton believes if McCullum can make the same impact he did as Black Caps skipper, then England should be able to move forward with confidence for the challenges ahead.

“It is a very bold and imaginative choice and it could be an inspiring choice for (director of men’s cricket) Rob Key with his first major decision,” Atherton said on Sky Sports News.

“To give Brendon McCullum the Test job – a week or so ago, I don’t think that was on anybody’s radar, so he has not made the obvious choice here, but I think it’s a very bold choice actually.

“He is a nice fit with Stokes, they both approach the game and play the game in a similar manner.

“They will look to get a very clear message, captain and coach, from the same page, to a team that now you expect to have given a bit of freedom and licence to play.

“Neither Stokes nor McCullum are shy characters when it comes to playing cricket – they like to take the game on and play it aggressively.

“(You would think) McCullum as coach is going to be very similar to McCullum as a player and as a captain.”

Atherton does not feel a lack of red-ball coaching experience at the highest level should necessarily hold McCullum back as he looks to improve England’s dire run of just one win in 17 Test matches.

“He did play 100 Tests, he scored a Test match triple 100 and he was very significant Test cricketer in his own right,” the former England opener said.

“As captain, he really led New Zealand into a brave new era of cricket really from the moment that he took over.

“He led boldly and fearlessly transformed that New Zealand team to the point at which he laid the foundations for Kane Williamson’s team which became Test champions and have been very significant players in ICC events.

“So, as a captain and as a leader, he has got plenty of experience in Test match cricket.”

Ramprakash said on BBC Radio 4: “McCullum’s lack of experience means this is thinking outside the box, but Key must feel he has the personality to help inspire the Test side.

“McCullum always talks about wanting to take the positive option, but he will need to have a little bit more meat on the bone, in terms of tactics, for England’s Test side.

“It will be McCullum’s job, along with Stokes, to find some continuity and get the team playing better cricket.”

Michael Atherton says new England coach Brendon McCullum is the "anti-Chris Silverwood"
Brendon McCullum has been tasked with turning around England's woeful Test form, with the side winning just one of their…

The former New Zealand captain is understood to have signed a four-year contract.

Brendon McCullum has been confirmed as the new England Test coach, with the New Zealand legend replacing former head coach…