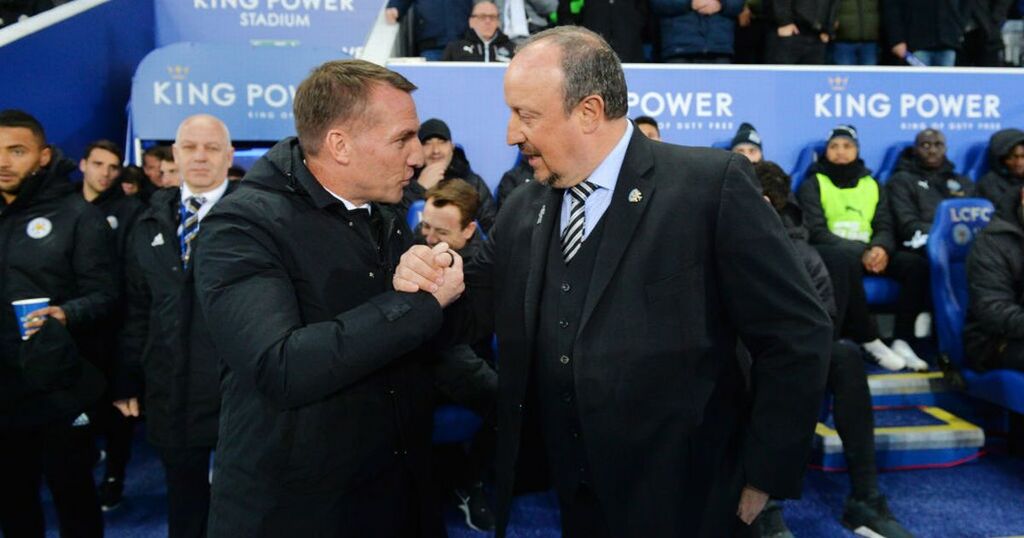 Everton and Leicester were due to face each other at Goodison Park on Tuesday night in a fixture which was already rearranged from December.

However, the Premier League confirmed on Sunday that the match had been postponed for a second time at the request of the Foxes due to Covid cases, injuries and players being away at AFCON in their squad.

Before that announcement, their manager Rodgers had taken his pre-match press conference, which followed his side's FA Cup victory over Watford on Saturday.

When asked about Benitez's start at Everton, the Leicester boss argued that injuries have played a huge factor.

Rodgers said: "Of course it's been difficult, Rafa's missed a lot of players in his team.

"They started the season well but it was always going to be difficult. A club like Everton, ourselves - if you miss your best players it's very tough.

"(Dominic) Calvert-Lewin has been out for a long time and he's one of the best strikers in this league. So it's been a real challenge for him.

"But he's (Benitez) a top-class manager, he's a proven manager. He'll be confident that once he gets his players back, and he can bring in the players he wants to, I'm sure he'll do a fantastic job.

"In the meantime, he's trying to get over this challenge. They've changed their system in the last few games.

"It's the culture of football nowadays unfortunately, if you win games you can walk on water, if you lose games you're the devil. That's usually the way it works.

"As a manager, he's super experienced, so he'll get onto the next game and that's always a challenge for the manager."

Rodgers went on to admit that he does feel sympathy for Benitez being in the position he is in.

However, he believes his opposite number has the wealth of experience necessary to turn things around at Everton if he is given the time to do so.

"I empathise with every manager, especially when it's clear he's missing a lot of players and hasn't yet been able to get the right types of personnel he would want," the Leicester boss added.

"So that always takes a little bit of time. Everton have appointed a really, really experienced manager.

"With time and support financially, I'm pretty sure he will get the squad to be really competitive.

"At the moment he's had injuries, so it's always a challenge. If you don't win games, you can come under it a little bit.

"But you can't deny and can't get away from that he's a top-class manager. With that time, he'll show that at Everton."

Rodgers was also asked about former Leicester winger Gray, who has been one of the stand-out performers of Everton's season so far with a string of brilliant displays.

Gray left Leicester in 2021's January transfer window for a brief spell at Bayer Leverkusen before coming back to the Premier League with Everton in the summer.

And the Foxes manager is very happy to see his former player doing so well on Merseyside, even admitting he didn't want the forward to leave the King Power Stadium.

"Yeah I'm delighted for Demarai," Rodgers remarked. "I think he felt he needed to [leave], I'd have loved for him to have stayed. But I just think he'd been at the club for about seven years, and he wanted to go and be a regular player somewhere.

"He had the opportunity to go to Germany and that didn't work out, and sometimes you come back and think this might be the last chance.

"He's grabbing it, from what I've seen of him.

"I'm delighted for him personally, he was a good guy. When I was here he made really valuable contributions.

"But I think he felt he needed to go away and start every game, and he felt the best opportunity to do that was probably to move on from Leicester.

"He's scored some important goals for them and he's a very good player."