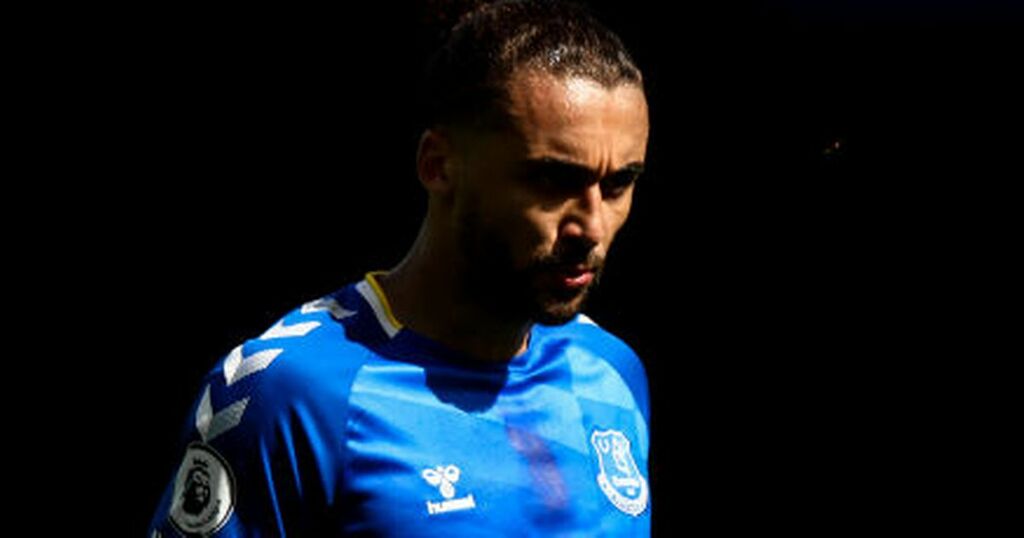 If Frank Lampard was watching Leicester City's defeat to Roma in the Europa Conference League on Thursday evening, as you expect he might well have been, then he could have been given a stark reminder of an important weakness to exploit.

But, he will know that his Everton side will have to do a lot of work themselves if they are to get to that level by the time they travel to the King Power Stadium on Sunday afternoon.

It took 11 minutes on Thursday for the Foxes to show their Achilles' heel once more. Lorenzo Pellegrini whipping in a good, out-swinging corner into the box where he found Tammy Abraham rising well above anyone else to plant a firm header beyond Kasper Schmeichel - ultimately putting the tie beyond Brendan Rodgers' side in the process.

The manager, after his team's exit from European competition, was asked about his decision to have full-back Ricardo Pereira as the man marking the striker from the set piece. But, he defended the choice, claiming that his side didn't have enough tall players for the threats Roma possessed.

He remarked: "No. Everyone else was...they've got five big threats. So that mis-match was going to be somewhere, and unfortunately that's where it came.

"We've given away too many cheap goals, which has too many times put us on the back foot and cost us."

It'll hardly be a big surprise for Lampard to see Leicester struggle with set pieces if he was tuning in on Thursday. He and his coaching staff meticulously research every opponent they are due to face, they know how many the Foxes concede from those positions.

In the Premier League this season their figure stands at 17 goals conceded from set pieces, one behind Leeds United who are the highest in the division. What must be said here is that Everton aren't streets better, they're joint-fourth on the list having let in 14 from those scenarios.

But it wouldn't be a shock at all if the Blues manager had been hard at work over the course of this week attempting to perfect set pieces for his side. If there's any weakness in an opponent, it would be silly to not try and exploit it.

For it to work, Lampard and his staff will have to turn around the trend that has plagued the majority of Everton's season. They find themselves 17th in the Premier League in terms of goals scored from set pieces this season with a measly six. Only Watford and Norwich have fewer - with Crystal Palace equal to the Blues.

Practicing deliveries into the box could be key to that. While Anthony Gordon has been generally fantastic in recent months, the consistency of his dead-ball deliveries still needs improvement - Demarai Gray could similarly work on his set pieces as well.

Inside the box, given Rodgers' most recent quotes, it could be a case of crowding the Blues side with as many tall players as possible to try and exploit this glaring Leicester hole. If they're still struggling on set pieces now, they won't have plugged the gaps in the two days until Everton visit the King Power Stadium.

In that sense, Yerry Mina could find himself just as vital in the opposition box as he usually does defending his own. Everton have missed his influence when standing over dangerous free kicks or corners ready to be delivered into the box.

Lampard, of course, will know full-well how important the Colombia international can be for set pieces. It was the centre-back who muscled his way into space inside the box to plant Gray's cross into the back of the net for the very first goal of the new manager's tenure with the club.

Since then, the boss has been forced to use Mina sparingly thanks to injuries, but his likely start in this match could open up a real avenue for Everton to exploit. The same could be said for whoever might start alongside him in central defence - whether that be Mason Holgate, Michael Keane or perhaps both to try and bolster the height of the side.

Abdoulaye Doucoure's 6ft frame gives him potential inside the box although he's not often shown that side of his play during his time at Goodison so far. Richarlison, on the other hand, has regularly displayed his prowess in the air and could prove himself to be very dangerous.

But, could this trait perhaps be a way into the side for Salomon Rondon? He's been very useful off the bench in recent matches with his physicality and hold-up play, and maybe this could be an opportunity for him to demonstrate his aerial ability inside the box.

Or, maybe, there is a chance for Dominic Calvert-Lewin to find the back of the net once more by rekindling the heading ability which proved so effective last season. Remember that bullet-header against Spurs on the first day of 2020/21? Wouldn't it be lovely to find that again.

Regardless, there are options facing Lampard in this sense. But, even with Leicester's weakness in this area, it's not exactly proven to be an Everton strength this term - something has to change.