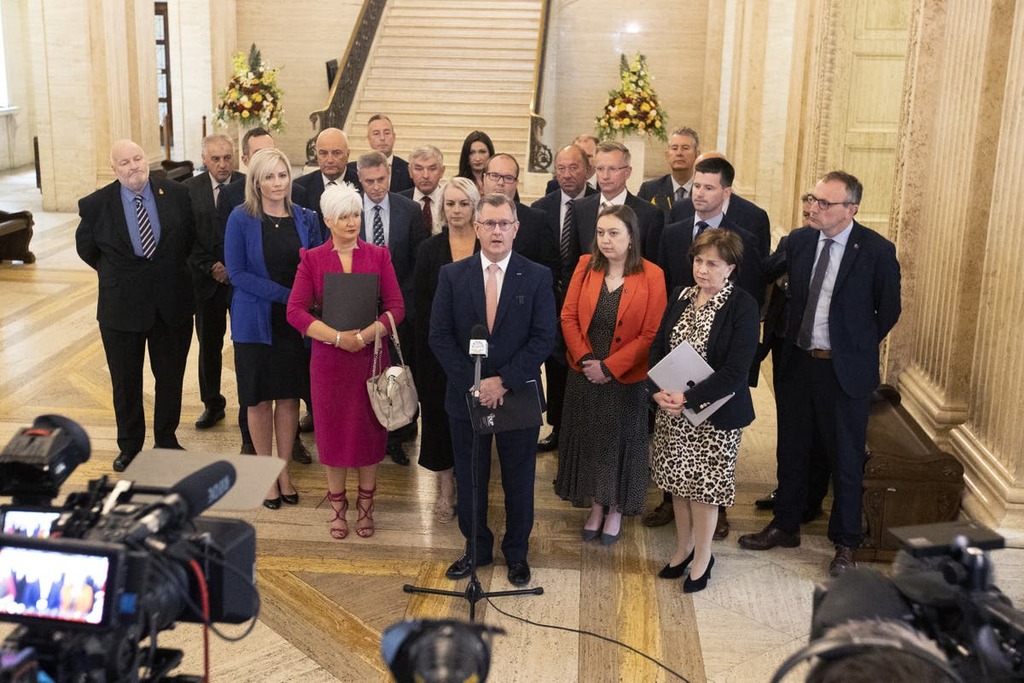 The party is set to block the election of a new speaker during the first sitting of the Stormont Assembly.

She will replace her party leader Sir Jeffrey Donaldson as an Assembly member. 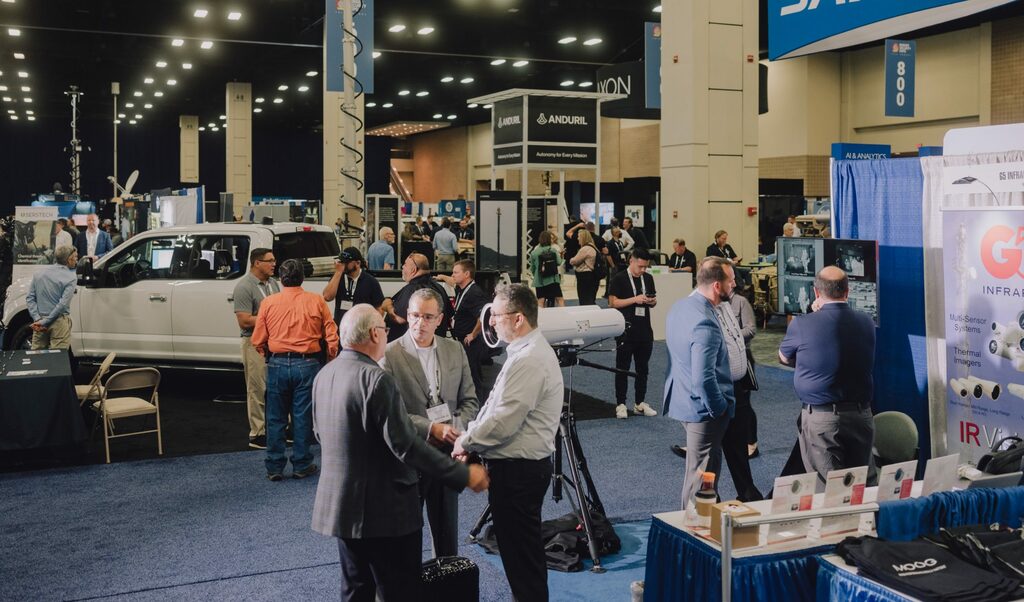 The San Antonio Border Security Expo Is Decadent and Depraved
Robot dogs, cocktails, a shooting competition, and more taxpayer money than you can shake a drone at.

The theory began in white supremacist circles and has slowly integrated into the mainstream of Republican politics.

It surprised many that Emma Little-Pengelly was announced as DUP leader Sir Jeffrey Donaldson's stand-in at Stormont while he remains at Westminster to protest over Brexit's Northern Ireland Protocol.

Just last week as votes were being counted, Ms Little-Pengelly was providing political commentary in election broadcasts as an apparent semi-detached bystander.

It now perhaps makes some sense why some observers considered her contributions to coverage a tad pedestrian, sticking closely to the party line.

Many expected the DUP's Paul Rankin would again be co-opted to Lagan Valley after his two short weeks as MLA in March before Stormont was dissolved for the election.

Looking at the bigger picture for the DUP, the decision to choose Ms Little-Pengelly makes sense.

The barrister brings a wealth of political experience to the DUP's Assembly team, having previously served as a Junior Minister, MP, MLA and Stormont special adviser.

Even during her absence from front-line politics, she has been one of the foremost defenders of the DUP in the media.

And while the party refreshed its ranks at the Assembly last week with some promising new faces, fewer than a quarter of their elected MLAs are women.

Crucially, it also puts Ms Little-Pengelly in pole position to be the DUP candidate in a Westminster by-election when Sir Jeffrey does eventually step down as MP to return to Stormont.

The DUP has been in a quandary for some time over how to handle a looming battle with the Alliance Party for the MP seat.

In the 2019 Westminster election, Sir Jeffrey comfortably retained the seat with a 43.1% share of the vote compared to 28.8% for Alliance's Sorcha Eastwood in second place.

But Sir Jeffrey saw his vote plunge by 16% while Alliance's surged by almost 18%. It is a trend the DUP will want to avoid continuing.

It was believed former First Minister Paul Givan was a potential choice, but a female candidate outside of the DUP's Christian fundamentalist wing may appeal more to voters against Ms Eastwood.

However, Ms Little-Pengelly could still be polarising for the electorate. After all, the landslide result for SDLP South Belfast MP Claire Hanna in 2019 was not just an anti-Brexit vote, but about ousting Ms Little-Pengelly.

It is the second time Ms Little-Pengelly has been co-opted to the Assembly. In 2015, she was appointed both as an MLA and Junior Minister within the space of a month.

Her latest co-option attracted the expected criticism from other Stormont parties, including the SDLP which said it made a joke of the electoral process.

However, it was repeatedly highlighted in media reports during the election campaign that Sir Jeffrey was refusing to say if he would immediately take up his seat at Stormont. Voters surely cannot say they were unaware that shenanigans were afoot.

And while a co-option just days after the vote is particularly galling, all of the main parties have at some point made use of the co-option system to shuffle their teams without triggering an election.

Before the poll last week, around one in four MLAs in the Northern Ireland Assembly were unelected. There appears to be little appetite at Stormont to change this system despite this week's events.

No-one expected that Ms Little-Pengelly would be absent from front-line politics for long when she stepped down as a Stormont special adviser last year. It was always a question of when, not if she would return.

Her rapid co-option may be a coarse way of making a comeback, but it signals the DUP is gearing up for bigger electoral fights ahead.

For the latest politics news straight to your inbox, sign up to our newsletter here.

The party is set to block the election of a new speaker during the first sitting of the Stormont Assembly.

She will replace her party leader Sir Jeffrey Donaldson as an Assembly member.