Killer who choked mum-of-two, 35, to death during sex is jailed for under 5 years 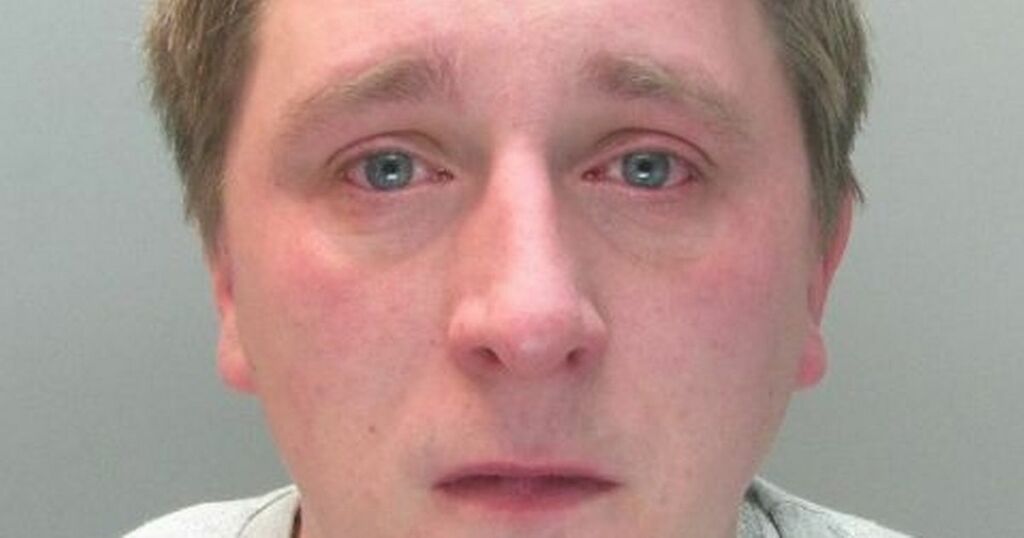 A man has been jailed for four years and eight months after he choked a woman to death during sex.

Sam Pybus, 31, choked Sophie Moss, 35, to death as the pair had sex at her home in Darlington on February this year.

Ms Moss was found unresponsive by police and was taken to hospital where she was tragically pronounced dead.

Pybus - who was married to someone else at the time - had attended Darlington Police Station to alert officers to Sophie’s death, stating that he believed he had fatally strangled her after being invited to her home in the early hours of that morning. Pybus had drunk 24 bottles of Amstel lager over 10 hours.

Richard Wright QC, prosecuting, said Ms Moss lived alone and had a history of alcohol misuse, and had physical and mental health problems.

The pair had been in a sexual relationship and would see each other for sex around six times a year.

Pybus admitted killing her, but denied murder, instead claiming that he did not mean to cause her any harm or serious injury.

He pleaded guilty to the lesser charge of manslaughter, which was accepted by the Crown Prosecution Service and has now been jailed for four years and eight months.

Pybus, who has no previous convictions, "came to" when Sophie became unresponsive, the court heard.

The court heard he reported to have little recollection of the circumstances of the sexual activity during which he killed her.

Pybus records coming to wearing his boxer shorts and described his hands as hurting so he “must have strangled her although he did not remember doing so."

The court heard that he left the flat and “spent about 15 minutes in his car considering his options during which time he had not sought to render first aid to Sophie nor had he sought any emergency medical assistance for her" before he drove to Darlington Police Station and told officers he thought he had strangled her.

Judge Paul Watson QC said: “Sophie was someone who suffered from her own disabilities and her own vulnerabilities.

"I also find that this was a case in which at the time you were voluntarily intoxicated - unable to judge the situation and perhaps to have stopped when it was obvious that you had gone too far.

“Sophie was a much-loved mother, daughter and sister and her death has devastated her entire family. The sense of loss of Sophie has been, to use her brother James’ own words for the whole family, immeasurable.”

He added: “It was, in my judgement, obviously dangerous conduct whether consensual or otherwise.”

During the sentencing hearing, the court heard from the father of Sophie's two sons who said he will one day have to tell them what happened to their mother.

"I’ve told the boys that their mummy was really sick and in hospital unfortunately the doctors did everything they could to save her but she was too poorly. What else do I tell them?”

He said when they learn the truth that will bring questions and distrust.

A statement was also read out by Sophie's brother, James, who said losing her was like losing a part of himself.

James said on their last call, on the Sunday before she died, she sounded happy.

“My sadness is too overwhelming," he told the court. "More than anything I miss her and I miss her love - everyday with my entire being.

"I would give anything to hear her laugh again."

He said their mum did everything she could to support Sophie and said she is “completely stricken with grief” and “utterly heartbroken”.

James described how their father suffers with dementia and struggles to remember one moment from the next.

Despite everything he faces, Sophie’s brother said they decided to tell him a watered down version of events and says he was “instantly traumatised” before half forgetting and moments later remembering something was wrong and they’d have to go through it again.

“It has shook him so much it has become the only thing he has even part registered for years,” said James.

He described her growing up as joyous and vibrant, funny, talented and fearless “unless she saw a spider”.

Detective Chief Inspector Andy Reynolds, who led the investigation, responded to the sentencing and said: “This was a difficult and complex investigation, and our thoughts remain with Sophie’s family and friends at this difficult time.

“Although nothing can ever bring Sophie back, I hope today’s result will offer them some comfort and help them to come to terms with their devastating loss.”