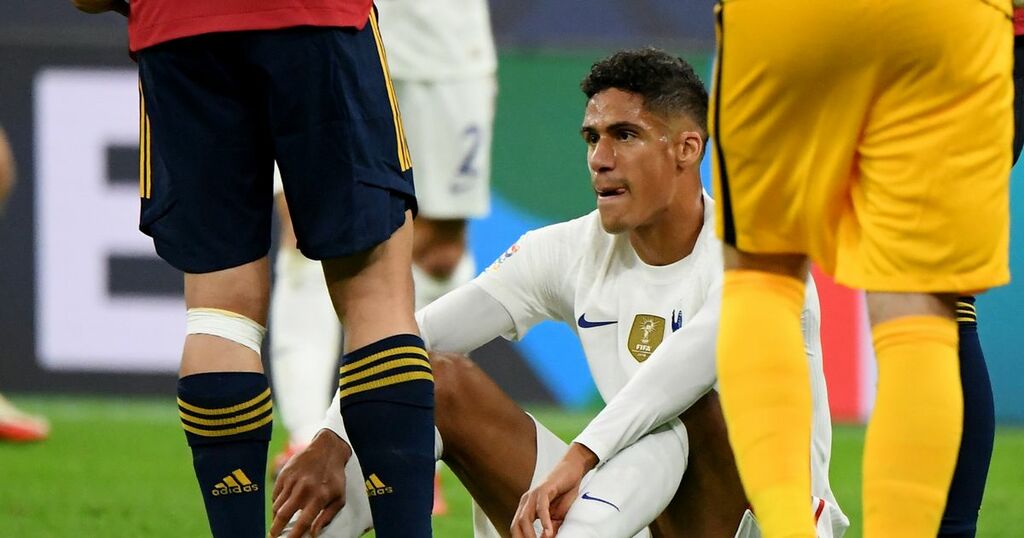 Manchester United's injury woes have worsened with the club confirming Raphael Varane will be out "for a number of weeks" after suffering a muscular issue whilst on international duty with France.

Ole Gunnar Solskjaer is already without captain Harry Maguire, who limped out of the home defeat to Aston Villa last month.

Maguire missed the Champions League win over Villarreal and the draw with Everton, whilst he was ruled out of the latest batch of England fixtures.

And now Solskjaer looks set to be without Maguire's defensive partner Varane, after pulling up during France's 2-1 win over Spain in Sunday's Nations Legue final.

On Tuesday, United released a statement which reads: "Raphael Varane sustained a groin muscle injury in the UEFA Nations League Final and has commenced rehabilitation at the club. He will be out for a few weeks."

It means the Red Devils could be without the former Real Madrid star for a pivotal run of fixtures both in the Premier League and in Europe.

United travel to the King Power on Saturday to face Leicester City, before taking on Atalanta in the Champions League.

It’s then all eyes on Old Trafford as Solskjaer’s side take on old rivals Liverpool in an early test of both sides’ title credentials.

They then have league encounters with Tottenham and Manchester City, either side of the return tie with Italian side Atalanta.

There is a hope that Maguire could return after the international break, with the manager's latest update suggesting that was a possibility.

Speaking after the 1-1 draw with Everton at the start of the month, Solskjaer said: "Let's see, it's still two weeks until the next game, so we're hoping [he will be back] but we don't know."

Meanwhile, Marcus Rashford is also closing in on his first appearance of the campaign after undergoing shoulder surgery after Euro 2020.

The England striker has been back in training for a number of weeks and took his biggest step towards a return, scoring a brace in a behind-closed-doors friendly with Blackburn Rovers last week.