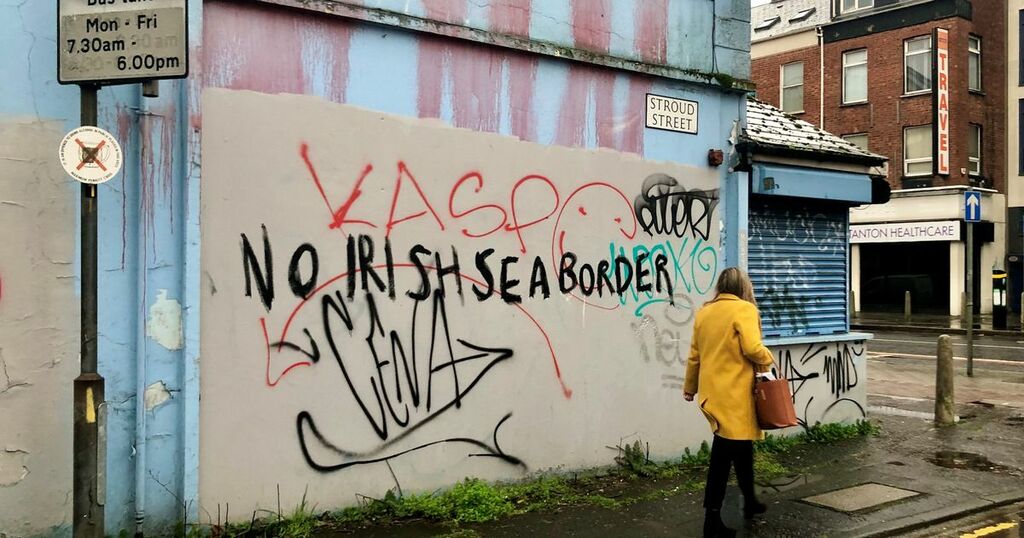 The DUP today threatened to withdraw from Northern Ireland's power-sharing in protest at the chaotic fallout of Brexit.

DUP leader Sir Jeffrey Donaldson admitted the move could plunge the region into fresh turmoil - but said he had been left with no alternative.

Months of talks on how to fix the problem remain unresolved, with Brussels insisting checks are needed to prevent goods slipping uncontrolled from non-EU Northern Ireland to the EU-member Republic.

Sir Jeffrey today announced DUP ministers will "seek to block additional checks at the ports" - even if officials are ordered to carry them out by the UK government and EU.

He also declared the unionist party will no longer take part in 'strand two' of north-south co-operation under the Good Friday Agreement, effective immediately.

"I do so in full knowledge of the knock-on effects that such a move may have and the instability that may result," he said. "But we simply cannot go on like this."

While he stopped short of pulling out of power-sharing at the Northern Ireland Assembly, Sir Jeffrey threatened to do so at a later date.

Sir Jeffrey said: "If in the final analysis those who are democratically elected by the people of Northern Ireland lack the power to prevent such checks, and the protocol issues remain, then the position in office of DUP Ministers would become untenable.

"Let me be clear: if the choice is ultimately between remaining in office or implementing the protocol in its present form, then the only option for any unionist Minister would be to cease to hold such office."

He added: "I say not as a threat, but as a matter of political reality that our political institutions will not survive a failure to resolve the problems that the protocol has created.

"Neither will they survive an indefinite ‘stand still’ period; urgent action is needed."

The speech comes as Sir Jeffrey tries to rally the DUP from polling that has put it behind rival unionist parties ahead of the next Northern Ireland Assembly election.

He outlined seven tests to change the protocol:

Sir Jeffrey added: "I want to set out a timetable to see these issues resolved and to provide a window of opportunity for solutions to be found.

"I do this not to be unhelpful, but to focus minds on the solutions that need to be found and to prevent the situation in Northern Ireland spiralling out of control.

"I hope that such a framework will allow a measure of political stability to be secured over the coming weeks, but make it very clear that time is short, and consequences will follow.

"Some of these consequences we will have control of and some we will not."

Responding to the comments, a spokesman for Boris Johnson - who signed off the arrangements as part of his Brexit deal - said: “I think this illustrates the real pressure the protocol is causing in Northern Ireland and the lack of cross community support for the current arrangements.”

He added: “We believe that the challenges the DUP and others have set out illustrate that the protocol in its current form is simply not sustainable.”