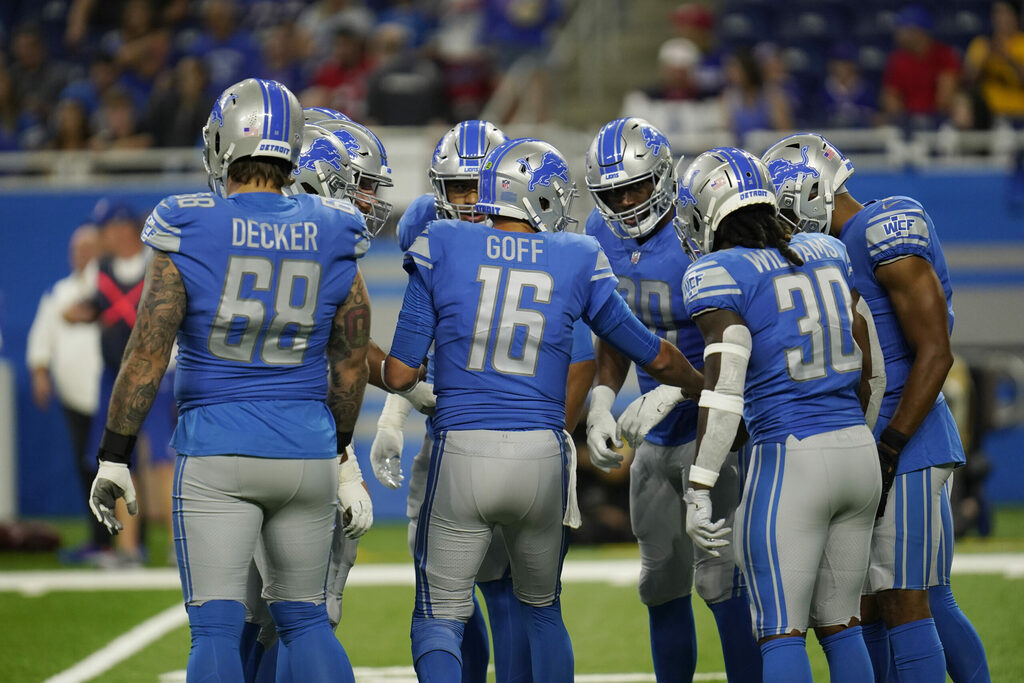 The Detroit Lions are set to host the San Francisco 49ers for their kickoff of the 2021 NFL season and start a new Lions football era. The amount of changes the organization has made in the wake of the previous regime is very noticeable, from the energy to honesty inside the organization. In addition, you can see from the players that they seem to have a new skip in their step and are excited for the direction they are heading.

The sheer amount of roster turnover the Lions accrued over this past season is very recognizable. It is very easy to tell the players Brad Holmes and company value versus the QuinnTricia era all the way from the receivers to the linebackers. Also, considering the organization knows they probably won’t be competitive this year decided to go forward with a youth movement and player development to see if the players can become contributors towards future seasons.

Recently, the Lions released their Week 1 depth chart and the complete 180-degree turn from last year. 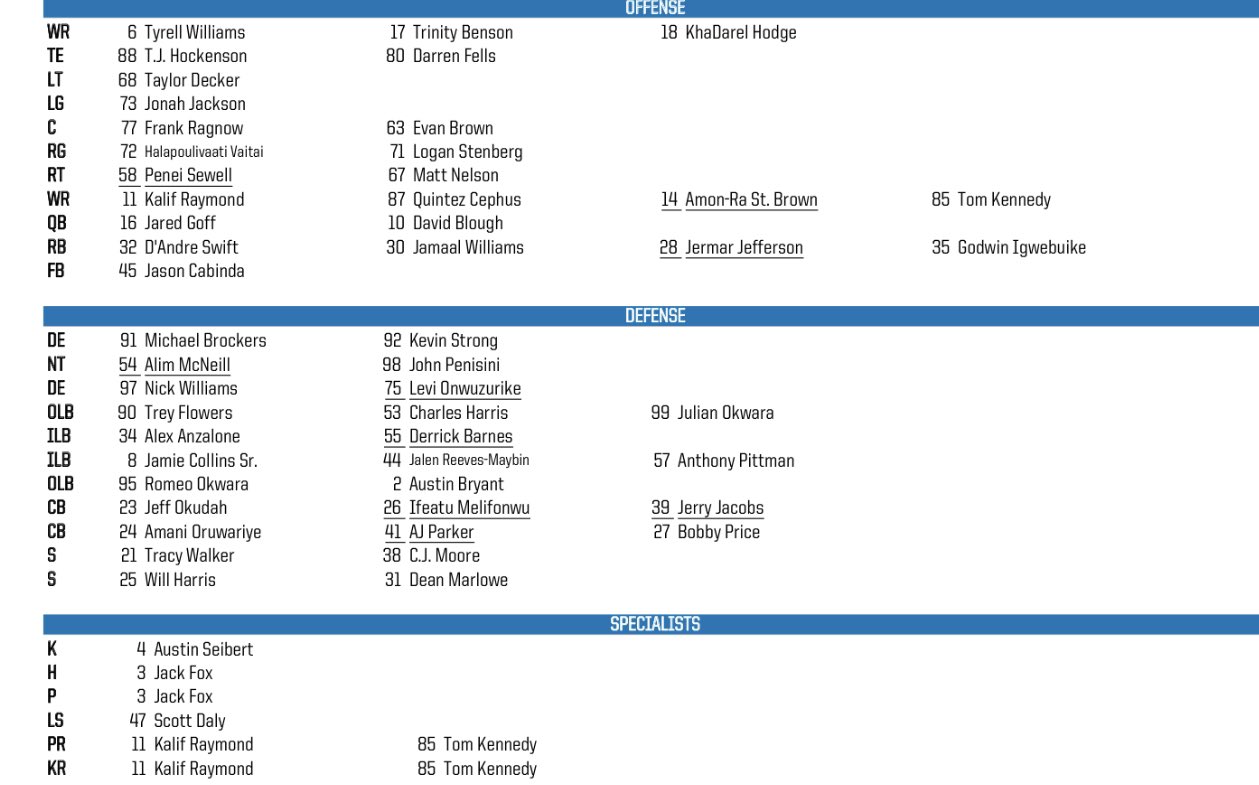 For many, this is almost like the scene in Major League where they are reading the starting lineup, and at which point, one person replies, “who are these guys?”

Everyone who has followed knows the team will not be stock pilled with big names, but what they are filled with are hard-nosed players who will compete every day and fight for their fellow brothers.

As you can see, there are not many surprises considering throughout the preseason; it became abundantly clear who were slated to become the starters. Even though Amon-Ra St. Brown is listed as the 5/6 receiver on the depth does not mean he will not start; quite the opposite. He will be heavily featured in the offense, but the Lions run a two-receiver set, and they named their outside receivers first in the pecking order, then the slot receiver. So don’t be worried, we should see plenty of the Sun God.

One area that was different than what was expected was who was slated as the return specialists. Understandably Kalif Raymond is slotted as the starter for both punt and kick returns. Still, considering he is slated as the Lions’ number two receiver, they might subject him to return duties. It’ll be interesting to see if they stick to that or roll with Tom Kennedy or Godwin Igwebuike, who showed his return prowess throughout the preseason.

Surely many will be up in arms with Nick Williams slated over Levi Onwuzurike, considering the effectiveness from Onwuzurike showed through the preseason. When Williams came off the COVID-19 exempt list, he fell right into his groove with the defense, and also, considering his veteran status, it might’ve given him a leg up. Just like St. Brown, though, don’t get caught up with who is placed as the starter considering the Lions will be heavily rotating players in and out, and Onwuzurike will be heavily involved.

With the protected list released along with the first practice and injury report coming soon, this could all change in a minute. Even though there were not many surprises, this gives you an idea of where players may sit in their corresponding position groups and how they might be used on their respective sides of the ball.