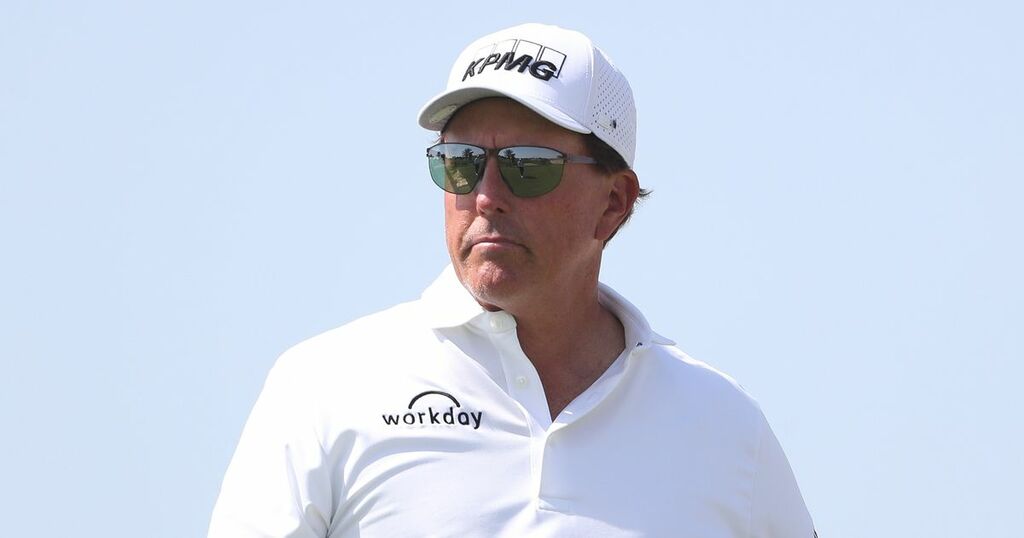 Phil Mickelson will not defend his title in next week’s US PGA Championship at Southern Hills, tournament organisers have announced.

Phil Mickelson has withdrawn from next week's PGA Championship, ensuring the six-time major champion will not be able to defend his title, according to tournament organisers.

Mickelson became the oldest major winner in golf history last year when he won the event - the second major tournament of the year - at Kiawah Island. He has not played since January after taking a break from the sport in the wake of his ill-advised comments on Saudi human rights issues amid the Saudi-backed LIV Golf Invitational Series.

The fallout meant Mickelson missed the Masters for the first time in 28 years and was excluded from the annual champions dinner at Augusta. Mickelson has not been seen publicly since he played in the Saudi International on February 6.

He dismissed the country’s human rights record - including the death of Washington Post reporter Jamal Khashoggi - as he declared he wanted leverage from the PGA Tour. The six-time major champion labelled the Saudis ’scary mother*******’ and has since apologised for his comments, although he still filed a request to play in an LIV Golf Invitational Series event which conflicts with the PGA Tour.

Mickelson’s agent confirmed he has asked the PGA Tour for a conflicting event release to play in the first LIV Golf Invitational series to be held June 9-11 outside London.

The Super Golf League, which was being funded by Saudi Arabia’s Public Investment Fund, was set to launch its 14-event schedule and complete line-up of committed players during the week of the Genesis Invitational in mid-February. However, Mickelson’s comments were released and sent shockwaves across the sport.

He was heavily criticised for his comments, with several stars - including Jon Rahm, Dustin Johnson, Bryson DeChambeau among others - declaring their loyalty to the PGA Tour. However, heads will undoubtedly be turned by the sheer prize money on offer.

Total prize money for the eight events - five of which are scheduled to be held in the United States - will be over £200million and the seven regular-season tournaments will have total purses of £20m, which would be the richest in professional golf, with £16m in individual prizes and £4m for the top three teams. The top three individuals after the seven regular-season events will also share a £24m bonus.

The season-ending team match-play championship is scheduled for October 27-30 at Trump National Doral in Miami. It will provide another £40m in prize money.

Big names like Mickelson, Sergio Garcia and Lee Westwood are among the players who have sought permission from the PGA Tour to play in the LIV Golf Invitational Series. Justin Thomas, who confirmed he will remain on the PGA Tour, recently revealed he wants the transition to hurry up in order to avoid as much publicity as possible.

“You know, its like, look, if you want to go, go,” Thomas told Sky Sports. “I mean there’s been plenty of guys that have been advocates of it and have just talked it up all the time and they have been guys behind the scenes that are saying, ‘I’m going, I’m doing this.’ And like my whole thing is, like just go then.

World No 1 Scottie Scheffler, who won the Masters last month, will start as one of the pre-tournament favourites. Former US PGA champions Rory McIlroy, Thomas, Brooks Koepka and Collin Morikawa are also among those in the field.

World No 3 Jon Rahm, who played alongside Woods in one of his rounds at Augusta, has also been heavily backed. The Spaniard is seeking a second major having captured the US Open in 2021.

Phil Mickelson will not defend his title in next week’s US PGA Championship at Southern Hills, tournament organisers have announced.