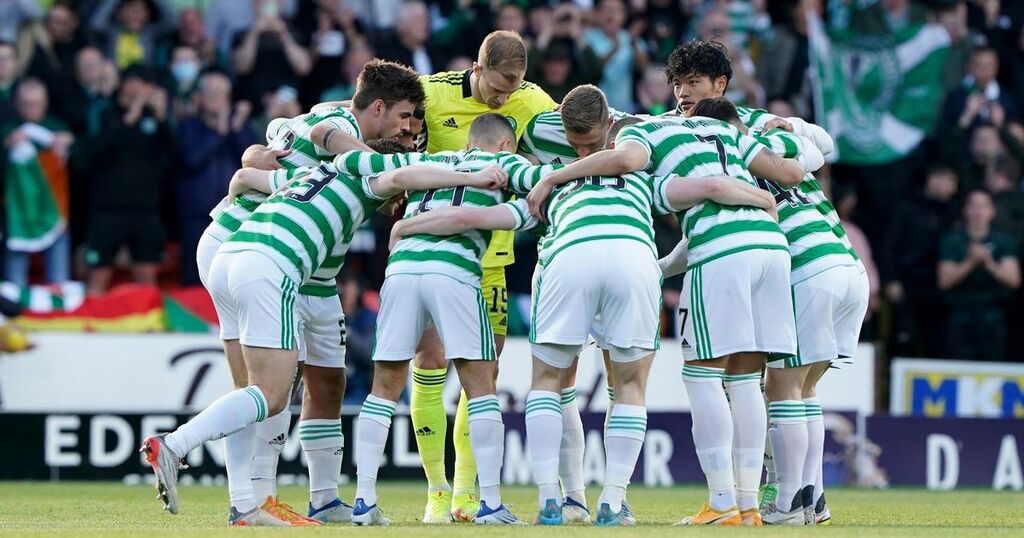 Celtic reclaimed the Scottish Premiership title on Wednesday night with a 1-1 draw at Dundee United.

The pundit reckons the Hoops boss has already overtaken Gerrard in terms of achievements in Scottish football.

Ange Postecoglou's side needed just a point against fourth-place Dundee United to confirm their 52nd league championship. A second-half strike from Giorgos Giakoumakis gave them a crucial lead before Dylan Levitt's equaliser secured a point for the hosts.

Celtic have now won 10 of the last 11 Scottish Premiership titles, having lost their crown to local rivals Rangers last term. The Gers were also in action on Wednesday evening, hammering Ross County 4-1 in their final game at Ibrox this season.

Celtic have enjoyed a great season under Australian manager Postecoglou, who was appointed last summer. They lifted the Scottish League Cup in December, beating Hibernian 2-1 at Hampden to win the competition for the 20th time.

The Glasgow side will lift the coveted trophy on Saturday afternoon, when they welcome Motherwell to Parkhead for their final home fixture of the season. That's also their last game of the term, having missed out on a spot in the Scottish Cup final.

Rangers and Hearts will meet at Hampden in the Scottish Cup final on Saturday, May 21. The Gers have also reached the Europa League final and will take on German side Eintracht Frankfurt in Seville three days before their domestic cup encounter.

Can Celtic retain their title next season? Let us know in the comments below!

"It's been a hell of a season," Postecoglou told reporters on Wednesday evening. "Our starting point was a fair way back and the way this group of players and staff has risen to the challenge - I couldn't be more proud.

"It's fairly overwhelming. It's taken every ounce of me to get us where we are and when you get to the finish line, you just want to collapse. We've been focused all season, not getting distracted by anything. The players were really good at dealing with what was in front of them - and that's not easy to do."

Postecoglou went on to say: "The dream was always to manage a famous club and try and make an impact. When something is almost a lifelong obsession and you finally get there, it's hard to put into words.

"It almost feels like two seasons in one. We've jammed in a rebuilding season and a season to win. We had a lot of work to do, and with the support of everyone at the club, we got there."

Goalkeeper Joe Hart added: "I feel great. It's a feeling you never ever, ever get tired of. Things don't always go your way but I live in the moment and this is my journey.

"The manager can only pick one goalie. At the moment, he's picking me and I'm doing everything I can to stay in that team and be part of this."

Celtic reclaimed the Scottish Premiership title on Wednesday night with a 1-1 draw at Dundee United.

The pundit reckons the Hoops boss has already overtaken Gerrard in terms of achievements in Scottish football.