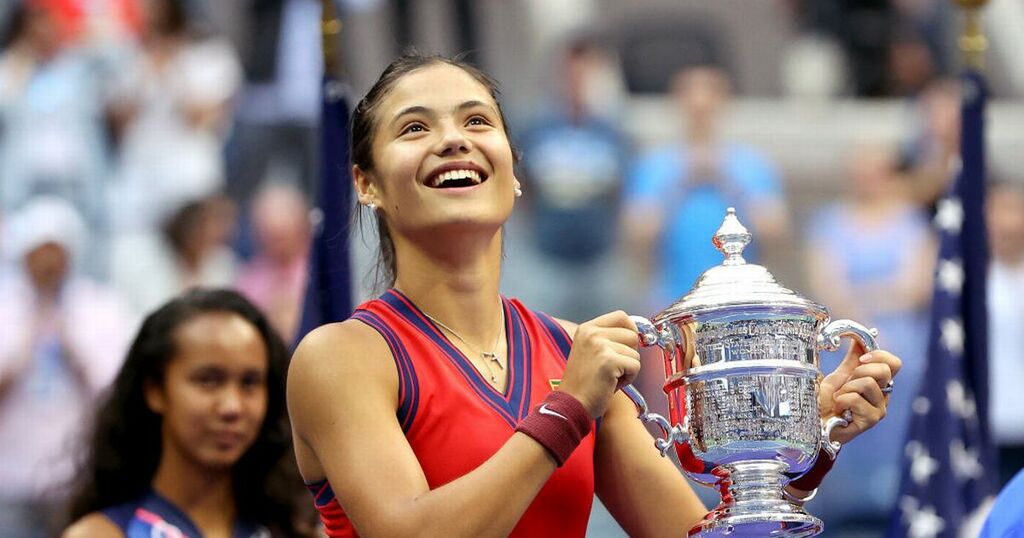 Emma Raducanu has become the first British woman to win a tennis grand slam in 44 years as she completed a remarkable success at the US Open in New York.

Raducanu, who reached the fourth round at Wimbledon earlier this year, didn't drop a set en route to winning the tournament.

The teenager made history as she becomes the first qualifier to win the Grand Slam, beating 17th seed Fernandez in the process.

Unknown to many prior to her stellar performance at Wimbledon, Raducanu has gone some way to establishing herself as one of the brightest tennis stars on the planet.

Showing her composure time and time again, Raducanu fended off swathes of momentum from Fernandez throughout the first and second set to secure a memorable victory.

Serving for Championship point, Raducanu mustered up an ace at the most crucial stage before collapsing to the floor in disbelief.

The latter stages of the final played witness to dramatic scenes after the 18-year-old was the subject of a medical time-out due to a cut knee.

Once the bleeding had been stemmed, Raducanu recovered quickly to end the 53-year wait for a Great British woman to win the US Open.

In what is already a remarkable story, just three months ago Raducanu was sitting her A-level exams in hometown Bromley, UK.

Raducanu made the better start, confidently holding serve in the opening game and then taking her sixth opportunity to break for 2-0.

Throughout the contest, every rally was hard fought, neither woman shirking an opportunity to strike the first blow but reading each other’s games in a way none of their previous opponents had managed - it was quite the match-up.

The second set saw Raducanu make what was probably the shot of the tournament – brought up two set points in the 10th game.

Fernandez saved both, and a third, but on her fourth opportunity the British teenager drilled a forehand down the line to take it 6-4.

Raducanu again threatened to break for a 2-0 lead in the second set, only for Fernandez to put her disappointment behind her and save three break points.

The Canadian then broke serve herself to lead 2-1 but back came Raducanu with what proved the decisive break of the match.

A run of four straight games took her to the brink of victory but Fernandez was not finished, saving two match points to force Raducanu to try to serve it out.

Raducanu saved the break point, and another, before bringing up her third match point. And this time she took it – with an ace, sealing a phenomenal 6-4 6-3 victory.

Following the contest, runner up Fernandez was humble in defeat, stating: "It is incredible. I have no idea what to say. Today is going to be hard but Emma played amazing. Congratulations.

" I am very proud of myself and having the New York crowd has been amazing. Thank you so much New York."

Raducanu returned the compliment, explaining: "First of all, I really want to congratulate Leylah and her team, she played some incredible tennis and has beaten some of the top players in the world.

"The level was extremely high and I hope we play each other in many more tournaments and hopefully finals. As for this three weeks in New York, I would say having such a supportive team, the LTA my agent, and everyone back home watching on TV, thank you so much for your support over the years.

"Thank you for making me feel so at home from my first qualifying match, you have spurred me on in some difficult moments and I hope me and Leylah put on a good match today."