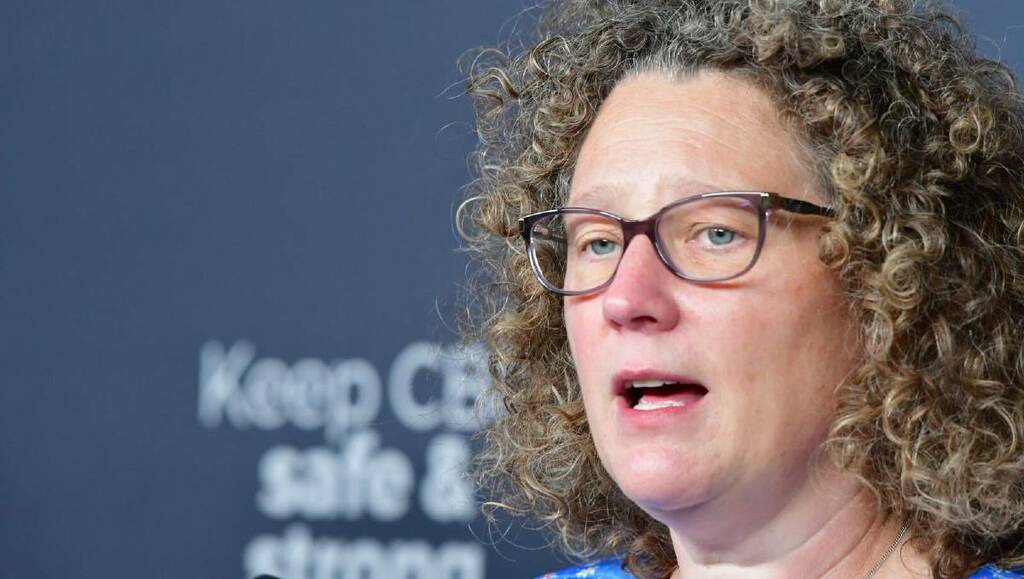 Fewer than 5 per cent of cases in Canberra's COVID-19 outbreak have been fully vaccinated, as authorities express concern about a rise in hospitalisations.

ACT chief health officer Dr Kerryn Coleman said only 20 people who had contracted the virus in this outbreak were fully vaccinated.

The vast majority of the unvaccinated people who have caught COVID-19 in the ACT outbreak are in people aged under 49, who made up 339 of the 361 unvaccinated cases.

"This is not unexpected, given 84 per cent of our confirmed cases are aged under 45 years and actually haven't been eligible for vaccination for as long as the other age groups," Dr Coleman said.

There were 24 new COVID-19 cases reported in the ACT in the 24 hours to 8pm on Thursday, with most linked and more than half in quarantine throughout their infectious period.

Eighteen of the cases have been linked, while six are under investigation.

But the number of people in hospital has climbed. There are 15 people receiving treatment across both Canberra and Calvary hospitals. Four people are in intensive care and one is on a ventilator.

The youngest person in hospital is under 12 and the oldest is in their mid-70s.

Forty-two people have been hospitalised throughout Canberra's outbreak, which is a hospitalisation rate of 9 per cent.

"It is a little concerning to me that it is starting to rise a little bit but the hospital system is definitely coping," she said.

Eleven of the cases in hospital are unvaccinated, three have had their first dose and the vaccination status of two is unclear.

"All of this together supports the importance of getting vaccinated as soon as you possibly can, not only to protect yourself from severe illness but also to protect those of us who are unable to get vaccinated in this time, and particularly noting children under 12 years of age," Dr Coleman said.

Health authorities have linked 90 per cent of total cases - 414 out of 463 - to known cases or outbreaks. However, 40 cases are unlinked, which includes nine cases under initial investigations.

The ACT is also undertaking work to boost its testing capacity.

Health Minister Rachel Stephen-Smith said the capacity to run COVID-19 tests in the ACT would be bolstered to 10,000 tests a day.

She said the testing turnaround time was excellent, but slowed when more swabs were collected a day than ACT labs could process, she said.

Ms Stephen-Smith said that capacity would come into its own if there was another surge in demand for testing.