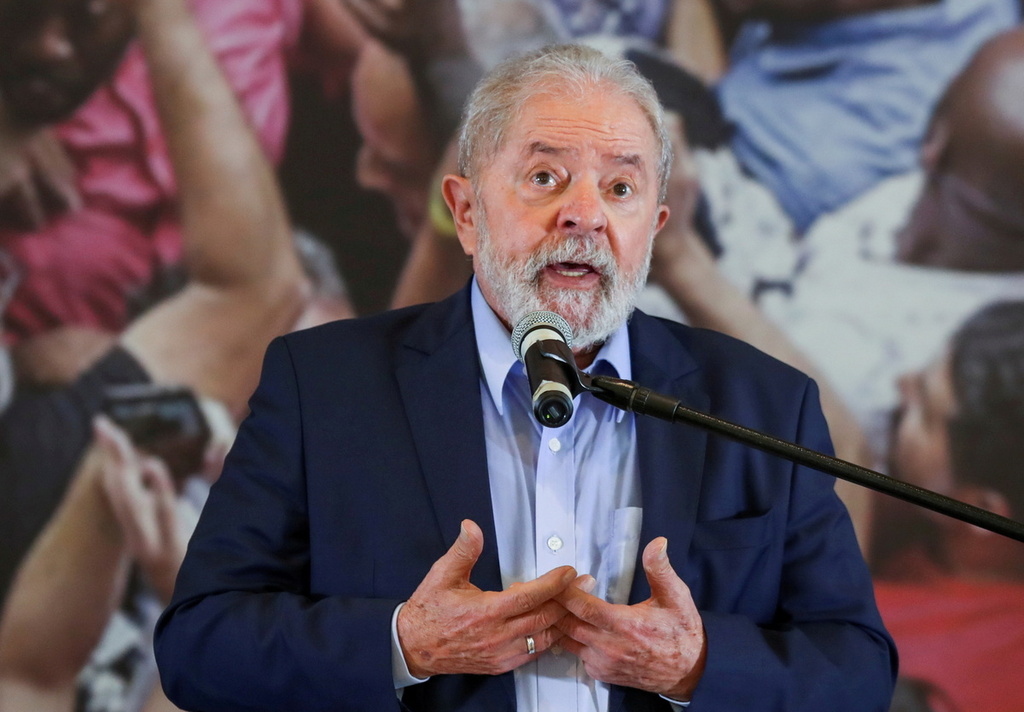 Lula, a former union leader who led Brazil from 2003 to 2010, is expected to challenge far-right President Jair Bolsonaro, though neither has officially declared their candidacy.

Lula holds a commanding double-digit lead in opinion polls over Bolsonaro, whose popularity has plummeted over his handling of the world's second-deadliest COVID-19 outbreak, high unemployment and rising inflation.

Lula chatted with the mostly women workers separating recyclable items from garbage on a conveyor belt and asked them about their work conditions and wages. Some cheered his visit with shouts of "Lula for president in 2022."

The 450 workers previously scraped out a living scavenging on Latin America's second-largest rubbish dump, which was closed in 2018. They asked Lula to call on Brazilians to separate food from recyclable trash at home to make their work easier.

Lula has met with politicians in Brasilia as he begins to forge alliances with his Workers Party. On Friday, he will hold a news conference in the capital.