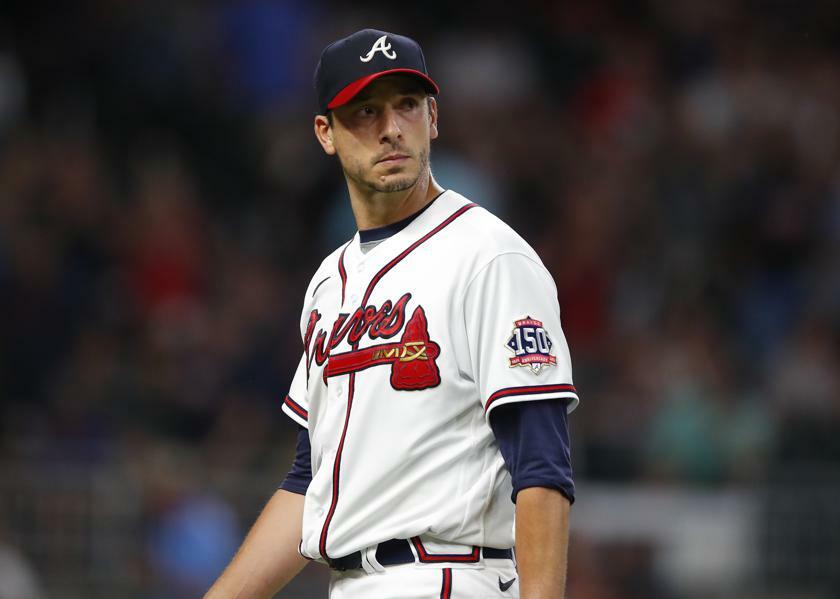 The matchups are set for Major League Baseball’s Division Series.

The Chicago White Sox and Houston Astros meet in one American League series while the Boston Red Sox square off with the Tampa Bay Rays in the other. Both best-of-five series begin Thursday.

Here is a look at four players to watch in the NLDS round:

The left-hander will start one game of the series for the White Sox, most likely Game 4 if necessary, and he is truly an X factor.

Rodon had the best of his seven seasons in the major leagues this season after missing most of the previous two years when he tore an elbow ligament and needed Tommy John reconstructive surgery.

The 28-year-old had a 13-5 record with a 2.37 ERA in 24 starts while striking out 185 in 132 2/3 innings. Rodon also threw his first career no-hitter April 14. That came after the White Sox allowed Rodon to become a free agent last season before re-signing him a bargain one-year, $3-million contract.

Rodon pitched a total of 42 1/3 innings in 2019 and 2020 and had arm soreness late in the regular season this season. Thus, whether Rodon can hold up physically throughout the postseason remains to be seen.

Rodon is eligible for free agency at the end of the season. He certainly wold enhance his chances of getting a big payday with a strong October.

The shortstop is eligible for free agency at the end of the season. It seems doubtful the Astros will re-sign him.

Correa turned down a six-year, $120-million offer at the start of the season and is believed to be seeking a deal similar to the 10-year, $341-million contract shortstop Francisco Lindor signed with the New York Mets on opening day.

The largest free agent contract the Astros have given out during Jim Crane’s ownership is four years and $52 million to Josh Reddick during the 2016-17 offseason.

Correa is synonymous with the Astros’ rise from laughingstock to World Series champions in 2017 and American League Championship Series participants each of the past four years. The Astros chose him with the first overall pick in the 2012 amateur draft, the same year they lost 107 games.

Considering he hit a career-high 26 home runs this season in 148 games with a .279 batting average, Correa will carry some momentum into the open market.

Morton often talks about the day coming when he will retire and spend more time with his wife and four children at their home in Lakewood Ranch, Fla.

However, the Atlanta Braves 37-year-old right-hander keeps putting that decision off, primarily because he continues to pitch too well to hang up the spikes. He had another outstanding season in 2020, going 14-6 with a 3.34 ERA in leading the NL with 33 starts after signing a one-year, $15-million contract in the offseason as a free agent.

Morton will start Game 1 for the Braves against the Brewers. Atlanta has also enticed him to come back for at least one more season, signing him to a one-year, $22-million contract for 2022 that includes a $22-million club option for 2023.

It seems the older Morton gets, the better he pitches. Since joining the Astros prior to 2017 season, Morton has a remarkable 61-24 record with a 3.34 ERA in a five-year span that has also included a two-year stop with the Tampa Bay Rays.

The Brewers have made the postseason in all four seasons since acquiring Yelich from the Miami Marlins in a trade. However, the left fielder has had two subpar seasons in a row as injuries seem to be taking their toll.

Yelich hit .248 with nine home runs in 117 games during the regular season this year, though 70 walks boosted his on-base percentage to .362. That came after he had a .205 batting average and 12 homers in 58 games during the pandemic-shortened 2020 season.

However, Yelich fractured his kneecap during a September game in 2019 and hasn’t been the same. He was sidelined by a lower back strain for a month in the early part of this season and tested positive for COVID-19.

The 29-year-old Yelich has seven years and $188.5 million remaining on his contract beyond this season. The Brewers can only hope that deal does not become an albatross.