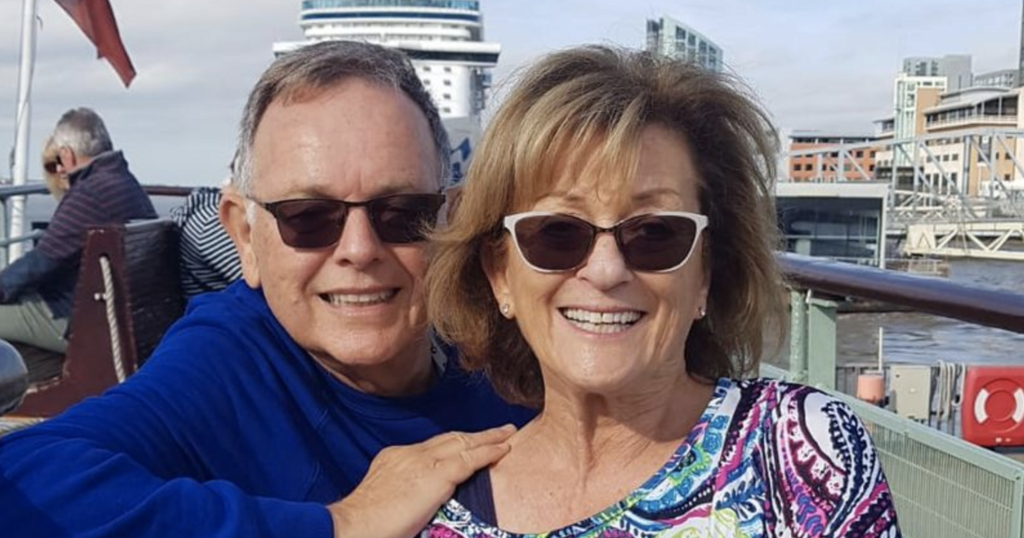 A brave taxi driver has been branded a hero after his "brave actions" rescuing a 69-year-old woman who fell down into a 7ft ditch in Belfast.

Keith Graham was transporting Barbara Jaye, her husband Alan and a close friend to visit famous north coast near the Giant's Causeway after they arrived in Belfast on the Sky Princess cruise ship when Barbara got into difficulty after stopping to be sick.

Alan told Belfast Live that his wife had a heavy cold for a couple of days and despite him telling her she shouldn't go on Tuesday's trip to the Causeway, Barbara insisted she was OK.

Alan said: "The Giants Causeway was about 70 miles from the ship and whilst she stayed in the taxi most of the time, she started to feel sick. On the way back, she asked the driver to stop so he pulled over quickly.

"As she stepped out of the cab onto a grassy embankment, she lost her footing and fell headfirst into a grassy bramble filled ditch, narrowly missing an old fence post. If she'd had fallen on that, the outcome could have been very different."

He explained that Barbara's coat became caught in the brambles and being unable to move or manoeuvre herself, she passed out after her fall.

"She was eventually rescued by the brave actions of Mr Graham, close friend Howard Brenner and myself all of whom braved the rain and awful conditions, climbed into the ditch without fear for their own safety and managed to physically pull Barbara from danger.

"Barbara was wedged upside down in the ditch and was caught up in the brambles so could not turn herself around. I could only get about halfway down the side of the ditch but Keith jumped down and somehow managed to turn Barbara so that I could grab one arm.

"By this time she had passed out so with me pulling and Keith pushing, we managed to get her halfway up the side of the ditch and then Howard was able to grab her other arm and we manhandled her back onto the verge. We could not have managed this without Keith. He deserves a bravery award," Alan said.

Barbara, who was celebrating her 48th wedding anniversary with Alan, is now recovering back on the ship which is headed for Le Harve and fortunately suffered only minor injuries to her hands and feet.

"She was very shocked and unwell and slept from about 3:30 yesterday afternoon until 10:30 this morning although she was sick again in the night. In the last hour or so she seems to have picked up a bit," Alan added.

"She's had some soup and a roll and doesn't feel sick at the moment. Her hand is very bruised. We removed a bramble from her palm.

"She was lucky not to land on a concealed fence spike, as was Keith when he jumped in to help her. This could have been a very different story."