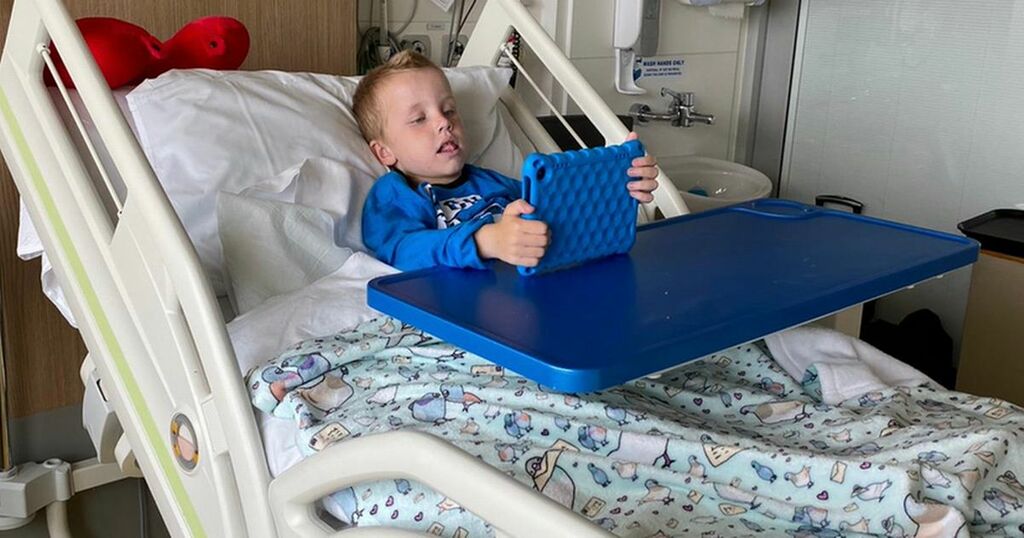 Wales Online
Mum and son, 8, have same condition that plagues their body with tumours

Chinese President Xi Jinping is suffering from "cerebral aneurysm" and had to be hospitalized at the end of 2021, news…

A boy who felt his tongue tingling when he was at school was actually having a serious stroke.

Joey Devine, from St Helens, was only ten when he had a brain haemorrhage out of the blue on November 16, 2018. He was at school when he had a strange taste in his mouth, his tongue started tingling and he realised he couldn’t speak or feel his right arm.

His parents Karen and Nick drove him to Whiston Paediatric A&E, where scans showed he had an AVM – an Arteriovenous Malformation – when blood vessels in the brain are tangled. Joey’s had burst and caused a bleed on his brain.

READ MORE: 'Much loved' woman spoke to mum after surgery but then 'never came round'

The doctors managed to remove the AVM and he was placed in an induced coma for three days. When he woke, Joey was told he might never walk or talk again.

On Sunday, May 15, Joey will attempt the Oli Safari Walk around Knowsley Safari Park to raise money for Alder Hey and Whiston hospitals. Joey completed the 3km walk two years ago with the help of his wheelchair but this year they are leaving the chair at home.

Joey’s mum, Karen Devine, a midwife at Whiston Hospital, said: “He was told he might never walk again and now he’s going to attempt to walk three kilometres. I cry every time I see him do something like this.

“It doesn’t matter how long it takes. I just feel so proud of how he’s handled everything.”

Joey, who is now 13, spent time in rehab and therapy at the Children’s Trust and four months in Alder Hey after his stroke. Through their help, he managed to improve his stamina and learn to walk and talk again.

Karen said: “These places saved his life and they’re like a massive family. Joey loves that he can be such an inspiration for other people.

“The fundraising side is what keeps us going and motivated to help other parents in the same situation we found ourselves in. It’s just our way of saying thank you for giving us our little boy back because it could have been a very different story.”

The teenager still needs his wheelchair for long distances and for days out and about in Liverpool but has worked hard to be able to walk most distances in his day-to-day life.

Joey has practised the safari walk around Victoria Park with only a couple of stops on the benches. Karen said he is determined to complete the walk and his attitude since waking up from the coma three years ago has been nothing but positive.

She said: “He’s amazing – he keeps us going because he just gets on with it. He can do so much more than we ever expected and has surpassed all our expectations.”

Joey makes more and more progress every day and is constantly finding he can do new things. On May 10 he had a physio session and was able to stand on his right leg for four seconds – for the first time since his stroke.

Karen said her son still struggles with post-stroke fatigue. He loves school and can now manage whole days but suffers from sensory overload.

She said Joey is naturally clever and, though he has had to work a bit harder in school since his stroke, he doesn’t let it hold him back.

To support Joey’s fundraiser you can visit: https://www.justgiving.com/crowdfunding/joeythelegend

Wales Online
Mum and son, 8, have same condition that plagues their body with tumours

Chinese President Xi Jinping is suffering from "cerebral aneurysm" and had to be hospitalized at the end of 2021, news…