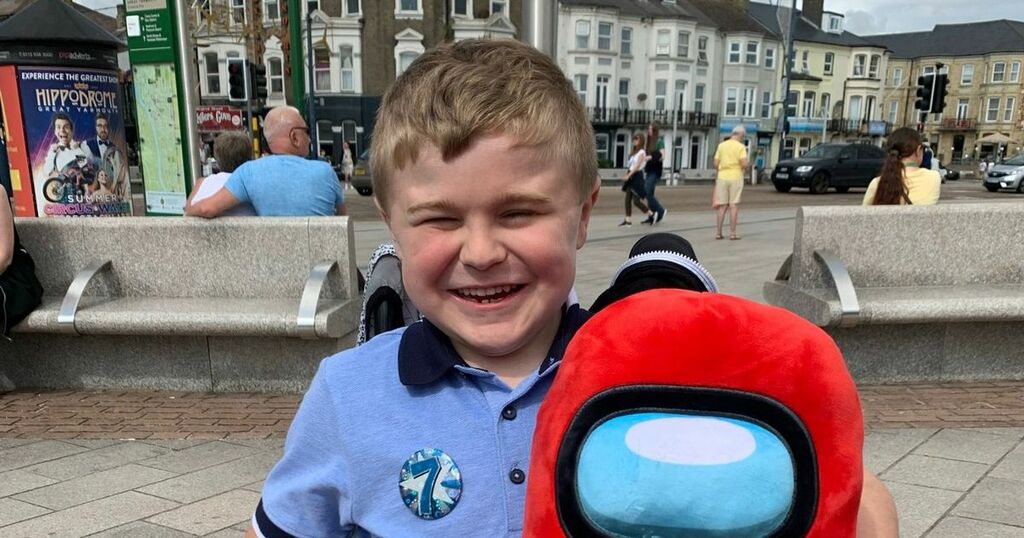 A dad who noticed something different about his son compared to other children had his worst fears confirmed by doctors.

However, it was Arthur's parents noticing how he was different from his classmates that led to his eventual diagnosis.

READ MORE: Man's message to parents of girl, 5, who approached him in Aldi

The 34-year-old dad from Widnes told the ECHO: "We always knew he was a bit slower moving than the other kids but we just put it down to him being young.

"In 2019 he had a sports day at school and we noticed he was considerably slower than his classmates.

"He was also struggling with the stairs at home and the way he got up off the ground was different."

Matthew and his wife, Samantha, had noticed these things about Arthur but it wasn't until Matthew was looking up another condition on the internet that things started to make sense.

He said: "I was looking for something else. My dad was having problems with his legs but when I was looking I come across Duchenne muscular dystrophy.

"Just looking at all the symptoms it was a light bulb moment," adding: "As soon as I put two and two together I got him to the doctors straight away."

DMD almost always affects boys. It is typically diagnosed in childhood between the age of three and six and is the most common and severe form of muscular dystrophy.

Matthew said: "There's no cure, it's a life limiting condition. His life expectancy is between 15 and 30. I've known a few kids that have passed away with it this year that were only 16 years of age."

Matthew and Samantha also have a four-year-old daughter, Audrey. He said they won't find out until she is older if she has the genetic mutation that causes DMD, and could pass it on if she has children of her own in future.

Friends of the family have set up a fundraiser to help buy Arthur an all-terrain wheelchair which he will need in the next few years.

Matthew said: "Arthur knows as much as any seven year old needs to know. He knows he's got poorly muscles. We won't lie to him but he does ask questions."

Adding: "But he's a very happy boy, he's my little hero. He's the strongest person I know - he just gets on with it.

"You feel bad sometimes because he's the one with the condition and you feel bad for getting upset.

"He just doesn't let anything get in his way. If he can't do something he will try and find a way around to be able to do it.

You can find out more about Duchenne muscular dystrophy at https://www.duchenneuk.org/.