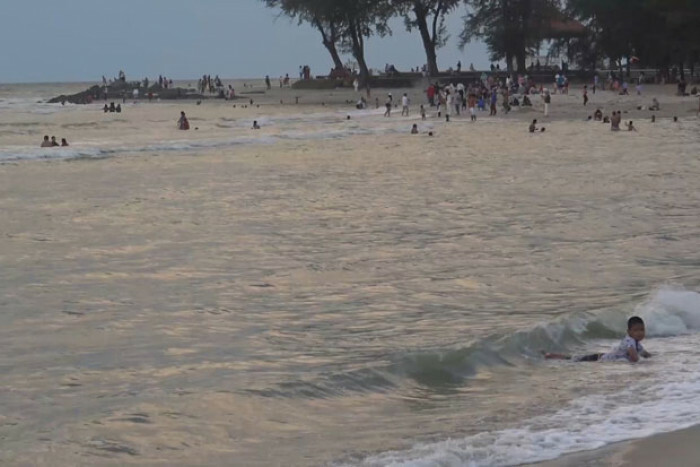 SONGKHLA: A seven-year-old boy drowned while playing with friends in the sea off the Laem Samila beach in Muang district on Saturday, Children's Day, police said.

Witnesses told police that at about 4pm, a group of children were playing in the sea near the Mermaid statue, the beach's landmark, when a boy was seen bobbing up and down in the waves.

Several people walking on the beach rushed into the sea and brought the boy to the shore. He appeared to be unconscious.

Rescuers were called to the scene. They performed a cardiopulmonary resuscitation (CPR) on him, but to no avail. The boy was rushed to Songkhla Hospital, where he was pronounced dead.

The boy's parents were also at the scene when the boy was brought ashore.

The parents, from Songkhla's Chana district, said they brought their son - Takwa Long-alee - to the Laem Samila beach for a family outing on Children's Day. They allowed the boy to play in the sea with friends as they strolled on the beach before the tragic incident occurred, they said.