Boy, 17, beaten up on Metrolink by gang of "animals" is rescued by Good Samaritan 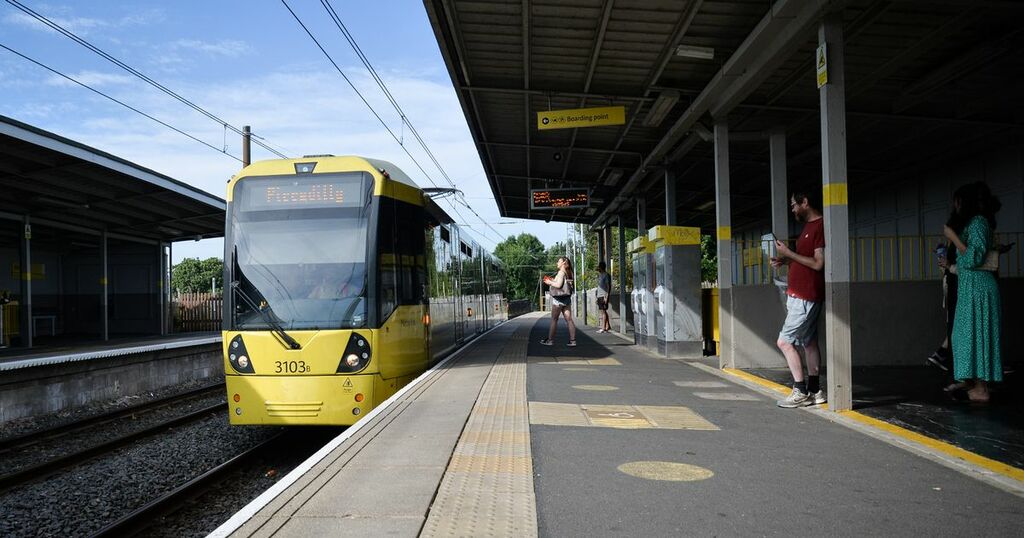 A boy was brutally attacked on a Metrolink tram.

The victim, aged 17, was repeatedly beaten about the head by a gang of up to six youths.

The assault was in broad daylight in front of other passengers as the thugs attempted rob the boy of his rucksack.

He was eventually rescued by another passenger who got off the tram with him early.

The incident happened as the boy was travelling between Bury and Radcliffe.

Radcliffe was not his intended destination but he got off there to escape the assault.

The Good Samaritan dialled 999 from the stop and stayed with the boy until his father drove to collect him.

The boy's father called both GMP and Metrolink to warn them that the culprits had remained on the tram, so they could be intercepted. But he says the reaction of both was "apathetic".

Metrolink have apologised for their response and vowed to help identify the culprits.

And Greater Manchester Police's specialist transport unit has now launched an investigation into the attack which happened on Sunday evening. Police patrols on the Bury line have been increased as a result of the attack.

The victim, who has been left with bruising and swelling to his forehead, and a blackeye, told the Manchester Evening News: "I was getting on the tram at around ten to six at Bury. I was just minding my own business then this group came on and they all sat around me.

"They were looking like they would do something bad. I had that gut feeling. Then one of them said 'are you a boy or a girl'. I didn't know who they were talking to so I was just ignoring them. Then one sat behind me and hit on the back of the head.

"I didn't react because I did not want to cause anything. I thought maybe I should move closer to the front. I wasn't sure if it was a single or double tram and I thought maybe if I moved forward the driver might be there.

"But as I was planning to move, one of them who was sat next to me and had no shirt on, tried to grab which was to the side of me on the other seat. Because I had had that gut feeling earlier I had already pulled the bag closer to me. So when he grabbed it I was pretty much pulled out of my seat. I was holding on to my bag because there were a few valuable possessions inside of it.

"Then one of them went to the back of me. I had no idea what he was going to do. He could easily have tried to strangle me. So I instinctively tried to defend myself by pushing him into the door.

"I was on my feet by now, sat right in the middle of the doors. There was plenty of empty sits so it gave them an advantage to do something. There were four other people on the tram, two were in front of me and the others were a the other end.

"As soon as I tried to defend myself they all started attacking me. I went blank then.

"There were at least four to six of them aged 16 to 20. I am doing my best to forget it. It is leaving a bad taste in my mind.

"Someone who was on that tram did come off and assist me. I got off for my own good. I thought if I stayed on I could get broken bones, or concussion.

"They then sat down pretending that nothing had happened. I asked another passenger who was sat on the other side if I was bleeding and he refused to say, just shook his head. I was asking him to help, but he just couldn't.

"Luckily the tram stopped at Radcliffe and I just had to get off for my won safety. One of the attackers did try to follow me off, then he realised this may was staying with me to help me. He helped me call the police and my parents and make sure I was alright as he was trained in first aid."

The boy suffered a chipped tooth, a black eye, and bruising and redness to his forehead.

"It has made me feel traumatised. I am considering counselling. If there are better security systems put on the trams then I may go back on them, possibly. I think if staff were there in high-visibility jackets it would be safer for everyone - at least one in every carriage."

The boy's mother described the thugs as "animals". His father said he was dismayed by the initial response of both police and Metrolink.

"They just didn't seem bothered. I contacted the control room (of Metrolink) which took a fair time. I contacted the police as well using the 101 number. Neither interested about the offenders still being at large on the network. I told them the offenders had stayed on the tram and there response was there's nothing we can do. "

Transport for Greater Manchester's Head of Metrolink, Danny Vaughan, said: "I am sorry that this young boy has had to endure such a shocking incident while travelling on Metrolink, and also that his father's experience when reporting it fell below the standards expected.

"I want to reassure people travelling with us that their safety is our priority and we will not tolerate incidents like this on our network.

"We work closely with the police and other partners to try and prevent incidents of crime and anti-social behaviour right across the region's transport networks, and Metrolink has its own team of TravelSafe officers that dedicate 2,000 hours each week to patrolling our stops and services throughout the day and night, seven days a week.

"All our trams and stops have emergency help points and CCTV and we will not hesitate to hand this over, and do whatever else we can to assist the police with their investigation."

In a statement GMP said: "Police were called to the Radcliffe Metrolink stop just after 6pm on Sunday 5 September to reports that a teenage boy had been assaulted on the tram between Bury and Radcliffe.

"Officers from GMP's Transport Unit followed up on the reports, and found a 17-year-old boy had been approached by a group of unknown males on the tram. Following what appears to have been an attempted robbery, he was assaulted.

"GMP is following all available lines of enquiry, and the investigation is on-going."

Sergeant Steven Wightman-Love from GMP's Transport Unit said: "We understand the distress this incident must have caused the victim and his family. This sort of behaviour will not be tolerated, and we will continue to work with our TravelSafe partners to prevent incidents like this.

"We've stepped up our high visibility patrols along the Bury line, and we're currently following a number of lines of inquiry to ensure we bring those responsible to justice. I want to encourage anyone who may have seen anything, or captured footage of the incident on their phone to come forward.

"The Transport Unit continuously carries out high visibility patrols to provide passenger reassurance and deter criminal activity. In addition, plain clothes officers do regular sweeps of hotpot areas, led by police intelligence and data from our TravelSafe partners. In its first year, the Transport Unit attended 445 incidents, and made 409 arrests.

"If you or anyone you know sees something that isn't right, or you want to report something, don't hesitate to get in touch. You can do so via LiveChat on our website www.gmp.police.uk, but always use 999 in an emergency. You can also call the independent charity Crimestoppers on 0800 555 111."