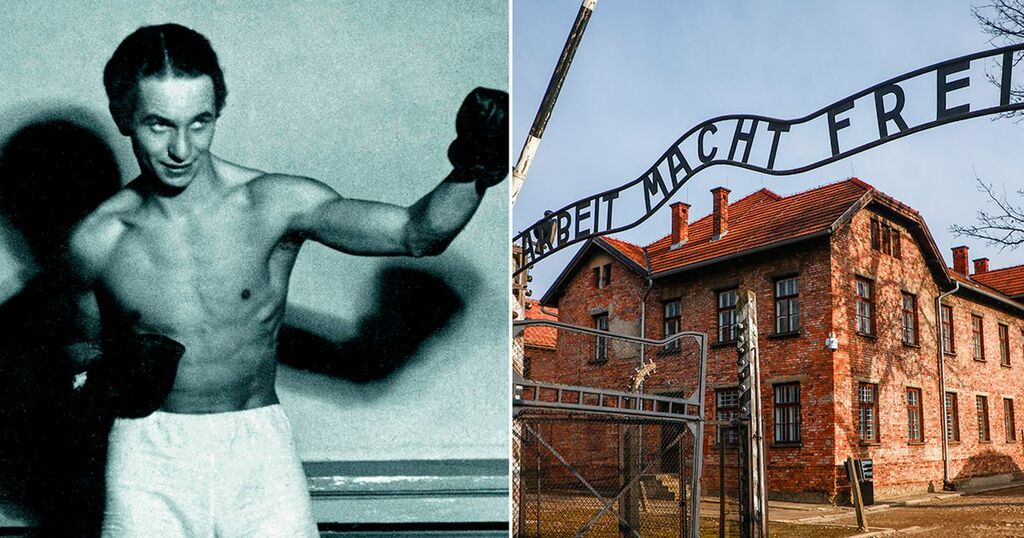 A new and incredible story documenting the fights of Polish boxer Tadeusz Pietrzykowski will be released this year, who gave hope to thousands in several boxing fights in Auschwitz.

The Polish fighter fought in a famous contest in the Auschwitz concentration camp during the Second World War, and his incredible story of bravery began as he defeated a German inmate labelled a "Kapo" who was a much heavier man.

A film documenting the gripping story of bravery will be released in cinemas and theatres across the world later this year, which captures the harsh reality of boxing competitions in Auschwitz during the events of the Holocaust.

And the fighter himself Pietrzykowski documented his brave exploits during a tough time in Poland who spoke about all his inmates who were "hungry" and needed hope.

"From around me I got warnings and gestures that I was crazy: 'He'll kill you, destroy you,'" he said in his official account for the Auschwitz-Birkenau Museum after the war.

"But there was no time to think... There was bread to be won. I was hungry, my friends were hungry."

The Polish warrior fought at bantamweight and before the war was declared as a pre-war Champion of Warsaw in the division, and also had a notorious reputation as having incredible movement and avoiding punches

He won several fights during his time as Prisoner Number 77 in the camp, with every victory providing his inmates with a beacon of hope and incredible special privileges that boosted his fellow prisoners chances of survival.

His incredible story was played by actor Piotr Witkowski in the film, who has revealed that his story of immense bravery and sacrifice needs to be revealed for those who didn't know of the "sporting events".

"It's an incredible story since very few people know there was boxing at Auschwitz, that there were sporting events," said Witkowski.

The brave Polish ambassador of hope was captured as a political prisoner in June 1940 by the Nazi regime, and forced into Auschwitz after trying to escape to France after the invasion.

And his boxing exploits in the death camp began when he was offered the chance to fight Duening, who he drew blood from with a crowd of prisoners watching on and cheering for him.

"There was cheering from both Poles and the German prisoners. It was an interesting event, something new at Auschwitz. So this bout set off matches between inmates of different nationalities," Renata Koszyk told AFP.

"Generally though, sports weren't a widespread phenomenon at Auschwitz. Most inmates were so exhausted from daily work that they couldn't afford to expend extra effort and sometimes didn't even have the strength to walk over to watch."

The film will be released called The Champion of Auschwitz in the UK and is available to watch by Saturday in several cinemas across the country.