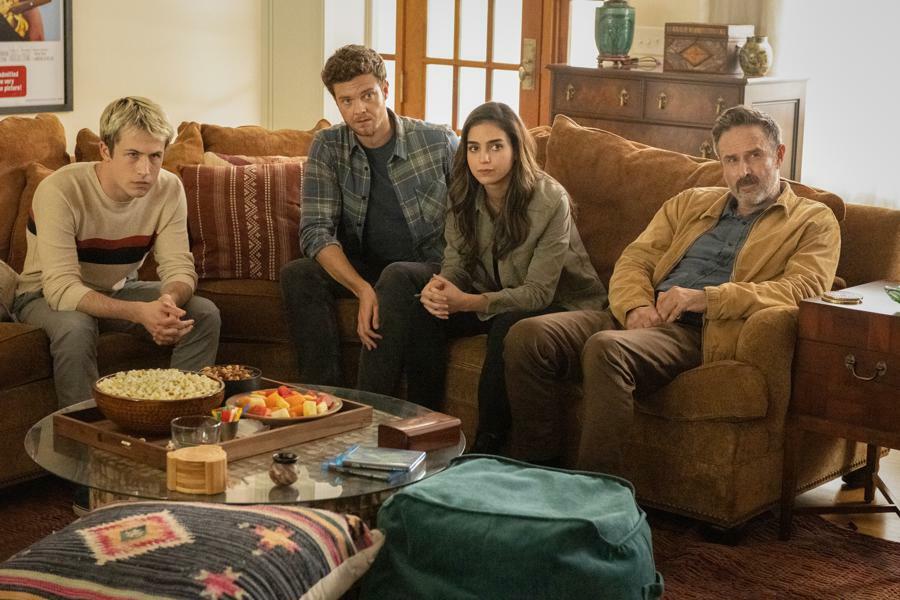 Paramount and Spyglass’s Scream, starring Melissa Barrera, David Arquette, Courtney Cox and Neve Campbell, cut up $3.5 million in Thursday previews. The first three Scream movies opened way before midnight previews, let alone Thursday night screenings, were a par-for-the-course offering for essentially every movie. Scream 4 opened with $1 million in midnight previews in April of 2011, leading to a disappointing $8.2 million Friday and $18.7 million opening weekend. While I’d expect any “part five” sequel to a 25-year-old fan-driven franchise, especially one predicated on twists and turns, to be a little frontloaded, the film has the marketplace essentially to itself over the four-day Martin Luther King Day weekend.

Moreover, reviews are mostly positive (76% fresh and 6.5/10 on Rotten Tomatoes), and those who showed up last night seem to have enjoyed themselves. If you recall, right before everything went to hell Bad Boys for Life was another legacy sequel that benefited from “Hey, this is better than I expected!” reviews and preview buzz to overperform ($6.3 million on Thursday toward an eventual $73 million Fri-Mon debut) over the 2020 MLK weekend. Scream is unusual in that it’s a horror movie that’s opening not in the first weekend of January (as has been the unofficial case since Michael Keaton’s White Noise in 2005) but in the “bigger” MLK holiday weekend.

The last time we had a big horror movie here was 2013, when Andy Muschietti’s Jessica Chastain-led Mama earned $33 million over the holiday. I’d argue M. Night Shyamalan’s Glass was a superhero thriller whose villain previously starred in the horror-specific Split. That said, the Bruce Willis/James McAvoy/Samuel L. Jackson flick earned $3.7 million in Thursday previews and ended up with a $46 million Fri-Mon debut in 2019. Identical legs for Scream, while less likely (it’s an R-rated, comparatively violent, fan-specific part five), would give Scream a terrific $43 million Fri-Mon debut. That would be in line with optimistic tracking offered up over the last week or so.

Paramount was understandably projecting an over/under $25 million Fri-Mon debut. Considering the $24 million budget and indifferent reception to Scream 4, even $25 million would be an over performance in my book. If Scream plays like Bad Boys for Life this weekend (in terms of Thursday-to-four-day-weekend legs) it still gets to $40 million. Legs like A Quiet Place part II ($57 million over Memorial Day weekend 2021 from a $4.8 million Thursday) gets Scream to $41 million. If that seems overly optimistic, maybe it, is but even a more frontloaded run (like Shang-Chi which grossed $94 million over Labor Day weekend from an $8.8 million Thursday) could still see a terrific $35 million Fri-Mon launch.

With good reviews and solid buzz, there’s little reason to expect it to crater. Franchise-specific horror has been mostly bulletproof during the pandemic. Think The Conjuring: The Devil Made Me Do It ($200 million worldwide on a $39 million budget), Halloween Kills ($92 million domestic from a $49 million debut despite being concurrently available on Peacock) and A Quiet Place part II ($297 million worldwide on a $61 million budget despite a 14-month delay). Considering the disdain for Scream 3 and rejection of Scream 4, Scream 5 may join the likes of Godzilla Vs. Kong and Free Guy as films that performed better amid the pandemic than they likely would have had they opened in non-Covid times.