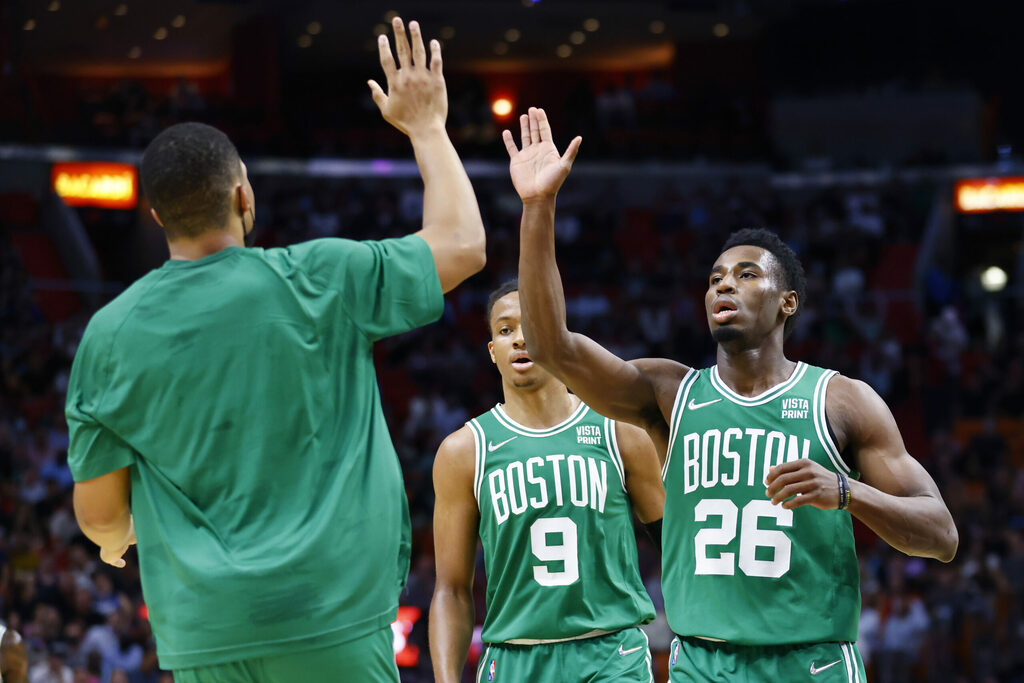 If you have not seen much of second-year Boston Celtics small forward Aaron Nesmith this season, a lot of it has to do with the lack of playing time for the South Carolina native to snap an ongoing shooting slump that has plagued his sophomore season in the NBA.

Shooting just 23.4% from deep this campaign after closing out last season hitting 37% from beyond the arc, Nesmith needs playing time to shake off the rust, but can’t get it without shooting better. An opportunity to play for the Maine Celtics this past weekend however seemed to do the trick as he ended up logging 21 points while hitting 2-of-7 3-point attempts.

“It’s just fun to be able to play the game of basketball, no matter where it is,” offered Nesmith when asked about the experience. “I just love playing.”